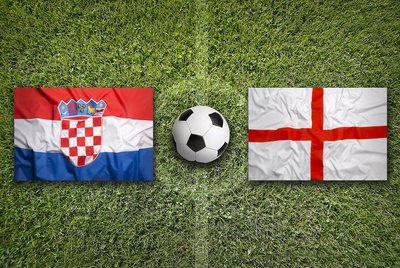 England will be looking to breathe life into their UEFA Nations League campaign with victory over Croatia on Friday.

The 1-2 defeat to Spain, which was unlucky in many regards, has put the Three Lions on the back foot in Group 4, but maximum points in Rijeka – and a revenge victory over the Spaniards on Monday – would help to get Gareth Southgate’s men back in business.

Croatia, World Cup finalists barely four months ago, appear to be a team in transition with a number of notable absentees. They suffered a 0-6 defeat to Spain last time out, and any hopes they had of getting back on track here have been hampered somewhat by the news that the game will take place behind closed doors.

They are serving the second of a two-match punishment after a swastika was marked on the pitch ahead of a game against Italy back in Euro 2016 qualification.

So no fans will be present to welcome their World Cup heroes home, and that surely gives England some kind of advantage ahead of this must-win match.

Dele Alli and Jesse Lingard will miss out for the Three Lions through injury, while World Cup colleague Ashley Young is also on the sidelines. A loss of form and a lack of first team action have seen him lose his place to Manchester United colleague Luke Shaw.

Ruben Loftus-Cheek also sits out after failing to break through into the Chelsea side, but otherwise this has the same sort of feeling as the squad that performed so admirably in Russia.

Southgate has strengthened his numbers with a variety of debutants and young starlets. James Maddison, Jadon Sancho and Mason Mount come into the squad after impressing for Leicester City, Borussia Dortmund and Derby County respectively, and there have been late call-ups for Ben Chilwell and Lewis Dunk, who replaced injured duo Shaw and James Tarkowski.

Others that return after a period of absence, such as Ross Barkley, Nathaniel Chalobah and Harry Winks, have featured before in the Three Lions set-up but lack experience on the international stage.

So how will Southgate line his side up? You’d imagine he will stick with the 3-5-2 system he prefers, with round pegs in round holes rather than the bad old days of trying to accommodate Steven Gerrard, Frank Lampard and Paul Scholes in a 4-4-2.

There are some names that are inked onto the team sheet, you would have thought. Jordan Pickford in goal is one, Jordan Henderson in midfield is another and Harry Kane and Raheem Sterling will surely get the nod up front.

This assumes, of course, that Southgate picks his strongest eleven in Rijeka, rather than holding some players over until the Spain game on Monday.

If he does, then his ball-playing back three of Kyle Walker, John Stones and Harry Maguire will be restored, and they will be provided with protection by Henderson and Eric Dier.

The third midfield position looks to be a straight shootout between the new boys, and you wonder if Barkley – who, while not a first-choice pick at Chelsea has still had plenty of game time this term – will get the nod over Maddison and co.

Another really attacking option would be to play Henderson and Dier as a midfield pair, with Sterling and Marcus Rashford on either side of Kane.

Mario Mandzukic, who scored the Croats’ winner against England, has subsequently retired from international football.

They will struggle to replace the leggy frontman’s goals and presence, with neither Ivan Santini nor Andrej Kramaric quite up to the task and Nikola Kalinic seemingly persona non gratis after being sent home from their World Cup squad in disgrace.

Marcelo Brozovic, an unassuming presence in midfield alongside Ivan Rakitic and FIFA World Footballer of the Year, Luka Modric, is out with injury, although Chelsea’s Mateo Kovacic is an able deputy.

You have to match Croatia in midfield, that’s a given, as their trio in the centre of the park really are a classy unit.

The ‘if it moves, kick it’ defensive style of Lovren and Vida affords opportunities, particularly if the wriggly Sterling plays through the middle, and the loss of Mandzukic will take Croatia some time to get over.

With no passionate home support, another of Croatia’s sources of advantage disappears.

At 2/1, England are value here. This is a game essentially played on neutral ground, and the Three Lions would never be such a lengthy price against a Croatian side with clear and obvious weaknesses.

You can get 11/10 on England in the Draw No Bet market, which certainly has the feel of a value bet, and the powerplay for punters has to be Under 2.5 Goals at 8/13; it’s hard to fathom out where the hosts’ attacking threat will come from.

Previous Post: « UEFA Nations League Betting Tips: Back the Poles and the Russians on Home Soil
Next Post: Dewhurst Stakes Betting Tips: Too Darn Hot a Ray of Sunshine for Punters »