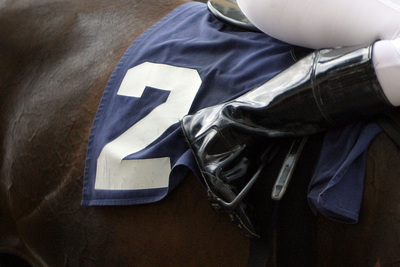 Just seven horses have been declared for Saturday’s late-season Group 1 renewal, the Dewhurst Stakes, which will be run on Newmarket’s Rowley Mile.

The 7f dash showcases the talents of some of the best two-year-olds around, and as such punters should have pen and paper at the ready as they make notes on next season’s potential contenders for the Classics.

Rain is falling heavily in parts of the UK, but – according to the forecast at least – Newmarket should avoid the worst of it, and so the going won’t be too badly affected.

This Dubai Future Champions Festival is one of the last opportunities to see high quality flat racing in 2018, with this Dewhurst Stakes renewal being the obvious highlight.

The likes of Churchill, Rock of Gibraltar and the famous Nijinsky have all gone on to enjoy illustrious careers after taking the spoils in the Dewhurst, and it will be interesting to see if any in this year’s field have the class to match that highly-decorated trio.

Aidan O’Brien seeks a fourth consecutive victory in the renewal, which offers a by no means shabby purse of £500,000, with nearly £300,000 dished out to the winner. There’s plenty to play for then!

Let’s take a look at the runners and riders, and see if we can unearth some Dewhurst Stakes betting tips to savour:

The even money favourite has truly impressed in his short career so far.

The John Gosden colt has served up a perfect three from three record thus far, with victory in the Group 2 Champagne Stakes last time out a hint that this horse really does have the makings of a top-flight campaigner.

Too Darn Hot has proven his moniker to be true so far, winning by four and seven lengths in two of his starts and one-and-a-bit in his last; despite being held up at the rear during the early going.

In renewals like this we’re looking for those horses who we think can make the step up to Group 1 company, and there has been plenty from Too Darn Hot to suggest he has what it takes.

A win on debut at Newmarket back in August gives Sangarius obvious appeal here; even if the early suggestion is that he doesn’t quite have the class of Too Darn Hot.

As witch to softer ground a month later did not hurt, either, with an eye-catching victory in the Flying Scotsman Stakes at Doncaster.

You have to go back two decades for Sir Michael Stoute’s last Dewhurst Stakes winner, and while Sangarius is a classy horse in the making, you’d suggest that a step up in class here may come too soon.

The O’Brien charge will be led by Anthony van Dyke, the most experienced campaigner in the field.

The colt has run five times this season, and forgetting a pretty dire debut back in July has improved prominently since.

His last outing came in the Group 1 National Stakes, where he ran really well and finished strongly to go down by a length to the favourite, Quorto. He bested two others in the field here, and stablemates, in Mohawk and Christmas, into the bargain, which was a repeat of the 1-2-3 in the Futurity Stakes.

At 9/2, the Irish horse could well get into the picture here, and while we fancy Too Darn Hot to take the verdict an each way punt on Anthony van Dyck, as you build your multiples and system bets this weekend, is not a bad call at all.

A quality betting heat is added further class by Advertise, who won the Group 1 Phoenix Stakes last time out.

A winner of the July Stakes at Newmarket and a decent second by a length in the Coventry Stakes, Advertise is clearly a horse with huge potential.

The quandary is that this will be his debut over 7f, with previous outings coming over six, and we have to ask the question: can the Martyn Meade make the step up in such good company?

Possibly not, but this is a horse to keep an eye on for next season, make no mistake.

A winner last time out over 8f at Newmarket, the takeaway point was that Mohawk may well become a top contender at a mile plus.

At the 7f mark life has been tougher, and on two separate occasions the colt has been well beaten by Anthony van Dyke and Christmas.

For betting puritans, it’s bizarre that Christmas is double the price of Mohawk having gotten the better of his O’Brien stablemate twice.

In the grand scheme of things, however, it doesn’t really matter: both look to lack the class to really challenge for honours here.

A winner of a couple of listed outings, there has been little to suggest that Kuwait Currency can make the step up here.

The rank outsider finished dead last in his only start to date at Newmarket, where he was outpaced by a decent field and never looked like getting back into the race.