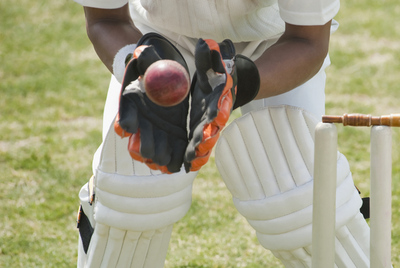 If you weren’t aware, England are currently ranked as the third best test-playing nation (and we’re talking about cricket here) on the planet, and have at times held the number one spot in recent years.

In the summer of 2018 they beat the current number one side, India, in a series on English soil, and a year prior to that also saw off the second-ranked outfit, South Africa.

It would be fair to say that this current generation of English cricketers are a bit handy.

So why do they struggle so badly when playing away from home? Why have they failed to win any of their last four away test series? Why have they only won one series on the road since 2012/13?

An area of particular weakness tends to be the sub-continent, with the Three Lions tasting defeat in each of their last three away series against India, Bangladesh and Pakistan.

England tackle Sri Lanka in a three-test series in November 2018, and their supporters must be wondering if history will repeat itself in hot, dry conditions once more. The bookmakers can barely split them either.

So will England’s troubles in Asia continue for the next couple of years?

Its a sweeping generalisation, of course, but English batsmen simply don’t play spin bowling all that well.

There are exceptions, of course, with those who are light on their feet, comfortable coming down the wicket and also willing/able to grind out slow runs the most likely, but clearly the Three Lions haven’t had many of those in recent times.

Just look at the last time they toured India in 2016, for example. In ten innings, Alistair Cook’s side – as they were back then – could only pass 300 on three occasions. India did so in five of eight innings, and in two of the others they were chasing totals of less than 200 to win the match.

Who were the leading wicket takers in that series? Ravi Ashwin and Ravi Jadeja, with a staggering 54 scalps between them.

There was a similar theme in Bangladesh, when tweakers Mehidy Hasan and Shakib Al-Hasan were the chief destroyers, and in the 2015 series in the UAE against Pakistan, where in three matches the Three Lions lost twice by more than 100 runs. Presiding over England’s downfall were the spin trio of Yasir Shah, Zulfiqar Babar and Shoaib Malik, who between them took 35 wickets in just six innings.

This crop of English batsmen could be in for a rough ride at the hands of the Sri Lankan spinners too. They have warmed up for the series by demolishing South Africa on home soil, and that followed victory in Bangladesh and a morale-boosting narrow 0-1 loss in India.

The Sri Lankans have the world class Rangana Herath, who at 40 years of age will be playing his final test series, as well as the emerging Akila Dananjaya, the ever impressive Dilruwan Perera and the mysterious Lakshan Sandakan.

And so it will be another trial by spin for England’s batters in the Pearl of the Orient, and there is little to suggest they have the nous nor the knowhow to bat for long periods of time against the mobbing ball.

A War of Attrition

There was a time in the summer of 2018 when neither Adil Rashid or Moeen Ali, England’s principle spin bowlers, were even in the side.

Rashid had, for a time at least, decided that his cricketing future in the short form of the game, and had retired from the test arena – a decision he latterly overturned.

Ali, meanwhile, had been dropped after losing his form with the bat, and yet in Sri Lanka both will be tasked with leading the English charge against the largely untried Jack Leach.

The major concern for England is that their primary pair of bowlers are almost wholly ineffectual in the slow, dry conditions of Galle and the like.

James Anderson and Stuart Broad are the Three Lions’ best ever opening partnership; not an opinion, but fact backed by statistics and all sorts of broken records.

Their best work typically comes in England and the ‘English’ conditions of places like South Africa and New Zealand, where the ball seams around off the pitch and moves about through the air.

Take those conditions away, and Anderson and Broad become a different pair entirely. Just look at their stats on that ill-fated tour of India: they took four and eight wickets respectively, at averages of 53.50 and 31.00. Ashwin, by comparison, snaffled 28 victims at a shade over 30.00.

England without Broad and Anderson in their pomp is like David tackling Goliath without his trusty slingshot, and we think we all know how that contest would have ended if old Dave went into it unarmed.

Whenever England head to the sub-continent, it’s a traumatic look into the future where the terrible twosome are no longer leading the attack.

When batting conditions are tough and counter to what you are used to, the only way to ensure success is to batten down the hatches and stick around for the long haul.

Virat Kohli delivered a masterclass of exactly that in the summer of 2018 in India’s tour of England.

There is a theory that Kohli is vulnerable to the swinging and seaming ball; particularly those dangled tantalisingly just outside the off stump.

There may be a grain of truth to that, but Kohli never gave the English bowlers a sniff, leaving anything in his corridor of uncertainty and tucking into anything that strayed in line and length.

The result of his patience and grace under pressure was a return of 593 runs at an average of 59.30; nearly 150 more than the next best in the series averages.

What makes Kohli’s form all the more impressive is that the runs were compiled at a strike rate of just 57.85, which harks back to the ‘good old days’ of test cricket before the T20 format came along and undeniably changed the face of all forms of the game forever.

The question for England’s batsmen in Sri Lanka and in future away series’ in the sub-continent is have you got the patience to grind an innings out?

In Sri Lanka, there will be a pair of spinners bowling in tandem for much of the match, and the run rate will creep down as low as two or three per over. Have the Three Lions willow-wielders got the temperament to accept that? Will they dig in against the moving ball and graft out a big one?

The concern is that England’s premier batsmen, such as Joe Root, Ben Stokes and Jos Buttler, tend to play at a frenetic pace; a side effect of so much limited overs cricket. And so, if they get tied down by the bowlers the inevitable happens: a big shot comes to try and break the stranglehold. There’s a lot of talk about ‘game state’ these days in test cricket, i.e. scoring at a rate which asserts dominance in the overall picture of the match. It wouldn’t have happened in the day of Geoffrey Boycott or Mike Atherton, that’s for sure….

How many of the English batsmen will we see nicking off or getting caught in the outfield in Sri Lanka? Hopefully not too many, but history suggests that a few will almost certainly fall foul of the T20 legacy.

If you hadn’t already taken the hint, we really do fancy Sri Lanka to win this three-match series against England, which kicks off next Tuesday (November 6) in Galle.

All of the reasons above can be taken into account, and then used as evidence to suggest that the Sri Lankans price of 6/4 to win the series is a real slice of rare generosity from the bookmakers.

England, without a win in each of their last three series in this part of the world remember, look as fragile a 7/5 favourite as you could wish to see, with their key strength – the bowling of Anderson and Broad – and a rumoured chronic injury suffered by Ben Stokes making a mockery of their favouritism tag.

There is, typically, rain around in Sri Lanka at this time of year – why you would organise a test series in their storm season is anybody’s guess. Indeed, type Galle into your favourite weather app and you will see rain of some kind forecast for each of the next seven days.

But the temperatures are warm and sultry, and these heavily-covered pitches will still play in classic Sri Lankan fashion: slow, low and with a gradual breakdown until they resemble a dustbowl on day five.

There are other wagers we like, too. A little bit of unorthodoxy in your batting can help in such conditions, and Jos Buttler showed in his patient century against India in the summer that he can play the long game as well as being able to hit the ball out of the park. 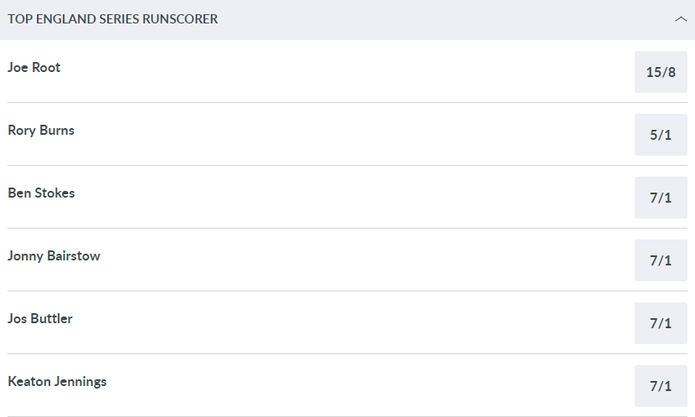 He will get plenty of time in the middle, and at 7/1 to be England’s Top Batsman in the series, with the likes of debutants Joe Denly and Rory Burns, plus the fragile Keaton Jennings, alongside him in the betting, he represents supreme value.

As for the Sri Lankans, there is a lot to like about the 10/3 available on Dimuth Karunaratne to be his side’s Top Series Batsman.

The left-hander was in ridiculous form against the South Africans in the summer, scoring 356 runs in four innings at an average of 118, and while he doesn’t have the runs to show for it he has toiled well against Anderson and co in English conditions on tours in 2014 and ’16.

Back on home soil, he will be eager to show what he is capable of against the Three Lions, and his left-handedness will also go some way to foiling the leg spin of Adil Rashid.

Previous Post: « The Cristiano Effect: Exactly What is Going On at Real Madrid?
Next Post: A History of The Tote: One of Sports Betting’s Oldest Institutions »