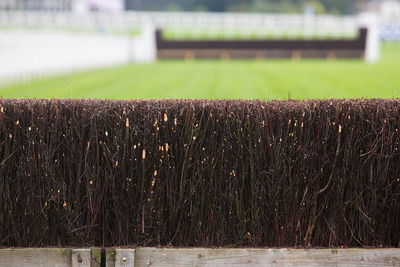 While the UK flat racing season serves up some outstanding races, plenty of drama and lots of stellar betting opportunities, it does really pale into comparison when considering the National Hunt’s jumps campaign.

The 2018/19 National Hunt season just happens to kick off this weekend with an autumnal burst of quality racing at Aintree, and to celebrate we’ve drawn up a list of five horses that punters should have earmarked for great things this term.

This list has been compiled with the big races in mind, and you can bet your bottom dollar that Samcro will feature in some of those.

The six-year-old enjoyed a fantastic novice season last term, culminating in a sublime victory in the Ballymore Novices’ Hurdle at the Cheltenham Festival.

That was a second Grade 1 triumph of the campaign following victory in the Deloitte Novice Hurdle at Leopardstown, and the only blot on the copybook is a fall in the Punchestown Champion Hurdle. The silver lining is that he was travelling very nicely at the time.

A year older, how will Samcro fare in 2019? The Gordon Elliott trained horse will compete in Ireland, mostly, but will surely rack up plenty of comfy wins at odds-on prices.

The ultimate prize, presumably, will be the Champion Hurdle at next year’s edition of Cheltenham.

Although knocking on a bit now at the age of nine, there are few better stayers in the land than Might Bite, and if you can get him on good ground he really is a powerhouse that is tough to beat.

A winner of two high profile Group 1 encounters in the RSA Novices’ Chase and the King George, his pair of outings in 2018 delivered a second place on the soft ground of Cheltenham in the Gold Cup and a comprehensive victory in the Betway Bowl over some of the best in the business, including Bristol De Mai and Definitly Red.

So what does his racecard in 2018/19 have in store? You would imagine another sparse schedule, possibly only two or three races, but on good going surely the King George-Gold Cup double will be targeted once again.

If we have a winter of dodgy weather in England and Ireland then Ms Parfois will be ready for the challenge on soft ground.

She is one of the best staying mares around, and in her six races from December onward she has finished either first or second at prices ranging from 7/4 to 11/2.

Second in the Mildmay Novices’ Chase at Aintree back in April, we fancy the seven-year-old to make her breakthrough at Group 1 level this season, so have your cards marked for when the wet weather comes around….an this being Great Britain, it will!

It’s natural to look to Cheltenham as a guide for future form, and while history has a habit of forgetting the ‘losers’ we’re not willing to cast aside the horse who finished second to Samcro in the Ballymore.

Black Op actually made a mistake early on in that renewal, and that goes to show how impressive this seven-year-old is in making up ground on that classy sort.

Such progression was confirmed by a win in the Grade 1 Mersey Novices’ Hurdle shortly after the festival, and this is a horse that can make some real inroads at the 20f mark this season.

So what will be his likely destination? A step up to fences will be the make or break, and trainer Tom George confirmed he will wait for ‘proper winter ground’ before seeing how one of his stars gets on as a chaser.

If his current progression continues, the world is Black Op’s oyster.

A Cheltenham winner already, there’s no mystery surrounding Presenting Percy: he is rightfully known as one of the best stayers around.

It’s not always for the purists, but may race-lovers enjoy seeing strapping brutes going at it over 24f on soft ground, and there will be plenty of chances to back Presenting Percy in such conditions in the next few months.

The seven-year-old blitzed the field to win the RSA Novices’ Chase by seven lengths, which followed a similarly convincing victory in the Galmoy Hurdle.

If it rains cats and dogs next February/March you might just see Presenting Percy battling it out for the Cheltenham Gold Cup, but a safer bet would surely be the Christmas Chase in a few weeks time.

Previous Post: « Europa League Betting Tips: A Comfortable Evening in Store for the Londoners
Next Post: El Clásico: So Much More Than Just a Battle for Spanish Football Dominance »