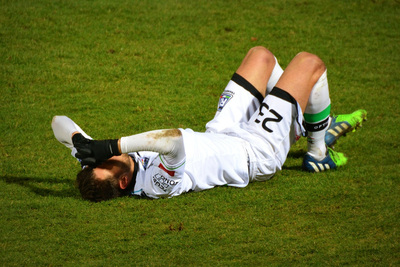 You know what it’s like: you sit down to place your Premier League bets after the international break, and it suddenly dawns on you that you have no clue who is injured, suspended and generally lacking in fitness.

Some of the biggest stars have been off travelling to all four corners of the globe to represent their countries, and that will naturally impact upon their availability this weekend.

So, before you place your bets and set your fantasy teams live, have a flick through our match-by-match guide to Saturday’s encounters. There may be something here which influences your decisions!

The only real injury concern for Chelsea as they wait to welcome Jose Mourinho back to Stamford Bridge is Antonio Rudiger.

The German injured his hamstring against Southampton and didn’t link up with his international colleagues. He’s rated as no better than ‘50/50’ to take part here.

The Brazilian duo David Luiz and Willian were left out of the national squad and so will be fit to start here, although Ross Barkley – who played in both of England’s matches – will probably be given a watching brief.

As for Manchester United, Jesse Lingard is almost certainly out with a groin strain, while both Nemanja Matic and Luke Shaw withdrew from their respective international squads with injury.

Marouane Fellaini, Scott McTominay and Ander Herrera should be fit to start, although there are doubts as to whether Fred, who flew back from Saudi Arabia after representing Brazil on Tuesday, will be given the nod.

Ryan Fraser has been working with the Bournemouth medical team after being sent home from the Scotland camp. He picked up a thigh injury while on international duty, and may not be ready in time for this ‘local’ derby with the Saints.

The latest on Ryan Fraser and Joshua King’s fitness ahead of #BOUSOU https://t.co/Nf6R6XJdFz

Otherwise, Eddie Howe has a fully fit squad to work with.

According to Sky Sports, both Alex McCarthy and Stuart Armstrong will be fit to start despite picking up knocks on international duty.

Mark Hughes has a full deck to work with in a crucial game for his side.

Cardiff’s Joe Ralls starts his three-match suspension in this relegation six-pointer, while Lee Peltier and Nathaniel Mendez-Laing miss out with shoulder and knee injuries respectively.

Prior to the international break, Neil Warnock said he was ‘hopeful’ that Aron Gunnarsson would return on Saturday, while Danny Ward is in contention to start after shaking off a knock.

Fulham are still without Tom Cairney and Joe Bryan, although Timothy Fosu-Mensah is nearing a return following a shoulder injury. Neeskens Kebano returned to full training this week.

There’s bad news for Burnley fans: Kevin de Bruyne has reportedly declared himself fit to start on Saturday. The Belgian has been out since the opening day of the season, but stayed behind in Manchester during the international break and is nearing full fitness.

Danilo picked up an ankle injury while on duty with Brazil and could be out until November. Fabian Delph and Benjamin Mendy both trained this week, and Ilkay Gundogan – left out of the Germany squad – should be fit for selection despite a hamstring niggle.

Nick Pope and Robbie Brady remain sidelined for Burnley, while Ben Gibson is still recovering from a hernia operation. Stephen Ward has also had minor knee surgery, and he will have to watch on from the stands.

The good news is that James Tarkowski looks to have recovered from the groin injury that forced him to withdraw from the England squad.

It appears as though Newcastle will be without defensive duo Florian Lejeune and Ciaran Clark for this relegation battle, although Paul Dummett has returned to full training.

Yoshinori Muto and Kenedy should also have recovered from knocks in time for the visit of the Seagulls, and Salomon Rondon is closing in on full fitness too.

RB: “Rondón is still not available, Clark has had some treatment for a muscle problem and will not be available, and Dummett has been training normally.” #NUFC

Brighton boss Chris Hughton is unsure whether messrs Gross, Stephens and Bong will feature against the Magpies. “Pascal is just back training, Dale has been out and Gaetan Bong was away on international duty but didn’t play. They’re the three we’ll make late decisions on,” he said on Thursday.

Davy Propper could be out for a few weeks, but Matt Ryan stayed behind during the internationals and is good to go in goal.

Jack Wilshere is also now on the treatment table, although Javier Hernandez could make his long-awaited return on Saturday.

Marko Arnautovic has a long-standing knee problem, but should be fit to face Spurs.

Tottenham will definitely be without Jan Vertonghen, while it appears as though Dele Alli and Danny Rose could be out for a further week.

On a brighter note, Christian Eriksen and Mousa Dembele should be fit enough to start.

These two are back in contention for the weekend!

There is only one injury concern for Wolves, and it appears as though keeper Rui Patricio is winning his race to be fit for Saturday.

Watford will be without suspended defensive duo Christian Kabasele and Jose Holebas, while Daryl Janmaat continues to recuperate following minor knee surgery. Nathaniel Chalobah picked up a knee injury while on duty with England and may also miss out.

Terrence Kongolo’s hamstring injury looks set to keep him sidelined until November for Huddersfield, although Christopher Schindler and Aaron Mooy should be fit to start. Ramadan Sobhi and Philip Billing will need to pass late fitness tests.

The good news for Liverpool fans is that Mo Salah, Sadio Mane, Virgil van Dijk and James Milner are all fit to play against the Terriers, although Jurgen Klopp may opt to rest one or more of them for Wednesday’s Champions League tie with Red Star.

Naby Keita faces a few weeks out with a hamstring injury, although Adam Lallana could return to the squad after recovering from a groin injury.