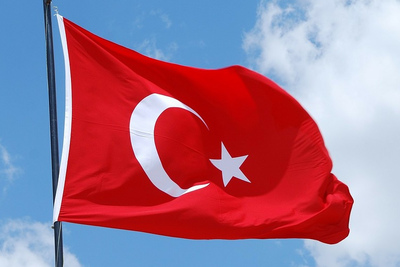 After all of the thrills and excitements of Francesco Molinari’s Open win and the Ryder Cup triumph, the European Tour is closing in on its final hurrah for 2018.

The season ends with the Rolex Series, three events where there is much money to be made and plenty of prestige to earn. Okay, so you can’t cash that at the bank, but still!

The top 70 players from the Rolex Series standings, plus selected invitees, make their way to the mainland for the Turkish Airlines Open, with the Nedbank Challenge in South Africa and the World Tour Championship in Dubai completing proceedings. And then it’s a long winter break, with the next major action coming in January.

So there will be plenty in the field looking to make a few quid this week, or at least sign their campaign off on a high.

If you’ve ever been on holiday to Antalya, the chances are that you would have stayed close to this week’s host course.

Regnum Carya is a resort and spa not far from Turkey’s Mediterranean coastline, an while that might bring with it certain connotations of coastal golf this test could not be any different.

Seemingly modelled on the British classics, Regnum Carya is a heavily tree-lined, heathland course that wouldn’t look out of place in Hertfordshire or somewhere like that. It’s lush and perfectly manicured, and it’s no coincidence that one of the most prestigious events on the European Tour calendar would stop off here.

There’s gimmicks – the sixteenth tee box is on top of a villa, for example – but all in all this is a cracking test of all round golf, with narrow fairways and approaches into tiered greens that have all sorts of nooks and crannies about them.

Justin Rose is as short a favourite as you’re ever likely to see in such an important event, and really punters have to ask themselves if their hard earned cash really needs to be spent on a 9/2 shot in a 78-man field.

Clearly the major winner is a class above most here, but his fairly tepid weekend at the WGC-HSBC Champions last week, shooting 70-72 and getting outscored by young guns Xander Schauffele and Tony Finau, dampens enthusiasm.

It’s been a long and revelatory season for Tommy Fleetwood, who became something of a cult national hero for his antics at the Ryder Cup. He continues to play well, but it’s ten months since his last win anywhere worldwide, and so just under 8/1 is plenty short on the golden-maned golfing Jesus.

Of the favourites it’s Thorbjorn Olesen that holds most appeal at 14/1. The man they call ‘Thunderbear’ – the Danish translations of Thor and Bjorn are thunder and bear – has also enjoyed his own slice of Ryder Cup glory, and won the Italian Open in the summer ahead of local favourite Francesco Molinari.

The Dane won this event in 2016 and followed up finishing joint fifth last year, so Regnum Carya is a course he clearly enjoys.

The Each Way Plays

There are a number firms that are paying five, six or even seven places this week at 1/5 odds, so there is plenty of wiggle room for punters. And remember, this is a 78-man field containing a decent proportion of players who haven’t a hope in hell of winning.

Others are worth backing at these enhanced terms. Julian Suri (40/1) is a player who it’s easy to see winning multiple times on the European Tour. The American is so strong off the tee that he really only needs a decent week with his irons to create multiple birdie opportunities – helpful at this fairly ease Regnum Carya layout.

Another guy who you sense will ‘break out’ sooner or later is Erik van Rooyen (80/1), a supremely gifted South African who has delivered five top-10 finishes this season and a top-20 in the Open Championship.

He will be used to tree-lined tracks given his South African upbringing, and indeed he finished tenth at the similarly foliage-heavy Tshwane Open earlier in the season. EVR has the power to hit plenty of irons off the tee this week, and ensure his brilliant GIR stats remain sparkling.

And finally, George Coetzee (125/1) looks well overpriced given his fondness for this layout.

Big George could have won here in 2016 and fired three outstanding rounds of golf, and last year he also signed off with an excellent -5.

You wouldn’t necessarily think it from his finishing position, but the South African played some good stuff at the WGC-HSBC last week, and at a birdie-fest course like Regnum Carya he commands plenty of respect.

Previous Post: « The Cristiano Effect: Exactly What is Going On at Real Madrid?
Next Post: In a Spin: Why Do England’s Cricketers Struggle So Badly in the Sub Continent? »