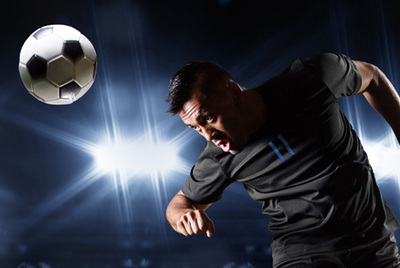 The UEFA Nations League is just starting to creep into its business end.

There’s another set of fixtures taking place tonight and on Tuesday, before the final round of matches plays out in November.

Then, we will know who has been promoted and relegated, and thus how the qualification campaign for the European Championships in 2020 will look.

We’ll also find out who will contest the semi-finals of the Nations League; is this a major trophy? No, but winning silverware at international level, and competing in prestigious finals, is still an important exercise given so few players get that experience at club level.

So those games that take place over the next 24 hours or so really do hold some importance, and as such punters can attack them with relish rather than the fear which wagering on ‘dead rubbers’ brings.

We’ve taken a look at the matches being played on Tuesday October 16, and here’s the pick of our UEFA Nations League betting tips as far as we see them unfolding.

When it comes to ‘handicapping’ the minnows on international football, you can get into the habit of chasing your tail somewhat.

It is infinitely easier just to look at the facts, and by doing so a clear picture emerges of how this game might pan out.

Look at Andorra’s stats. In 102 combined World Cup and European Championship qualifiers, they have won just twice; netting a paltry 25 goals along the way.

Comparison of Records in Qualifiers

Away from home their problems appear to be exacerbated. They failed to register a single goal on the road in qualifying for World Cup 2018, despite that campaign featuring trips to the less-than-salubrious climes of Latvia and the Faroe Islands.

Kazakhstan are slightly better than that, and on home soil in Astana they are okay, beating Azerbaijan and drawing with Armenia in recent times.

This is not, by any means, a vintage generation of Norwegian players.

They have failed to qualify for a major tournament every time since the year 2000, and so to see them as an odds-on favourite against a capable Bulgaria side does not quite stack up.

The Bulgarians have won three from three in the Nations League so far, including victory over the Norwegians in Sofia, and really they deserve more credit than the 6/1 being offered by some sportsbooks.

The question we’re asking, however, is can Norway clear a one-goal handicap? We’re more than happy to back Bulgaria with a +1.00 Asian handicap against a side who have only one player in their squad with a double-figure international goal tally.

This Norway squad is crying out for a star – perhaps Martin Odegaard will be one someday? – but right now they are devoid of genuine quality.

If you thought Germany’s performances at the World Cup were bad, you ain’t seen nothing yet.

They were trounced 0-3 by the Netherlands on Saturday, with the Dutch also hitting the woodwork twice.

It would appear that Germany boss Joachim Low has ‘lost’ his players somewhat, and he trialled a new 4-1-4-1 system in Amsterdam. Clearly, it did not work.

France will have the zip and confidence you would expect from the World Cup winners, and on home soil they are a formidable opponent indeed. At 3/4, Les Bleus are a fair price to win this game against a German outfit in a state of some disarray.

Republic of Ireland vs Wales (7:45pm)

The Republic of Ireland are a team going through some transition right now, but they will surely fancy the job against a Wales side without the injured Gareth Bale and Aaron Ramsey, who misses out for personal reasons.

Gareth Bale has returned to his club this afternoon and will not travel to Dublin with the rest of the squad.#TogetherStronger pic.twitter.com/XQgOmeLgxl

The Irish will be looking for revenge after suffering a 1-4 mauling at the hands of their Celtic rivals earlier in the Nations League campaign, and they will look to summon up the memories of World Cup 2018 qualifying, where they dumped the Welsh out of the competition.

They too need to find a new talisman following the retirement of Robbie Keane, but their squad is made up of solid, Premier League players, and against a Wales outfit missing their two best players you would expect them to thrive.

The Irish are 11/8 to win Tuesday’s clash, and a mouth-watering 4/6 in the Draw No Bet market.