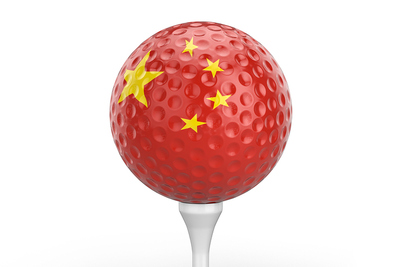 When you think of how elite-level sportsmen and women came to be, you think of long hours spent kicking, throwing or hitting balls about down a local park. At night, dreams of glory and riches are the fuel that keep the fire burning.

For a young golfer practising their swing at the provincial driving range, the dream is to win majors and PGA Tour trophies.

And that goes some way to explaining why even the most decorated of players can get nervous when the finishing line comes into view.

Take Dustin Johnson at last year’s WGC HSBC Champions, for example. DJ has won it all – majors, the lot – played in Ryder Cups and been ranked as the world number one golfer.

And so there really is no other explanation as to why DJ threw away a six-shot lead with one round to go; nerves got the better of him.

It’s a big deal, winning these World Championship Golf (WGC) events. There’s stacks of world ranking points up for grabs and loadsa money, so it’s perhaps no surprise that DJ’s knees were knocking when he woke up on that Sunday morning.

That said, you suspect he will be in the mood to make up for lost time this week. More on that later.

As mentioned, these WGC events tend to attract some of the very best players in the world, and it will be no different in Shanghai this week with Johnson, Brooks Koepka – the new world number one after winning the CJ Cup last week, Justin Rose and many more leading lights of the modern game taking to the tee.

If you can send the ball long and straight off the tee, you might just have a chance of success at Sheshan International, which hosts the WGC HSBC Champions this week.

Set within a backdrop of the Sheshan mountain range, this layout regularly tops polls of the best in China, and its pure fairways and greens resemble the classiest courses in the USA such is their greenery and lushness.

Designed by architectural pair Nelson & Haworth, who were also the brains behind TPC Kuala Lumpur (which hosted the CIMB Classic a few weeks ago), the Par 72 track features a quartet of Par 5s and a couple of driveable Par 4s, which the bravest in the field will attempt to land in one.

For a couple of years Sheshan International became a doddle for the players with winning scores regularly breaching -20, but they have made some changes of late to try and increase the complexity. Greens and fairways have been re-shaped, some holes lengthened…and Justin Rose’s winning tally of -14 perhaps reflects those efforts.

After demolishing this course over the opening 54 holes last year, it’s not a huge shock to see Dustin Johnson installed as the bookmakers’ favourite at 8/1.

That was his third top-five finish at Sheshan – he also won here in 2013, and after witnessing his mate Koepka crowned world number one you wonder if the competitive juices will start flowing in DJ once more. For our money, he’s the best of the main contenders this week.

It’s always hard to defend an elite title and it’s incredibly difficult to win two events in a row, that’s why we’re happy to swerve Rose and Koepka here, and the fourth favourite, Rory McIlroy, just doesn’t quite appear back to his best as far as we’re concerned.

A couple of sportsbooks have a market ‘Betting W/O Johnson, Koepka, Rose and McIlroy’.

If you can get on, our tip is for the flowing locks of Tommy Fleetwood (12/1) to do the necessary without that ‘big four’.

He loves playing his golf in China: he’s finished second in both of the Shenzhen International and China Open, and that might just spur him on to go one better this time around.

Fleetwood brings the delightful duo of being both in red hot form and rested. Top tens at the Alfred Dunhill Links and British Masters were followed by a nice week off while his rivals here were battling away in Spain or South Korea.

The Englishman’s game is built upon long, accurate drives and finding plenty of greens in regulation, and that’s a recipe for success at Sheshan.

In these ‘no cut’ events, the top 20 market is well worth plundering.

You’ll get a good run for your money from the likes of Haotong Li (7/4), Keegan Bradley (15/8) and Julian Suri (13/5), all of whom have the precision ball-striking to keep their ball in play.

And here’s a niche market that offers value: Branden Grace to be Top South African at 12/5. He has played well in China before, and nobody has hit more greens in regulation in PGA Tour events this season – albeit with just three events played. Besides, it’s not a mini-market stacked with quality.

Finally, some firms – notably Betfair – offer a Top 40 Finish market, which offers excellent opportunities for punters in these small fields.

Our pick is Ashun Wu (6/5), who has recorded a trio of top 25 finishes in his last four visits to Sheshan. He won the KLM Open a few weeks ago, and typically loves playing on home soil.