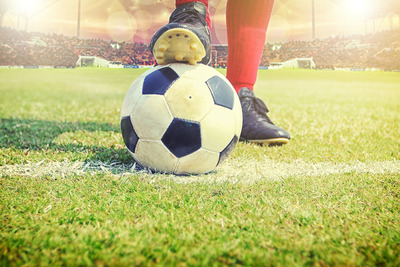 It’s almost written in the DNA of these clubs to play attacking, aesthetically-pleasing football.

With Liverpool you can trace it back to the 1980s and beyond; the golden years of Dalglish, Rush, Barnes and Beardsley.

As for Arsenal, they haven’t always been great entertainers – who can forget the ‘one-nil to the Ar-se-nal’ song sung in the George Graham years, but certainly the introduction of Arsene Wenger to English football brought a certain je ne sais quo to the game which, without going overboard, actually changed the face of football in this country.

These two sides have often been challenging for silverware, too, despite the occasional fallow period, and it’s little wonder that they have served up some of the most entertaining and eye-catching battles that the English top flight has had to offer in the past few decades.

It’s interesting flicking through the history of Arsenal vs Liverpool games just how prevalent goals are. Here’s just a flavour of the kind of shenanigans we can expect when the Gunners and the Reds take to the turf at the Emirates Stadium on Saturday.

It remains one of the greatest games in English football history….and not just because of what was at stake.

Liverpool had one hand on the Division One (as it was then known) trophy, and all they had to do to lift it was avoid defeat by two goals or more, at Anfield no less, to the Gunners.

After a goalless first half that seemed almost a given, although Alan Smith sparked some excitement into the game when he netted for Arsenal early in the second period.

But as the clock ticked into the 89th minute, the sun had gone down on Arsenal’s brave effort….hadn’t it?

Not according to Michael Thomas. The midfielder powered forward from deep, latched onto Smith’s through ball and slotted past Bruce Grobbelaar to spark wild celebrations in the away end and secure Arsenal’s first league win in nearly two decades.

It’s an incredible, breathless conclusion, and well worth revisiting on YouTube when you have the time.

Readers of a younger dotage probably won’t remember Michael Owen in his pomp; a quick, direct youngster who scared the life out of defenders when he had the ball at this feet.

He burst to prominence at the 1998 World Cup with *that* goal against Argentina, and continued in much the same vein for the next couple of years at club side Liverpool.

Owe practically won this, the 2001 FA Cup final, single-handedly. The Reds trailed to a Freddie Ljungberg goal, but the England hitman took advantage of an ageing Arsenal backline to score a match-winning brace; the second of which came after he out-paced Lee Dixon and Tony Adams in their final hurrah as Gunners defenders.

This would also set the tone for the BTTS-laden encounters between the sides that punters have enjoyed ever since.

Arsene Wenger’s ‘Invincibles’ kept the dream alive despite going 1-2 to Liverpool at Highbury.

Whatever the Frenchman said at half-time – we can’t imagine he was one for flinging tea cups around – seemed to work, with Robert Pires equalising early in the second half.

? OTD 9th April 2004: a Thierry Henry hatrick including a magnificent solo effort coupled with a Robert Pires goal puts the Arsenal 7 points clear at the top of the table with a 4-2 win over Liverpool.#Arsenal #AFClassic #ThierryHenry #KingHenry pic.twitter.com/dhXww51cIm

The Gunners then ran riot with Thierry Henry completing his hat-trick, and the belief Wenger’s men got from turning around such a deficit must have played a key role in them going unbeaten all-season long in the Premier League.

This game should really just be called ‘the Miracle of Andrey Arshavin’.

The Russian was a decent player for Arsenal but nothing special, and yet on this balmy night in April he summoned the spirit of the sporting gods to deliver an unbelievable performance.

Oddly, Arsenal only led 1-0 at half-time, but the second half was played at a blistering pace with seven goals scored. Liverpool went 2-1 up before Arshavin bagged another pair of goals to go with his first-half strike to complete the hat-trick.

Fernando Torres equalised once more for the Reds, before that man Arshavin popped up in the ding seconds to add his – and Arsenal’s – fourth.

It’s still considered a classic encounter to this day; although as far as Arsenal vs Liverpool is concerned, it was just another day at the office.

Should you be in any doubt, the Over 2.5 Goals & Both Teams to Score line at 8/11 is simply unmissable here.

History dictates that there will be goals here, and so do the present crop of Arsenal and Liverpool players.

The Gunners have scored two or more in each of their last nine Premier League outings, and yet only kept clean sheets in two of those matches.

As for Liverpool, well, their attacking prowess requires no introduction. Defensively they have improved, admittedly, but BTTS has landed in eight of the last ten iterations of this fixture.

In front of a lively Emirates Stadium (yes, even Arsenal fans get up for the big games), we can expect plenty of goalmouth action in front of the BT Sport cameras.