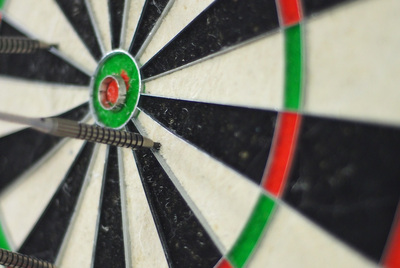 Occasionally in sports betting, an opportunity comes along that, all things considered equal, is simply too good to miss out on.

And frankly, that’s what we thought when we saw that Michael van Gerwen was priced at 11/10 to win the Grand Slam of Darts 2018.

If you’re not up to date with the latest happenings of world darts, Van Gerwen – or MVG as he is typically known – has become the dominant force in the sport both before and since the retirement of Phil ‘The Power’ Taylor.

The Dutchman has racked up 29 PDC major titles, all before the age of 30, and is a millionaire many times over thanks to his efforts on the oche.

Intriguingly, his form has tailed off slightly in recent times with early exits at the European Championship and the World Series of Darts, but the unique format of the Grand Slam plays right into ‘Mighty Mike’s’ hands, and after claiming three consecutive trophies in this event who on earth would back against him adding a fourth….at a appetising odds-against price, no less!

The Grand Slam is unique in that it is the only tournament where players from both sides of the great PDC and BDO divide compete against one another.

The Professional Darts Corporation is where all of the money and the glamour is, and – generally speaking – it’s where the best players in the world ply their trade.

The British Darts Organisation is a slightly calamitous outfit that showcases the skills of the best amateur players, with some – including Glen Durrant, who’s in Wolverhampton for the GSOD 2018 – good enough to move to the PDC but choosing not to for personal reasons.

The PDC boys typically dominate, and they have won 10 of the 11 editions played so far; Taylor and MVG bagging eight titles between them.

The BDO anomaly is Scott Waites, who was a losing finalist in 2009 before going one better 12 months later.

The format is fairly straightforward to follow, with the top eight PDC players seeded – based largely on big tournament performances, and there are a further 16 qualifiers from the PDC system based on points accumulated in the Order of Merit.

As for the BDO, they have eight picks and tend to opt for the winners and/or finalists of their triple crown events – the Lakeside Championship, the Masters and the World Trophy – as well as others based on the rankings system.

The 32 players are split into eight groups of four, where they play each other on a round robin basis. The top two from each group progress to the last 16, where the event unfolds in traditional knockout fashion.

We’ve made our case for Van Gerwen perfectly clear, and are optimism was enhanced yet further following Tuesday’s draw.

He has been paired in Group A with the out-of-form Jonny Clayton, Joe Murnan – who is barely seen in televised events these days, and Gary Robson, the BDO stalwart who has enjoyed something of a renaissance this year.

MVG should canter through that group without breaking sweat, and that will help to build his confidence as his title defence reaches the business end.

To win the Grand Slam of Darts, you have to win six or even seven matches in a week (two or three in the group, four in the knockouts), and quite frankly there’s nobody on the planet better at winning darts matches than Van Gerwen.

In eleven attempts, Gary Anderson has only reached one final of the GSOD, so we could argue that the format doesn’t really suit him, while Peter Wright, Rob Cross and Mensur Suljovic have gone off the boil recently.

If you’re looking for a lively outsider, a case can be made for James Wade at 20/1. He won both the European Championship and the World Series of Darts, and arguably neither were coincidental: his first child, Arthur, was born a matter of weeks ago.

The Machine is confident, winning matches and in a format like this that should be enough to take him a long way into proceedings.

With eight groups, there’s plenty for punters to sink their teeth into, and here’s a couple of wagers to mull over.

In Group D, Anderson has been paired with Ian White, the BDO’s Michael Unterbuchner and Steve ‘the Muffin Man’ Hine, who will relish a rare TV appearance.

It looks on paper to be a straight shootout between White and Unterbuchner for second place. ‘Diamond’ has the experience, but he’s a nervy competitor in televised events, and many who have watched Unterbuchner, the Lakeside semi-finalist and World Trophy runner-up, believe he could be a star of the future.

At 7/4, the German is a canny investment to qualify from the group.

Peter Wright’s odds of 4/6 to win Group E imply a probability of 60%; surely Snakebite has a better shot than that in a bracket containing the inconsistent Max Hopp, the unheralded Josh Payne and the BDO’s Jim Williams, who is largely inexperienced in front of big crowds.

And finally, Group H looks to be an intriguing affair.

There’s no denying it: world champion Rob Cross is completely off the boil right now, and despite being an odds-on favourite to top the pile he must be feeling the pressure.

Consequently, there could be two qualification spots up for grabs, and we fancy Dimitri van den Bergh to claim one of them.

The Belgian reached the World Youth final on Monday, and at the weekend lost in the first round of the World Series despite averaging 105! With doubts about the mental fortitude of Mark McGeeney, and this being a rare TV appearance for Ryan Searle, Van den Bergh looks golden at anything around 4/7.