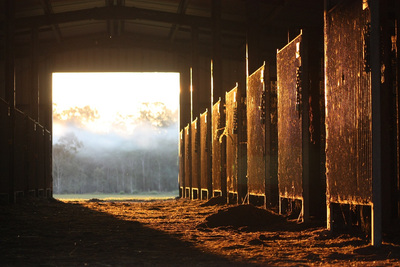 All good things come to an end, as the old saying goes, and legendary trainer Luca Cumani has decided to all time on his career.

The Italian is best known for twice training the winner of the Derby, but his list of accomplishments in racing is lengthy and ensures Cumani will enjoy a lasting legacy in the sport.

“I’ve been very lucky to have so many great days. I don’t like saying it’s the end as no-one has died. We just decided on a change of direction,” the 69-year-old said.

And he doesn’t expect daughter Francesca to hang up her microphone to take over the family business. “I don’t think Francesca will be giving up her job to start training any time soon, so we’ll sell the yard and me and my wife Sara will live at the stud.

“I have decided this is a good moment to wind down. From next year I will devote all my energies to running our Fittocks stud.”

One of Cumani’s most famed achievements was training Falbrav to four Group 1 triumphs in 2003, and Frankie Dettori – who saddled the horse’s last winner of the year in Hong Kong – said: “Luca was my first port of call when I came to England, and provided the catalyst for my career.

“He always was a great horseman, rider and judge of a race.”

The curtain came down on Cumani’s 43 years at the Bedford House Stables in Newmarket on November 22 when Swansdown was pipped on the line by Fitwood Star at Wolverhampton. 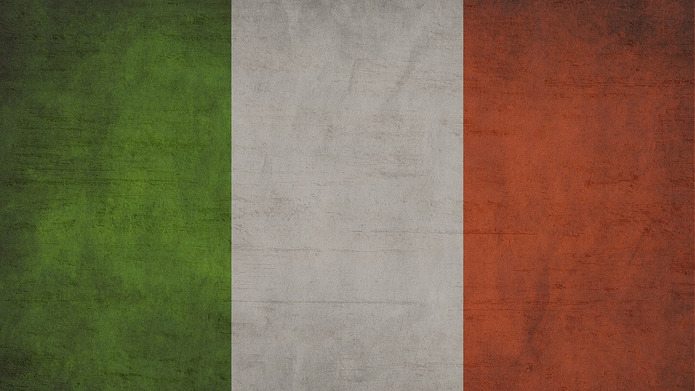 Born and raised in his native Italy, Luca was always likely to follow his parents into racing: dad Sergio was a champion trainer, while mum Elena was an amateur champion jockey.

After deciding that his future lay in training after a brief career in the saddle, he moved to Newmarket in his early twenties to start work with Sir Henry Cecil at his yard.

Having been bitten by the training bug, Luca set up his own yard at Bedford House – where he would stay for more than four decades. His first winner as an independent trainer came when Three Legs, who was ridden by Frankie Dettori’s father Gianfranco, triumphed in the Duke of York Stakes in 1976.

It was the first in a long line of prestigious winners, which includes an astonishing 55 Group One triumphs on his CV.

Alongside that pair of Derby winners were victories in the St Leger, the Irish 2,000 Guineas and the Queen Anne Stakes, and there were plenty of successes overseas too with wins in the Breeders’ Cup Mile, the Arlington Million and the Hong Kong Cup.

Luca will be fondly remembered for achieving so much success on fairly meagre means, when you compare his resources to the likes of the Godolphin yard.

Luca enjoyed plenty of Group One success even early on in his career, and he really established himself in the pantheon of leading trainers when he guided Commanche Run to victory in the St Leger back in 1984.

This would be the Italian’s first British Classic victory, an jockey Lester Piggott also made his own slice of history that day by piloting his 28th Classic winner; a then record.

It didn’t look good for the horse, mind you, when he acted up in the paddock and then broke friskily free of the field early on; had Commanche Run been spooked by the Doncaster crowd?

At least Piggott – who was a late replacement for stable jockey Darrell McHargue – was an experienced hand, and he eventually convinced his charge to settle down.

Commanche Run hung on, and on, and on as the American horse Baynoun closed in, and it looked for all money like the challenger would pip Cumani’s thoroughbred to the post.

But Piggott somehow elicited an extra gear out of the horse, and he clung on to secure a first major victory of Luca’s career. It would not be the last.

Throughout his career, Cumani had a habit of upsetting the odds.

Heading into the Derby of 1988, he had declared two horses in the field: Kahyasi and Kefaah.

The former was an impressive performer, and as a Lingfield Derby Trial winner had to be respected. But at 11/1, the bookies felt he would be unable to keep up with the likes of favourite Red Glow and next best Unfuwain.

Stuck in the pack for much of the going, Kahyasi didn’t look particularly dangerous until the closing stages, when kicked on by jockey Ray Cochrane he found that extra bit of gas that Cumani’s horses would become renowned for.

The late surge was enough to see the underdog across the line in first place, and bank Cumani and backers a huge payday.

“Everything went so right with Kahyasi,” the trainer told Racing UK’s Nick Lightfoot. “He won his maiden at Newmarket as a two-year-old, he won a condition race at Sandown first time out as a three-year-old. He won the Lingfield Derby Trial.

“And then onto Epsom for the Derby. We had no hold up with him; he was a really straightforward horse, and an absolute joy to train.

“It was easy peasy; anybody could have done it!”

What a stunning horse Barathea was.

The powerhouse won the Irish 2,000 Guineas in 1993 to signal his intent, and followed up a year later with victory in the Queen Anne Stakes. But the best was yet to come….

In his last ever start, Barathea was taken out to the US to challenge for the Breeders’ Cup Mile, where he would tackle the seemingly unstoppable Lure, who was looking for a hat-trick of victories in the renewal.

But Cumani’s charge, with Dettori in the saddle, ran an immaculate race, hugging the Santa Anita turns and running all the right lines, to secure a handsome three-length victory – setting a course record along the way.

It was one of the Italian’s most treasured triumphs in his glittering career.

Once again, Cumani made a mockery of the bookmakers’ odds in the 1998 Derby.

His sole entry, High-Rise, was considered an also-ran at 20/1 despite being a Lingfield Derby Trial winner and the only unbeaten horse in the field. “It’s always nice if you can keep the pressure off and fly under the radar,” Cumani told Racing UK.

All of the attention was on the favourite, Cape Verdi, who was a strong 11/4 favourite, and High-Rise was flying well and truly under the radar when dawdling along with the back markers.

“To be truthful I thought we were far too far back, we can’t win the Derby from there! What’s he doing!?” the Italian said in reference to jockey Olivier Peslier’s rear running.

“But then on the straight he started making his run and I thought ‘well, we might finish fourth’.”

“They kept going and then all of a sudden I thought ‘my God, we’re going to win this’. It was so exciting, because it was so unexpected throughout.”

“Credit to Olivier, and credit to the horse.”

Pretty Much Every 2003 Race: Falbrav

Remarkably, Cumani only trained Falbrav for a single season….but wow, what a year it was.

Already well fancied having won the Japan Cup while residing in Italy, the horse was moved to Newmarket in time for the 2013 campaign.

Cumani, undoubtedly getting the very best from the horse, seemed to get his hands on the speedster at just the right time, and an astonishing five Group 1 titles duly followed: the Prix d’Ispahan, the Eclipse Stakes, Juddmonte International, Queen Elizabeth II Stakes and Hong Kong Cup; the latter coming in his final ever race.

“He has such power and speed, and an extraordinary ability to quicken. But over and above that he is so wonderfully mentally and physically strong, mature and sound, so completely professional, so composed as an individual.

“I doubt if I will train a better one; I should consider myself fortunate if I do,” Cumani said of Falbrav. Incredible praise indeed from a man who knew a thing or two about training first-class horses.

Previous Post: « Fans Behaving Badly: Football Violence, Riots, Protests and Disruptions
Next Post: And It’s Over to the Judges: The Worst Points Decisions in Boxing History »