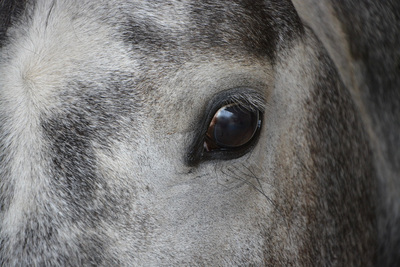 When you’ve spent the best part of a decade competing against some of horse racing’s all-time greats, it would be easy to become but a footnote in the sport’s lengthy archives.

But the number of tributes that have poured in this week to commemorate the sad passing of Monet’s Garden suggest that the 20-year-old remains an underrated yet well respected gem of a horse.

Trainer Nicky Richards told the Racing Post that ‘everybody wants a horse like him’. “It’s a sad day but he had a good life and, as everybody knows, he was very ill there for a while and he bounced back from that to have seven more good years,” Richards said.

“He was good, he was honest and he was bold. He was game, he could jump, he was a dream of a horse for anybody who had anything to do with him. Even the punter in the betting shops, they knew they were going to get a good run for their money. He was a fantastic horse.”

Owner David Wesley Yates continued the plaudits. “Every year with him was a great year, even in retirement. It was a pleasure to see him at Aintree parading before his race. I’d often visit him in the stable and even when he led the parade for the Old Roan Chase a few weeks ago, he looked fantastic,” he said.

“He won five times over hurdles but chasing was his real forte. He was very fond of Aintree, where the fences come thick and fast and which crucially is a flat track, which favoured him.”

“Cheltenham probably didn’t suit him as well but he was only just beaten in an Arkle by Voy Por Ustedes giving weight.”

Monet’s Garden will be best remembered as a three-time winner of the Old Roan Chase at Aintree, but there were plenty more stellar performances from a willing chaser who routinely came up against some of the best National Hunt horses of the modern era.

He came to prominence with a second place in the Arkle at the Cheltenham Festival of 2006, and it was onwards and upwards from there.

Grade 1 victories in the Old Roan Chase, the Ascot Chase and the Melling Chase, the grey will be forever remembered as one of the most durable and reliable horses of the 2000s.

He had some famous rivalries, and here are four of his best opponents with whom he had some enjoyable duels over the past 15 years or so.

Kauto Star: Taking on the Master

A two-time Gold Cup winner, and a five-time King George champion, there weren’t many who got the better of Kauto Star.

And yet Monet’s Garden has a brilliant claim to fame: between October 2006 and March 2008, arguably when he was at his peak, Kauto Star was beaten by just one competitor….yep, Monet’s Garden.

They served up a dress rehearsal at the King George in 2006, when Monet’s Garden was travelling very nicely before falling away in the final throes. That would be the first of Kauto Star’s five victories in the race.

Revenge would come less than a year later at Aintree, where the gallant grey broke the hearts of punters who had tucked into the 11/10 about Kauto Star adding yet another first-class title to his collection.

Monet’s Garden showed his trademark guts under pressure to hold off the legend’s charge, staying on well from the front four from home to clinch a momentous victory and his first Old Roan title.

They would lock horns twice more, with Kauto Star triumphing by eight lengths in the Ascot Chase of 2008, before both were defeated by Our Vic in the then Totesport sponsored Bowl Chase at Aintree.

What a powerhouse Albertas Run was; a multiple-time Group 1 winner who racked up early £1 million in prize money for trainer Jonjo O’Neill and connections.

Some of the Irish horse’s finest moments came at the expense of Monet’s Garden, including 2010’s memorable Melling Chase renewal.

Our hero actually led that race for the bulk of proceedings, but suffered a surprising power failure two from home, and Albertas Run – famed for his strong finishing – was kicked into gear by A.P. McCoy and burst ahead to win by three-and-a-bit lengths.

Monet’s Garden had a penchant for running from the front, and while that led to some halcyon days in the winners’ enclosure it could also prove to be his downfall as well.

That was proven in one of this pair’s first encounters in the Amlin 1965 Chase in 2009, when Albertas Run would again take advantage of a lack of gas in the Monet’s Garden tank.

The latter ran out of steam four from home in this 19f affair, and once again it was the former who took advantage with McCoy in the saddle.

But revenge is a dish best served cold, as the old saying goes, and Monet’s Garden would come good twice against this particular sparring partner.

The Ascot Chase in 2010 saw a masterclass of front running from the grey – on this occasion, Albertas Run couldn’t quite make up the ground, and fell a length short.

And the third of Moet Garden’s Old Roan triumphs was enjoyed at the expense of Albertas Run, who was well beaten in what was a fitting epitaph for the former’s career.

Imperial Commander was a three-time Group 1 winner, taking the spoils in the Betfair Chase, the Ryanair Chase and, most famously, the Gold Cup in 2010.

It was the middle of those renewals where the Nigel Twiston-Davies horse would have his way with Monet’s Garden. The grey wasn’t able to lead the way after being held up at the rear of the field, and Imperial Commander took full advantage.

He jumped well throughout and, as was often the case when he was at his best, looked like a Rolls Royce purring his way around the Cheltenham turf to win by two lengths from Voy Por Ustedes.

Imperial Commander’s character was cut short, by and large, when he became lame in 2011, but a horse that beat the likes of Kauto Star and Denman in his career does not get forgotten too easily.

There were a few opponents that Monet’s Garden could never quite master.

One was the talented French chaser, Voy Por Ustedes. This was a decent horse who won some prestigious renewals, including the Arkle, the Queen Mother Champion Chase and the Desert Orchid Chase on two separate occasions.

He ended the hopes of Monet’s Garden at the Cheltenham Festival in that Arkle renewal, and would subsequently best Nicky Richards’ horse in the Ryanair Chase, the Tingle Creek and the Amlin 1965 Chase, despite never taking the tape in first place.

Previous Post: « UEFA Nations League Group Stages: Did Anybody Care & What Happens Next?
Next Post: The Superclasico – River Plate vs Boca Juniors: One of Football’s Most Passionate Rivalries »