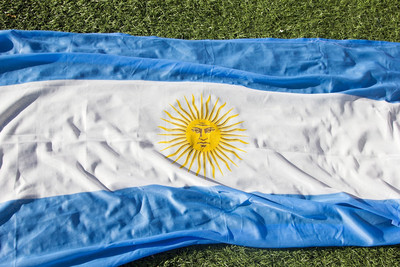 Even for the volcanic mood swings of South American football, the scenes ahead of the 2018 Copa Libertadores final were unlike anything seen before.

River Plate and Boca Juniors share a hatred that goes beyond football, and the Argentinean sides can be seen fighting – metaphorically and literally – for glory in the ‘Superclasico’ each season in the Superliga Argentina.

But the final of the Copa Libertadores was something all together different; this was the first time that the pair had met in the continent’s premier club competition.

What could possibly go wrong….

The Copa Libertadores brings together the best teams from Argentina, Brazil, Colombia, Chile, Paraguay and more in South America’s version of the Champions League.

Boca and River Plate, typically two of the best outfits on the continent, had somehow avoided each other in the final of the competition for more than four decades….but that run came to an end in 2018.

Thankfully, the first leg of the final went without a hitch, and the 2-2 draw set up a fascinating second leg that was scheduled to be played on November 24.

To say anticipation was at fever pitch would be an understatement: 50,000 Boca Juniors fans turned up to their famous La Bombonera stadium just to watch the team train!

On to matchday, and the game that was set to be the biggest in the 127-year history of Argentine club football. The eyes of the world were watching, and for once two South American clubs had the attention of the football planet, from Australia to Zambia.

And, well, they blew it.

River Plate’s Estadio Monumental was the host, and a sense of ominous threat pervaded around the ground. With a soundtrack including the Black Eyed Peas not helping matters, early hints of aggression were there hours before kick off.

Talk of tickets exchanging hands for six-figure sums – no mean feat in a part of the world not known for its wealth – was rife, and the general sense of expectation was overshadowed by the concern that ‘fans’ with less interest in the game and more in causing trouble were going to be a problem.

The Boca Juniors’ team bus was attacked by River Plate supporters, with players on board suffering cuts from broken glass and inhalation of the riot squad’s subsequent tear gas campaign to quell the violence.

Midfielder Pablo Perez suffered an eye injury and was later seen wearing a protective patch, while others – including Carlos Tevez – were reportedly vomiting and suffering from dizziness.

Naturally, the game was postponed for a couple of hours while some sense was made of the carnage, although nobody inside the stadium seemed to know what was going on – adding to the spiteful atmosphere.

There was sporadic violence elsewhere, too, with missiles thrown at police, who used rubber bullets to disperse crowds, and between groups of rival fans. There were even rumours of supporters being robbed of their tickets as they made their way out of the stadium.

Eventually, the decision was made to reschedule the second leg for 24 hours later than planned.

But with the Boca players still feeling the effects of the previous day’s happenings, the club made an appeal for the tie to be played at a later date. “Club Atletico Boca Juniors made a formal presentation to CONMEBOL on Sunday to request that the final of the Copa Libertadores be played in conditions of equality,” read a club statement.

“After the acts of violence suffered in the vicinity of the stadium, having noted the magnitude and seriousness of them and the consequences they have generated in the establishment, Boca considers that these conditions are not met and requests the suspension of the match.”

The request was granted, and so the fans will have to wait before they can see the culmination of the Copa Libertadores 2018.

Football Violence in Argentina: Not a New Problem

Violence in Argentinean football is nothing new, and indeed dates back decades: from rival groups of fans clashing to organised gangs and crime syndicates using football as a backdrop for disorder.

It was reported in 2012 that for the preceding decade, at least 66 people had died in violent attacks relating to football in the country.

Shortly after, in 2013, the Argentine Football Association (AFA) installed a blanket ban on all away fans attending matches following the death of a man as fans and police fought during a Lanus vs Estudiantes game.

That ban was partially lifted in August 2018, although away fans are still banned from attending games at the home of the so-called ‘cinco grandes’ – the ‘big five’ – that is Boca Juniors, River Plate, Independiente, Racing Club and San Lorenzo.

It was a move designed to stamp out the increasing threat of extreme violence from the barra bravas, translated as ‘fierce blocks’, who fight with rival factions and bring a raft of other problems to stadiums around the country.

These organised networks are allegedly responsible for racketeering (tickets and car parking), money laundering and the sale of drugs outside and inside grounds, while Gustavo Grabia, an Argentinean journalist who investigates corruption in football, has reported that as much as 30% of transfer fees and 20% of players’ salaries are paid to the barra bravas.

Thicker Than Blood: The Boca Juniors vs River Plate Story

To offer some context, it is believed that more than 70% of football fans in Argentina – a country with a population of some 44 million – consider themselves to be either a Boca Juniors or River Plate supporter.

It goes without saying that the Superclasico would be a huge game based on those numbers alone, but this is a rivalry that cuts a lot deeper than just football. 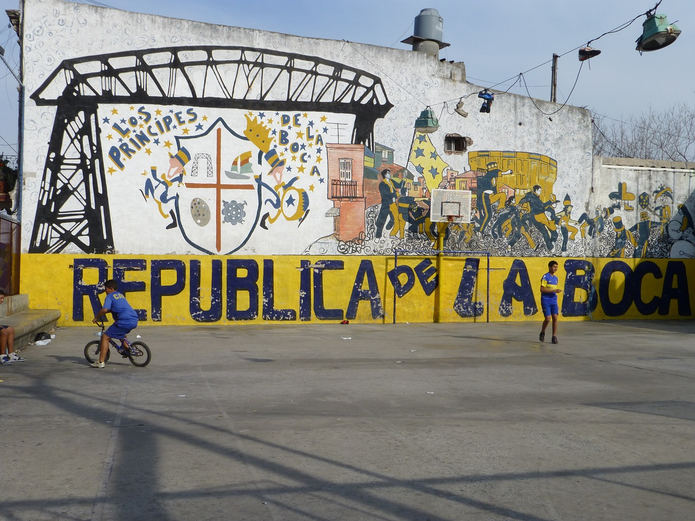 As often tends to be the case, one of the key differences between the clubs is societal: Boca play out of the poor La Boca district of Buenos Aires, where poverty is commonplace, with River Plate based in the more affluent Nunez region of the city; earning them the nickname ‘Los Millonarios’.

Boca fans taunt their River counterparts with chants of ‘gallinas’, which essentially means cowards, while River retort with ‘los chanchitos’, which translates as little pigs due to La Boca apparently once-upon-a-time being a rather smelly place due to drainage issues.

Back in the early 1900s, River were also based in La Boca, however, and the geographical proximity of the two clubs acted as the foundation of a rivalry that exists, supercharged, to this day.

The genesis of the hatred came during the Puerta 12 tragedy of 1968. In a derby played at the Estadio Monumental, 71 people were killed and many more injured as supporters tried to escape the ground and were crushed.

A cause has never been confirmed, although some allege that Boca fans set River Plate flags alight and threw them from the top to the bottom tier of the stadium. Others suggest that River supporters ‘broke into’ the Boca end, causing mass panic.

The most significant flashpoint of the modern era – prior to Copa Libertadores 2018, of course – came back in 2015.

The two sides were meeting in the last 16 of the same competition, and the second leg was still poised at 0-0 as the players left the field at half-time.

A small number of Boca Juniors fans broke through security, and were seen on TV appearing to attack the River Plate players with pepper spray.

Four of the Los Millonarios players – including former Everton man Bruno Funes-Mori – were taken to hospital, and the match was abandoned at half-time.

The Boca president, Daniel Angelici, denied that the club’s barra brava was responsible, and while apologising to all at River Plate maintained that his club should not be penalised on the pitch.

“We will accept the responsibility that we have, but I don’t think the players are responsible,” he said.

“We will do all we can to help the police and we hope to find those responsible as soon as possible.”

His request fell on deaf ears and Boca were kicked out of the Copa Libertadores, with River given a bye straight through to the quarter-finals. They would go on to complete a third triumph in the competition.

But the events of that day in 2015 have not been forgotten by either club, and it is rumoured that the attack on the Boca team bus in November 2015 was a delayed response to those original dark days.