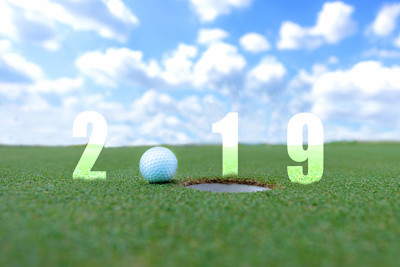 You know what it’s like at this time of year, with newspapers, TV and other media outlets reflecting on the 12 months that has just gone by.

There’s no doubt that 2018 has been a phenomenal year for sport no matter what your point of interest. Framed by England’s flirtation with glory at the World Cup, there have been countless success stories in the sporting world for UK participants and those from further afield.

These late days of December are also the perfect time to look ahead to next year, when 2019 will hopefully deliver more of the same. There’s all the usual favourites of course, from the Cheltenham Festival to the conclusion of the Champions League, as well as bi-annual favourites such as the cricket World Cup, the Ashes and the rugby World Cup to look forward to.

As punters, we’re always keen to get one step ahead of the curve and find those individuals and teams worth backing, and so an early look at some of the potential stars of 2019 is well worth the effort.

Here, we’ve lined up a selection of sporting stars who could offer up some punting profit in 2019.

Anticipation is reaching fever pitch for the return of Presenting Percy, but is the myth now becoming more alluring than the reality?

Only time will tell on that front, but the RSA Chase winner clearly has a massive future if well-managed by Pat Kelly, not one of racing’s most prolific trainers but certainly one with plenty of Cheltenham Festival pedigree.

The concern is that the seven-year-old has not been seen since that heady day of March 14, where he demolished a competitive field in the Grade 1 affair on the famous course to win by seven lengths.

A mild and dry winter has kept Presenting Percy behind his stable door, and the concern is that he will struggle to get many high-profile outings before a dart at the big one: the Cheltenham Gold Cup.

If Kelly can get his charge out on soft ground in the coming weeks, it will be interesting to see how he fares. The likes of Samcro and Footpad, who came out of the Festival with significantly burgeoning reputations, have since tasted defeat to tarnish their stardom, but Presenting Percy remains one of those where we still don’t know the extent of his talents.

Proposed meetings in Ireland have been skipped due to the firmer ground, and it may now be that the Irish Gold Cup in February could be his only run prior to the racing world descending upon Cheltenham.

And so punters have an intriguing dilemma on their hands. Do they back a horse that has been installed as the ante-post favourite for the Gold Cup at the readily available 4/1? 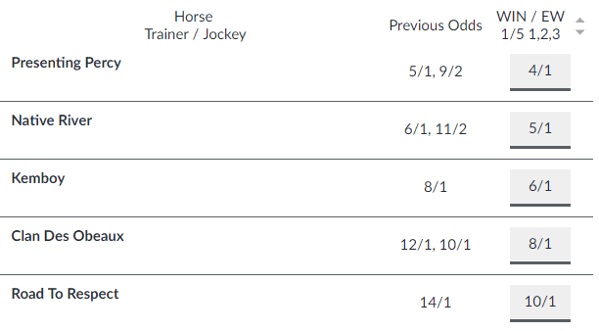 There’s tremendous upside to the seven-year-old, of course, but many will be happy to swerve a horse that we still have plenty to learn about. But as we all horse racing punters know, sometimes fortune favours the brave.

Many of the names on these kinds of list are stepped in potential; they *could* be the breakout stars of 2019.

With Jadon Sancho, that potential is already well on the way to being realised.

The 18-year-old is flying under the radar somewhat because he has chosen an unusual path for a young English footballer: eschewing the money and the pomp of the Premier League, Sancho is currently cutting swathes through the German Bundesliga with Borussia Dortmund.

In just 1025 minutes of league football for Dortmund this term, Sancho has contributed six goals and seven assists to help the Yellow-and-Blacks usurp Bayern Munich at the summit of the division.

Factor in a debut international cap and a first Champions League goal, and 2018 has been quite the year for a young man who doesn’t turn 19 until March.

So what will 2019 hold? The bookies are offering odds as short as 1/16 that he will stay at Dortmund in the January transfer window – fair enough – but you do wonder if the youngster will eventually look to return home to England.

That will set alarm bells ringing – Liverpool and Tottenham look to be the obvious destinations for his style of play, and so keep an eye on the related betting markets as we head towards the summer window opening.

Young guns with the world at their feet….that’s the general theme of these sorts of columns.

But there’s still room for a grizzled old veteran who has turned his life – and sporting ability – around.

In some ways, Tiger Woods return to the peak of golf was *the* sporting story of 2018. Beset by personal problems, alleged drug abuses and a series of back surgeries, it appeared as though the career of one of the sporting world’s undoubted legends was at an end.

But hard work, allied to natural talent, typically delivers results, and hours of graft on the driving range have allowed Woods to swing a golf club in as smooth a fashion as when he burst onto the scene as a 17-year-old.

Now 42, the ‘Big Cat’ put plenty of young studs in their place these past 12 months.

Back-to-back top-five finishes at the Valspar Championship and the Arnold Palmer Invitational early in the year signalled his intent, and that upward trend continued as he found himself in the mix at the Open Championship and PGA Championship.

The ultimate sporting redemption came at the season-ending TOUR Championship, where Woods claimed his first title since 2013 in what was one of the most emotional victories ever witnessed on a golf course.

And so to 2019, where if he can stay fit and healthy Woods will surely be a contender once more. Incredibly, he has already won at three of the courses hosting next year’s majors – Augusta, Bethpage Black and Pebble Beach, and so perhaps this will be the year where the 14-time major champion adds the unlikeliest of big ones to his collection.

When you have a guy who is happy to play the underdog and make a mockery of the bookmakers’ odds, you know you have a star on your hands.

Josh Warrington has done that twice in his last pair of starts: first in ripping the IBF featherweight title from around the waist of Lee Selby, and second in dismantling the former WBA champion Carl Frampton in a sublime show in December.

Extending his record to 28-0, Warrington has the world at his feet, with a passionate home support in Leeds ready to back him at Elland Road or the First Direct Arena and three different world titles to aim at.

Oscar Valdez, Leo Santa Cruz and Gary Russell Jr are all in his sights – if all goes well, the 28-year-old could hold two of their belts by the end of 2019, with a unification fight in 2020 a genuine possibility.

Cool, calm and calculated, Warrington is a better fighter than many, including the bookies, give him credit for. Don’t be afraid of backing him at underdog prices in 2019.

There’s no doubt that cricket is heading in a direction that many purists and traditionalists don’t like.

Dying interest in test cricket and the 50-over format has been precipitated by a surge in popularity for the T20 form of the game, with its razzmatazz, glamour and hard-hitting action.

That has seen a sea-change in the way in which the English Cricket Board has gone about their business, and they have even changed residency rules to ensure that one upcoming star of the short format can represent England in next year’s World Cup. 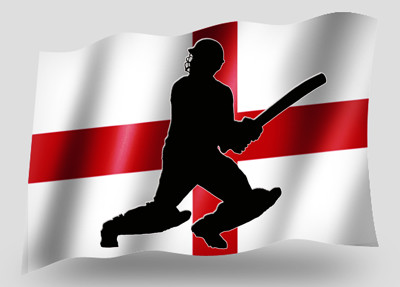 Jofra Archer is a supremely gifted young cricketer who, unfortunately for England fans, was born in Barbados 23 years ago.

The good news is that he has a British father and as such holds a UK passport, meaning that one day he would be free to represent England.

And that day could come even sooner, with the ECB ripping up their seven-year residency rule and reducing it to a mere three.

That means Archer could make his England debut as soon as March – ironically in the West Indies, and he will surely be a shoe-in for the World Cup, which takes place on these shores in May-June.

The 23-year-old made the headlines when he signed an £800,000 contract with IPL outfit Rajasthan Royals earlier in 2018, and he impressed there and with Hobart in Australia’s Big Bash League.

A smart bowler and a big-hitting batsman, Archer has the cricketing world at his feet. Happily, it appears as though he will be able to pull on an England shirt sooner rather than later.

Darts is a sport with a changing landscape.

At one times, the likes of Phil Taylor and Raymond van Barneveld dominated proceedings, and they have since been replaced by the all-conquering Michal van Gerwen and Gary Anderson.

But Rob Cross showed what can be achieved when he went from electrician to world champion in less-than-a-year back in January 2018.

It’s a brave new world, and a path which young players across the globe will be hoping to replicate.

One possible contender is Luke Humphries, a fine young player who has made big waves at the Alexandra Palace in recent weeks.

He’s into the last 16, where he will take on Cross on December 28, and has shown no signs of nerves in what is, despite one previous appearance, his first proper World Championship assault.

The 23-year-old has won eight titles on the PDC’s Development Tour, topping the Order of Merit in 2017, and his efforts mean he now has the luxury of a two-year card for the main tour starting in January.

How far can he climb in 2019? Well, Humphries is a proven winner and a power-scorer who has already bested the likes of Dimitri van den Bergh and Stephen Bunting. If he follows the upward curve of Cross, he cold contend for world title honours of his own at the tailend of 2019.

Previous Post: « How Kempton’s Great King George VI Chase Champions Have Fared at the Cheltenham Festival in March
Next Post: How the January Transfer Window Can Revitalise Any Football Club’s Fortunes »