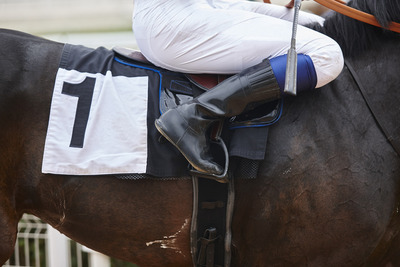 If a racehorse could spend their earnings, what do you think they would buy?

That’s the sort of rhetorical question that gets the creative juices flowing, but unless the species evolves in a rather unexpected fashion in the coming decades unfortunately we are unlikely to ever find out the answer.

That’s a shame for the Australian wonder horse Winx, who is rapidly closing in on £13 million in prize money in her stunning career to date.

Instead, it’s the Magic Bloodstock Racing network that gets to decide how the big bucks are spent, and along with trainer Chris Waller they have some rather grand plans for their superstar in 2019 despite her advancing age.

“She has nothing left to prove to us or her many followers, and we are under no illusion that she is getting a little older,” Waller has said recently.

“However, she is in excellent condition both physically and mentally – and had she not pleased us in any area of her wellbeing or mental state, she would have been retired immediately.”

And so a programme of entries has been devised for the seven-year-old, who is expected to once again dominate Australian racing in the year ahead. It is unlikely that British race fans will get to catch a glimpse of the modern day sensation, with a trip to Royal Ascot ruled out by Waller and his connections.

“However, we have and will continue to keep things simple with Winx – and I believe that has been a big part of her longevity, as well as something we are very proud of.”

The mare is now unbeaten in a staggering 29 races, with 22 of those being Group One victories. That includes a pair of wins in both the Turnbull Stakes and Queen Elizabeth Stakes, plus four triumphs in the Cox Plate.

The latter of those earned Winx – or more specifically her owners – a cool £1.76 million.

And that takes her career earnings to just shy of 23 million AUD, or more pertinently to UK based readers a whopping £12,619,301 and change.

Incredibly, she still isn’t the highest grossing racehorse of all time….

Arrogate Hits the Target for Juddmonte

Arrogate was a leggy thoroughbred owned by Khalid ibn Abdullah and trained by the legendary Bob Baffert, and together they were a match made in money-making heaven.

The gap-toothed wonder – who had a front gnasher removed when he was kicked by another horse, was purchased for a princely $560,000 by the Juddmonte team and sent off to Baffert’s unrivalled finishing school.

His maiden year went well with two impressive wins including one notable performance against older competitors in an allowance race, but the first big win of Arrogate’s career came in his second year.

The colt took the Grade One Travers Stakes by thirteen-and-a-bit lengths; a margin of victory made all the more impressive by the fact the field contained former Preakness Stakes and Belmont Stakes champions Exaggerator and Creator. Into the bargain, Arrogate broke the course speed record at Saratoga….Baffert then knew the extent of the class he had on his hands.

His next start featured a rather hefty payday as he took the spoils in the Breeders Cup Classic, bagging Juddmonte a £2.24 prize and netting a handsome return for punters who backed the 7/4 fancy over the odds-on favourite, California Chrome.

But it was as a four-year-old when Arrogate would bank his owners their most lucrative of cheques.

That came at the Pegasus World Cup, one of the richest prizes in racing at an eye-watering £5.7 million. Despite being drawn on the inside, Arrogate made a folly of his unfortunate draw by demolishing a field which included California Chrome once more, who was put out to pasture at the conclusion of the renewal.

Arrogate won by five lengths, and ensured all of his connections would be partying late into the night.

Incredibly that wasn’t it for the horse, who produced arguably his finest performance at the Dubai World Cup at Meydan.

After breaking poorly and getting cramped, he dropped to the back of the 14-horse field, and his chances looked dead and buried.

But regular jockey Mike Smith timed his surge to perfection, with Arrogate surging past the field and taking the line by two lengths to bank another £4.88 million for his backers.

Unfortunately, the horse was never quite the same upon his return to the US, and three final runs produced rather mediocre showings.

The six-year-old is now enjoying retirement, having earned his connections an almost unbelievable £13,622,542 – roughly £20,000 per minute on the track!

With one big win in 2019, Winx could yet take the mantle as the world’s highest earning horse in history.

You sense that birthdays are a good time to be friends with Khalid ibn Abdullah.

Not only did he own Arrogate, he also has financed the career of Europe’s finest – Enable – and earned handsomely as a result.

The John Gosden trained filly has earned in excess of £8 million thus far, and there could yet be more to come in 2019 if she can improve on her efforts last year.

Half of that haul has come from a pair of Prix de l’Arc de Triomphe victories; the first British trained horse to complete the double.

The 2018 was never plain sailing mind you, with the four-year-old tracked hard to the line by Sea of Class despite at one point looking likely to coast home.

“I found myself in a fantastic spot, the first part of the race she was okay and, as we got to the false straight, the life in the old girl came back,” said jockey Frankie Dettori, appearing in his thirtieth Arc.

“I knew then we were in business. I waited as long as I could and, when I said ‘come on, let’s go’, the trademark turn of foot was there. The last 50 yards she was tired, but she’d had 11 months off and only one prep race. She wasn’t the Enable of last year, but she’s got the job done.”

After that win, Gosden reflected on a traumatic year for the star, and was unsure whether she would remain in training for an Arc hat-trick. “She was not at her best today. I have had a difficult year with her, it is entirely down to the filly and her guts and a lovely ride from Frankie.”

Enable hasn’t been seen since winning the Breeders’ Cup Turf in November – banking another £2 million for the Juddmonte firm, and it will be interesting to see what 2019 holds for this untouchable powerhouse.

Previous Post: « Brexit & Football: Will Leaving the EU Spell the End of the Premier League As We Know It?
Next Post: Is Altior Poised to Equal Big Buck’s Record 18 Wins in a Row at the 2019 Cheltenham Festival? »