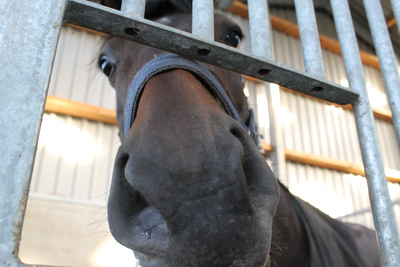 It’s been one of the most confusing falls from grace of the National Hunt campaign so far in 2018/19.

Might Bite, one of the best chasers on the planet with multiple Grade 1 wins under his belt, has looked a shadow of his former self in two hapless runs this term.

His return at Haydock Park in November for the Betfair Chase was as unconvincing as it gets, with the Nicky Henderson horse finishing dead last and more than 25 lengths back to the winner, Bristol De Mai.

A below-par effort in your seasonal return can be forgiven, but when you follow it up with a similarly poor run – this time a seventh place in the King George VI Chase on Boxing Day – well, the rumour mill jolts into life; especially when reports are confirmed that the horse was found with a trickle of blood coming from his nose following that Kempton outing.

But can we write off a former RSA Novices’ Chase, King George and Betway Bowl champion just like that? It seems like folly to do so, especially since at the age of nine the horse has a good season or two left in the tank, and trainer Henderson is leaving no stone unturned in his attempts to bring Might Bite back to form.

And so the Knot Again owned bay has been booked in for a breathing operation, which connections hope will get to the root cause of the problem.

“Our only priority is his health and well-being,” Henderson has since written. “Timing-wise we are absolutely fine, as he’ll miss less than two weeks work, which shouldn’t hold him back too much as he’s already race fit.

“But it would almost certainly rule him out of running in anything before the Cheltenham Gold Cup,” the trainer added.

The festival showpiece will again be the aim for Might Bite, who ran gamely but not without error when chasing Native River in a Gold Cup effort in 2018.

How he will fare could determine largely on his recovery from such an invasive medical procedure, however. 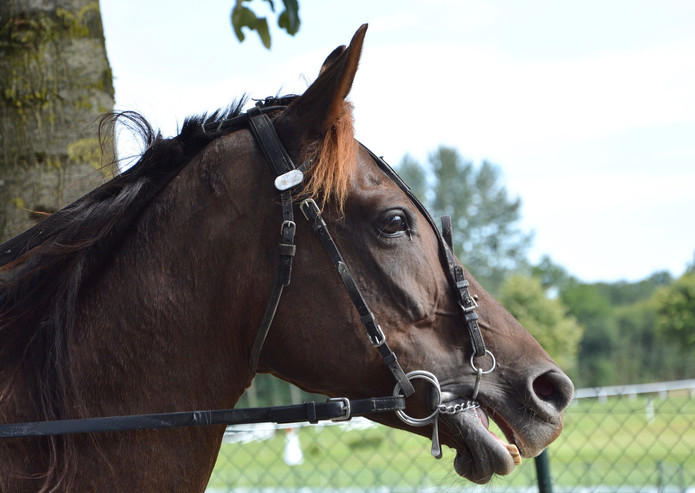 Back in 2016, Might Bite underwent an operation to have his palate cauterised, as well as undergoing the Hobday procedure at the same time.

It was a move which propelled the nine-year-old to stardom, and Henderson believes this could be the answer once again.

“Cauterising doesn’t last forever, and you have to redo it with a lot of horses. We put our heads together with a number of experts and it’s the conclusion we’ve come to,” he told the Racing Post.

“We don’t know that we’ve got to the bottom of it, as it is not something we can categorically prove, but in our opinion it’s the most likely solution.”

The operation is fairly minor, by all accounts, and can be performed in a single sitting.

The soft palate can be unstable and shift out of place, which restricts the horse’s airflow and, naturally enough, their ability to maintain high speeds for the duration of a race.

The cauterisation process stiffens the palate by reinforcing it with soft tissue, and there is no harm or distress caused to the animal in such light surgery performed standing and with a mild sedative.

There is no great disruption to training either, and so Might Bite will be back on the gallops in a fortnight.

The Beginning of the End….Or the Start of a New Chapter? 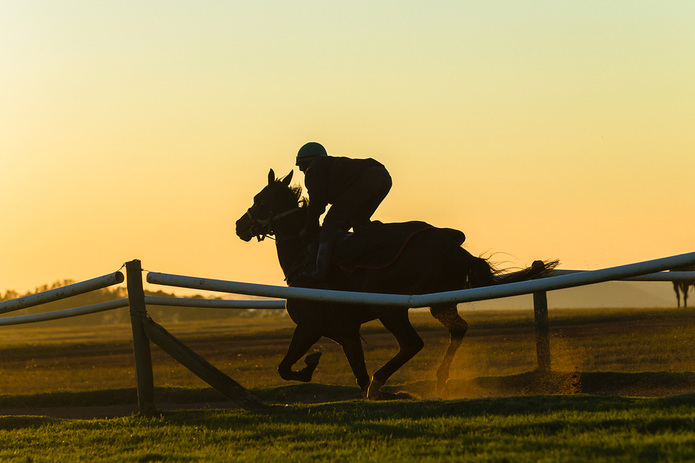 Last season, Might Bite didn’t run between winning the King George and the Gold Cup, and yet he still delivered a decent performance at Cheltenham, so punters will be wary of writing him off too quickly for this year’s renewal.

And they will be even less inclined to do so when they see the records of some other horses who had undergone wind surgery in the past.

Nicky Henderson alone has a staggering 40% win rate with horses running for the first time after the cauterising procedure, with the most recent coming in December when Lomachenko, on his hurdling debut, was almost lapped by the field in a derisory effort at Fakenham in October.

Fast forward a few weeks and after having his soft palate cauterised, the horse bolted home by six lengths at Leicester.

Indeed, wider analysis reveals that of the trainer’s last 25 runners that have undergone such wind surgery, ten have gone on to win on their next start; almost four times greater than Henderson’s standard win rate.

And we’re talking high profile horses too, not just maidens or low-key animals. Here are three of the most famous examples of champions who have enjoyed a career renaissance courtesy of the breathing operation.

You may recall this powerhouse’s pair of fine wins in the Champion Chase, among many other incredible achievements, during an outstanding career.

But it wasn’t always plain sailing for a horse who commanded the third highest Timeform steeplechase rating in history.

Back in 2011 he was a strong fancy for the Supreme Novices’ Hurdle at Cheltenham, and soon charged into the lead ahead of a strong field.

However, he capitulated running up the famous hill, and not even the great AP McCoy could rize him from his slumber. Sprinter Sacre would finish third, and most probably thought that was it for Caroline Mould’s horse.

A decision was made to have his soft palate cauterised, and that was the genesis for Sprinter Sacre 2.0; the champion edition.

He reappeared at a steeplechase in December, cantering home in 24 lengths to maintain Henderson’s fine post-surgery record.

After that, well, you probably know the rest….the history books speak for themselves.

Altior is still going strong to this day, but his career could well have been caught short when the horse began to struggle with breathing difficulties at the tailend of 2017.

His wind surgery proved to be an instant success, as after a low-key return at Newbury the now nine-year-old was pointed straight at the Cheltenham Festival, where he had won twice before, for an assault on the Queen Mother Champion Chase.

And my, what a masterclass he delivered in besting a field featuring Douvan and Min, whom he beat by seven lengths.

Altior has continued to go from strength to strength, winning the Celebration Chase and the Tingle Creek in fine style since.

Altior is just one horse to show that continued success at the Cheltenham Festival can be enjoyed post-surgery, and Buveur D’Air will be hoping that he can follow in the footsteps of his illustrious stablemate in 2019.

The two-time Champion Hurdle winner will be looking to make it a hat-trick in March, and he will look to do so after having potentially career-saving surgery over the summer.

The manner of his return – demolishing red-hot hopeful Samcro in the Fighting Fifth – suggests Buveur D’Air is back on track, and while a narrow defeat in the Christmas Hurdle followed, this Cheltenham specialist will be all geared up for a return to the famous festival.

Previous Post: « How the January Transfer Window Can Revitalise Any Football Club’s Fortunes
Next Post: Cheltenham Festival 2019: Why are the Rooneys Boycotting the Meeting and How Will it Affect the Betting? »