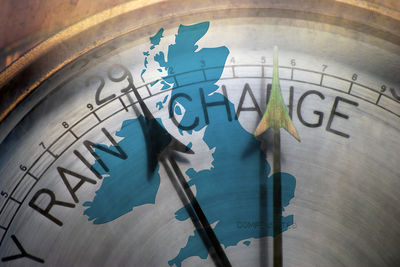 If you cast your mind back to Cheltenham Festival 2018, you may just recall the incredible weather we experienced here in the UK in the build-up.

Heavy rain turned to snow, and when the temperatures fell even further that became thick black ice.

At one point, it looked as if the Festival might have to be abandoned such was the devastation, with even the track’s rather expensive drainage system unable to cope with the deluge.

In the end, the conditions cleared somewhat, but the 2018 edition was the first time in two decades that the Cheltenham Festival kicked off with heavy going.

It was a mudbath for the horses and something of a bloodbath for punters too. The stodgy conditions saw the powerhouse Native River upset the bookies favourite – and the quicker horse – Might Bite in the Gold Cup, while the 6/5 jolly Apple’s Shakira was way back in a Triumph Hurdle renewal that became something of a test of stamina.

Heavy ground levels the playing field, as we know, and makes life rather difficult for punters into the bargain.

So what does the long range forecast have in store for the 2019 edition of the Cheltenham Festival?

The festivities kick off on Tuesday March 12, and the long-range forecast suggests that there should be no major problems in the build-up.

Starting from March 5 onwards, there is lots of sunshine in the early forecast and mild temperatures too, ranging from 9-12°.

There is something of a turn on Sunday March 10 and Monday the 11th, with some ‘light rain’ in the forecast according to AccuWeather (below).

There may be the odd downpour on the first day of the Festival too, but the good news is that – according to this rather premature prediction – that will clear away on Wednesday, with Thursday and Friday seeing the track bathed in glorious sunshine and some decent temperatures too; up to 12°, quite possibly.

So just how accurate is the long-range forecast? Predicting the weather is a tricky task at the best of times, but the accuracy of the next day forecast has a reassuringly high success rate.

And the good news is that both the five and ten-day forecasts offer a reliable degree of certainty too, according to this report from Minitab.

Their research found that the five day forecast had an excellent level of reliability when it comes to predicting temperature fluctuations, and as you an see from the graph the ten-day effort isn’t bad either.

So, stay tuned to the forecast as early as the turn of March; it might make the difference between your ate post bets proving successful….or otherwise.

When the Going Gets Good 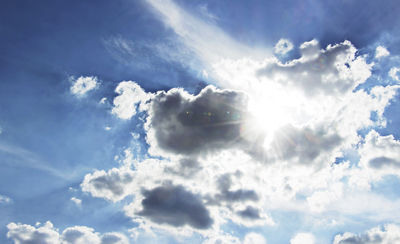 The last time the Cheltenham Festival was run on good ground, which appears to be a possibility in 2019 according to that long-range forecast, the news was much better for punters.

The 2017 edition was bathed in sunshine and firm enough footing, and as expected the ‘better’ horses tended to come to the party.

Many will point to 7/1 hope Sizing John winning the Gold Cup as a contradiction to that statement, but don’t forget that Jessica Harrington’s horse was a quality performer who raced for so long in the shadow of Douvan.

Besides, Djakadam was a ‘false’ favourite in many people’s books, while the 7/2 shot Native River wanted softer ground; the kind he enjoyed 12 months later.

Elsewhere, there were dominant runs for Altior and Buveur D’Air, and Apple’s Jade beat Limini in the Mares’ Hurdle; the latter, of course, had beaten the former on heavy ground in the Punchestown Mares’ Hurdle just a few weeks earlier.

Might Bite and Un De Sceaux also did the business as favourites in their respective races, even if the 2/9 Douvan let the side down; he was later found to be lame and thus unable to produce his best.

The 2017 Cheltenham Festival was a strong one for punters then, and further proof that, more often than not, the cream rises to the top on good ground.

Let’s assume that the long-range forecast is correct, and that the Cheltenham Festival 2019 will be played out in warm sunshine and with good going. How would that leave the betting markets looking?

That would certainly make for an intriguing Gold Cup renewal, and the quick pace might just push favourite Presenting Percy to the limit. 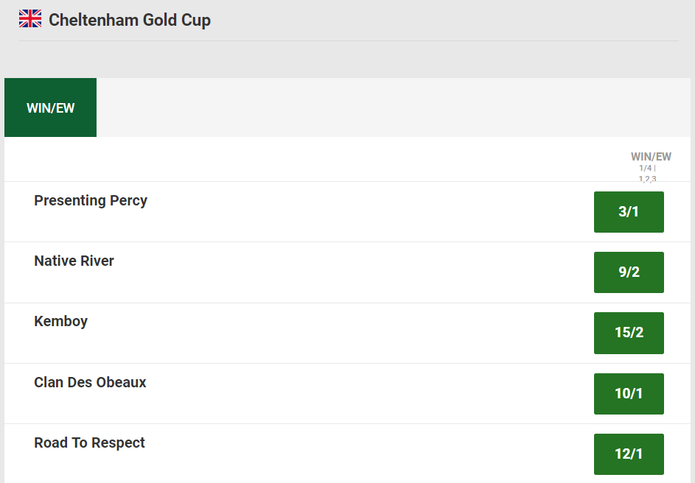 The 3/1 shot will be making a rare foray up to 26f, and as we’ve seen his connections aren’t keen to run the eight-year-old on anything other than soft ground; hence his log-awaited start to the 2019 campaign.

You could say, perhaps, he might be one of the favourites to swerve at this juncture.

Could a step up to 20f be the key to a successful chasing career for Min? He won the Punchestown Chase last time out on good ground, and he looks a reliable bet at 6/1 in the Ryanair Chase ante post market. 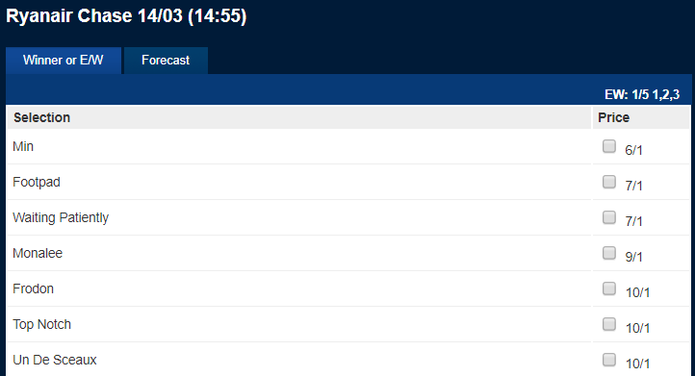 Neither Waiting Patiently – on the back of a weak season thus far, nor Footpad, who will step up to the 20f mark for the first time – really appeal.

The Stayers’ Hurdle takes on a different dimension when run on good ground, and that will certainly suit Cleeve Hurdle winner Paisley Park. The seven-year-old has been untouchable of late, an a quick pace won’t frighten the 5/2 ante post favourite one bit.

Can Altior be stopped? Staying at the 15 and 16f mark of course keeps him away from many of racing’s big players, but if that’s the distance he specialises at then why change anything?

Nicky Henderson’s nine-year-old can win on any ground, and if his Champion Chase entry is confirmed then it seems highly unlikely the 4/7 chance won’t add to his burgeoning trophy collection.

The Arkle appears to be a much more open contest, with Lalor installed as an early ante post favourite at 11/2. 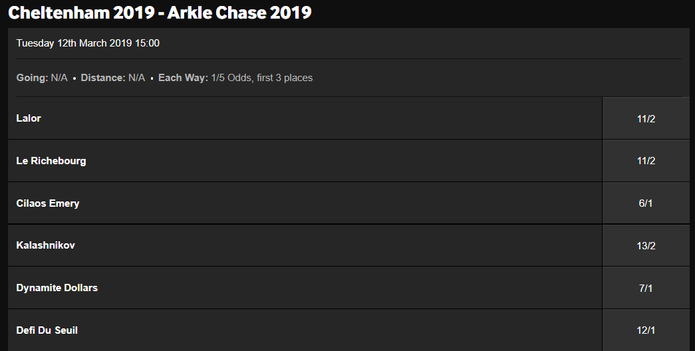 And why not? The German horse won the Arkle Trial in impressive fashion at Cheltenham on good ground back in November, besting the Arkle second favourite Dynamite Dollars by a comfy seven lengths.