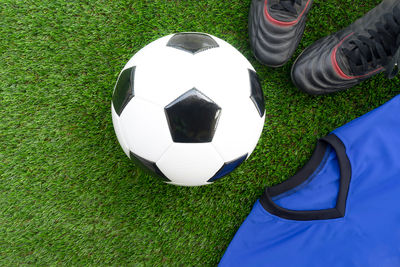 It’s the kind of story you dread hearing and reading about.

A plane carrying Cardiff City striker Emiliano Sala and a pilot has gone missing on route to Wales from France, where the Argentine striker was saying goodbye to his former Nantes teammates.

The plane lost contact with Jersey air traffic control as it travelled over Alderney in the Channel Islands on Monday night, with the Argentine allegedly sending a WhatsApp message to friends that said he was ‘really scared’ and ‘on a plane that looks like it’s going to fall apart’.

The Mirror reported on a tragic voicemail message that Sala sent to his father. “I’m here on a plane that looks like it’s about to fall apart, and I’m going to Cardiff. If in an hour and a half you have no news from me, I don’t know if they are going to send someone to look for me because they cannot find me, but you know….Dad, how scared am I!”

The search for survivors continued at pace on Tuesday and Wednesday, with five light aircraft and two lifeboats despatched to cover a 1,000 square mile radius of the Channel, according to Guernsey Police.

Unfortunately, the prognosis is not good according to John Fitzgerald, the chief officer of Channel Islands Air Search. “Sadly, I really don’t think, personally, there is any hope,” he said.

“I think even the most fit person if they are in the water would not last longer more than a very few hours.

“At this time of year the conditions out there are pretty horrendous if you are actually in the water.”

Guernsey Police hope that the plane landed intact on the water, and that Sala was able to deploy a life raft.

Loveable Giant Praised By All Who Know Him

You suspect that if this story is to have a happy ending, Emiliano Sala will need to showcase all of the strengths that inform his performances on the football pitch.

The 28-year-old has been described as a ‘warrior’ and a ‘fighter’ by many different friends and associates this past week, and his combative nature on the pitch will surely come in handy in these direst of circumstances.

The Nantes president, Waldemar Kita, said: “I’m thinking of his friends, his family, I’m still in hope, he’s a fighter, it’s not over, maybe he’s somewhere, waiting for some news that we hope will be positive.”

Claudio Ranieri, the current Fulham boss who guided Leicester City to their unlikeliest of Premier League title triumphs, managed Sala during his time at Nantes last season. He said: “He’s a fantastic footballer who always gave his best when we worked together in France.

“Like everyone else, I was devastated to hear the news this morning that Emiliano was on board the aircraft.

“Emiliano is a wonderful character. Knowing him as a person, he’s a fighter.”

“He’s a fantastic footballer who always gave his best when we worked together.”

Off the field, Sala was known to be something of a sensitive, intelligent soul, who would be more likely to be spotted at his local café with pet Labrador Naja than falling out of a celebrity nightspot.

An avid reader, Sala was often the butt of his teammates’ good-natured jokes for his bookish habits.

Former colleague Felipe Saad, who played with the Argentine at Caen, told the French newspaper L’Equipe: “He was a lovable, generous fellow. He always believed that football was a team sport. I am so shaken.

“His move to Cardiff was going to bring him the recognition he deserved, albeit belatedly. He so deserved his talent to be recognised.”

It was a talent occasionally lost to problems with self-belief, and it was only a move to Nantes – and the hook-up with head coach Vahid Halilhodzic – that took Sala’s career to the next level.

Struggling with low confidence under former boss Miguel Cardoso, the Argentine was rejuvenated by the appointment of Halilhodzic, himself a handy striker during his playing days, and the Bosnian became something of a mentor to his beanpole frontman.

“He’s a sensitive young man; he needs to feel confident, so the priority was to help him believe in himself. Only after that could we talk, striker-to-striker,” Halilhodzic has said.

He’s been rewarded too. Sala currently sits amongst the top goalscorers in Ligue 1, with his 12 strikes coming at a rate of better than one every two games.

That prolific return convinced Neil Warnock at Cardiff City to part with £15 million for Sala, who would have been tasked with the job of keeping the Bluebirds in the Premier League.

Sala hadn’t even been officially unveiled as a Cardiff City before he was already proving popular with the club’s supporters.

One bunch of young Bluebirds fans happened to be in the area as the striker completed the formalities of his deal, and they were able to spend some time with their new frontman. “We saw him in the window by the main entrance signing some [paperwork],” said Hywel Davies, 16.

“So we waited outside for a bit, thinking he might come out. He did in the end and he was nice enough to come and have a photo. He was asking us how we were, he just seemed like a nice guy.” 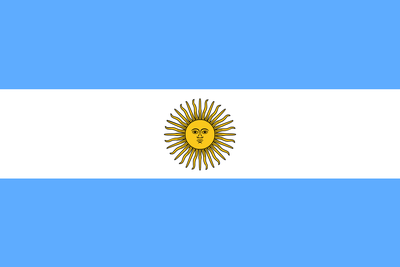 That ‘nice guy’ tag follows Sala around, and is a credit to him given the typically tough upbringing he experienced in the Argentinean suburbs.

Born back in October 1990, he grew up in the community of Cululu, which is part of the Santa Fe province where gang warfare is rife.

Sala put all his efforts into his football and was duly rewarded when he joined the youth academy at Club Proyecto Crecer, before being spotted by scouts from Bordeaux, who recommended the 21-year-old to the French club.

As a youngster, the striker was regarded for his work rate and physicality, but lacked the technical prowess at that time to make the breakthrough into the first team.

And so he was sent out on a number of loan deals, particularly spells at Niort and US Orleans where he bagged a combined 37 goals in 74 games.

Sala was then loaned out to Caen, where he enjoyed another fruitful spell, and that convinced Nantes to splash out on the target man.

His exploits there caused a tug-of-war for his signature featuring a number of British clubs, with Cardiff finally winning the battle.

Let’s hope they get an opportunity to see their new man in action….

Previous Post: « Is Altior Poised to Equal Big Buck’s Record 18 Wins in a Row at the 2019 Cheltenham Festival?
Next Post: The Life & Career of Emiliano Sala: From Cow Fields in Argentina to a Terrace Darling in Nantes »