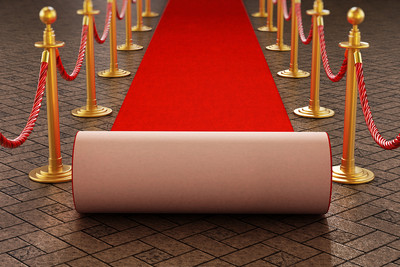 The initial entry list for the 2019 Grand National has been announced, and in amongst an eclectic field of horses that includes defending champion Tiger Roll you’ll find Sandymount Duke, who is owned and bred by legendary Rolling Stones guitarist Ronnie Wood.

The wrinkly rocker has stabled his charge with Cheltenham Gold Cup winning trainer Jessica Harrington, so the pedigree is there for the unlikeliest of rock star triumphs.

Will Wood be left to ponder why you Can’t Always Get What You Want, or will punters find him dancing around the winner’s enclosure like a Jumpin’ Jack Flash come Saturday April 6 at Aintree? The early bookmakers’ odds have Sandymount Duke down as a 66/1 shot, so probably the former, but as we know at the Grand National almost anything can happen.

There are plenty of other ‘celebrities’ that have dipped their toes into the world of horse ownership, and back in January it was revealed that former Countdown boffin Carol Vorderman and unsafe TV driver Richard Hammond had joined a consortium to purchase Subway Surf, who would go on to win on her debut at Prestbury Park.

Here are some other famous faces that own horses, with mixed levels of success.

As well as being recognised as arguably the greatest manager in English football history, Sir Alex Ferguson is also carving out a niche for himself as a good judge when it comes to horse ownership.

He very rarely had to break out his famous ‘hairdryer treatment’ on Rock of Gibraltar, a Group One star he part-owned. The Coolmore stallion won both the UK and Irish version of the 2000 Guineas, and also tasted glory in the Sussex, Dewhurst and St James’ Palace Stakes. A tilt at the Breeders’ Cup Mile at Arlington Park ended in narrow disappointment.

Sir Alex has got his fingers in the pie when it comes to top-notch National Hunt horses too. Clan Des Obeaux, who won the King George VI Chase in electric fashion back on Boxing Day 2018, is expected to challenge for honours, while another of the Scot’s litany will challenge Ronnie Wood for supremacy in the Grand National.

Like the Rolling Stones’ man’s entrant, Sir Alex’s Give Me A Copper is not all that well fancied by the market at 60/1, but the former Manchester United gaffer has proven a shrewd judge before and with the irrepressible Bryony Frost potentially taking the ride, whose to say Ferguson won’t take his success at Old Trafford onto the Aintree track as well.

When not given egocentrically-driven advice on his own eponymous show, Jeremy Kyle forms an unlikely horse racing bond with Sir Alex Ferguson, in that he also has a stake in Give Me A Copper.

Kyle could be blessed with options in this year’s Grand National with Black Corton also in the initial entries list.

The eight-year-old, trained by Paul Nicholls, is a former Kauto Star Novices’ Chase winner, and is another horse that could have Frost in the saddle, who will be aiming to become the first female jockey to win the Merseyside extravaganza.

The ITV man is also the financial muscle behind Glen Rocco, an eight-year-old who won impressively at Kempton Park last time out. Perhaps old Jezza will have another Grand National challenger on his hands in the near future.

Sir Alex Ferguson was often said to be like a father figure to his players, and that inspirational leadership clearly had an effect on two of his signings, Michael Owen and Wayne Rooney, who have subsequently gone into horse ownership.

Owen runs his own yard at the Manor House Stables, and with 30 or so horses to his name has already enjoyed major success, landing the 2014 Irish St Leger with Brown Panther.

The yard is co-owned by Betfair founder Andrew Black, and trainer Tom Dascombe is attached, so expect plenty more winners to come.

Rooney, meanwhile, part-owns a number of different racehorses. Yourartisonfire enjoyed a fairly inconsistent career but did win the odd race, while Switcharooney – who also has Wazza’s wife Colleen on the ownership papers – is yet to break his duck. 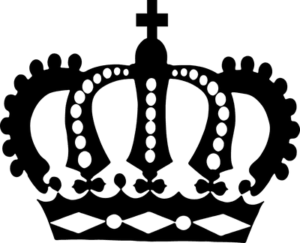 A celebrity? Perhaps not, but the Queen has enjoyed regular bumper paydays thanks to many of our horses; not a bad way to enhance her taxpayer-funded life of luxury.

Some £7 million has been made by her majesty’s yard since she took over from her father, King George VI, and at one edition of Royal Ascot in 1957 she had four winners.

The Queen’s CV features wins in the Epsom Derby, Epsom Oaks, St Leger, the 1000 and 2000 Guineas and the Ascot Gold Cup.

What do MC Hammer and Queen Elizabeth II have in common? As well as a love of rap music (probably), both have also owned racehorses.

Yep, that’s right, the U Can’t Touch This singer purchased the Oaktown Stables at the height of his riches, a yard which trained around 20 horses at any given time.

Lite Light, arguably the pick of the bunch, won a number of Grade 1 races in the US, including the Kentucky and Santa Anita Oaks.

The silver-tongued actress has a long and storied history in racehorse ownership, and once won the prestigious Lincoln Stakes with Smokey Oakey.

On this day in 2008, Smokey Oakey won the Lincoln @DoncasterRaces for Mark Tompkins and Jimmy Quinn pic.twitter.com/bUT4pzBYK1

Her most recent pet project was As De Mee, who ran in the JLT Novices’ Hurdle at the Cheltenham Festival and who has placed in 14 of his 28 starts. 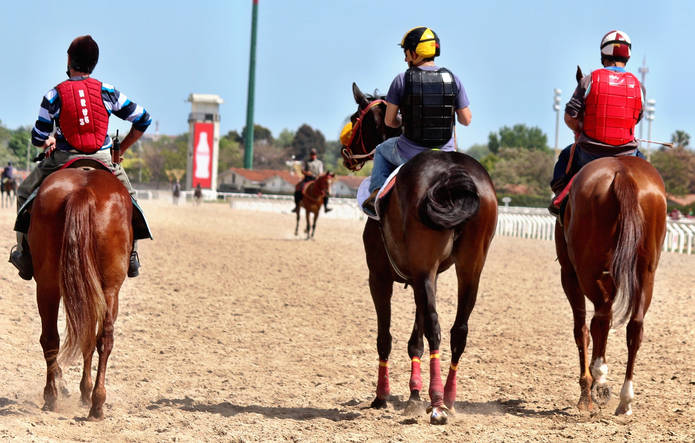 The Field of Dreams actor clearly has a love of the great outdoors, and he has a stake in a umber of racehorses across the pond.

Most of those compete at the Hollywood Park course in California, and while he is yet to have any big winners the Waterworld star at least has the financial muscle to keep trying.

Costner owns a ranch in Santa Barbara, where he also gets to fulfil his hobby by riding horses on his own land.

It’s hard to imagine glamorous actress an model Liz Hurley covered in mud in her wellies and Barbour jacket, but she has invested significantly in various racing ventures.

Most notably, she owns a stake in the Highclere Thoroughbred Racing network, who have enjoyed numerous big winners through the years.

On this day in 2010 Memory stormed home to win the Gr3 Albany Stakes for @rhannonracing, Richard Hughes & her #HTR share owners #RoyalAscot pic.twitter.com/l171MK0Lis

They also have a strong heritage of breeding future champions, and one horse that the Austin Powers actress invested in – Memory – would later be sold to the Queen for a cool £500,000, after which he went on to win the Albany Stakes.

When he’s not cooking up a storm in the kitchen, you’ll find Heston down at the racetrack cheering on his interests.

Like Hurley, former British athlete Denise Lewis and the actor Hugh Bonneville, Blumenthal is a paid-up member of the Highclere connection.

The mad scientist has a stake in four horses including Acolyte, who once trousered a huge pay-packet for his owners with victory on the turf at Meydan.

The lollipop-sucking TV sleuth, played by Telly Savalas, also had a sideline business in horse races….with one very notable success.

Telly’s Pop, however did they come up with that name, won the California Derby in 1976 to land Savalas a rather hefty payday.

The colt would latterly go off as favourite in the Santa Anita Derby, but a poor run saw him finish fifth and end any hopes Kojak had of competing for the Kentucky Derby.