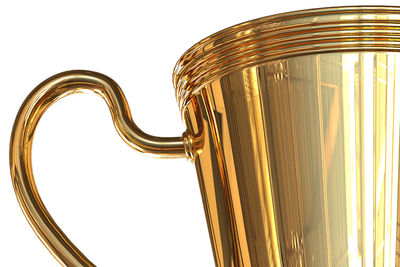 In these weeks just prior to the Cheltenham Festival, ordinarily we would expect trainer’s to play down their horses’ chances when the media are invited on-site for the stable tours.

But the theme in 2019 has been one of confidence, with Willie Mullins already talking up the chances of many of his key entrants to the meeting.

And that has continued this week with the stable tours of Paul Nicholls and Colin Tizzard; both of whom have lively contenders for the Gold Cup among other races at the four-day extravaganza at Prestbury Park.

All eyes will be on Friday March 15’s showpiece, of course, and it might just be that these two trainers have a pair that most keenly contest one of the sport’s most famous prizes.

They say that in sport timing your run is everything.

If you believe in momentum and the powers it brings, then it’s hard to overlook the claims of Clan Des Obeaux in the Gold Cup, whose BHA rating has increased from 155 to 173 in little over a year on the back of two handsome performances.

The first came in the King George VI Chase on Boxing Day, in which he bested a quality field that included Thistlecrack, Politologue and Native River.

The second was another heavyweight performance, this time at Ascot for the Denman Chase, in which the seven-year-old dominated the field to win by a full eleven lengths.

Ten years afte @PFNicholls last won the Cheltenham Gold Cup is this his next winner in waiting of the big one? pic.twitter.com/R8IEFz08Bi

All roads lead to Cheltenham then for this powerhouse, and Paul Nicholls can’t wait to see his charge on the big stage.

“I am thrilled with the way Clan [Des Obeaux] has progressed this season. He has had a great preparation and it is nice to go to Cheltenham with a leading chance,” the trainer said.

“We are really looking forward to running him. I think there is a bit more improvement to come from him.

Clan Des Obeaux is currently contesting favouritism in the ante-post market with Presenting Percy, with Nicholls’ bullish praise for his horse seeing his price fall from 5s into 4s.

Somebody who might have cause to question Clan Des Obeaux’s claims is Colin Tizzard, who knows a thing or two about training Gold Cup winners.

He saddled Native River to glory 12 months ago, with his horse just besting Might Bite in a thrilling duel.

The nine-year-old will have to re-write his own slice of history if he is to best Clan Des Obeaux – nobody has won back-to-back Gold Cups since Best Mate well over a decade ago – but Tizzard is confident in all three of his entries.

“My opinion is Native River’s done it, and of course he’s probably got the better chance,” Tizzard said. “But the other ones, on their day, with everything going right, would have a massive chance.

“Elegant Escape is a massive stayer – you can’t get away from that – and stamina does kick in; Thistlecrack is a World [Stayers] Hurdle winner and a brilliant horse.

“We’ll let them all run and see which one’s the best. Let them all play their game.”

With over 2000 winners to his name, including four Gold Cups and a Grand National champion, and as a ten-time champion trainer, you could forgive Paul Nicholls for becoming rather blasé about the sport.

But not a bit of it: he can’t wait for Cheltenham to come around.

“It is the most excited I have been about the festival for a while. Having a fancied runner in the Gold Cup is what you really want,” he said.

“The festival is the Olympics of our sport; it isn’t the be all and end all but everyone wants runners. The team and the staff are all very excited for it.”

Remarkably, Nicholls has only saddled three winners at the last two editions of the festival leaving the six time Cheltenham Festival Champion Trainer priced at 20/1 to topple the likes of Mullins, Tizzard and Gordon Elliott at Prestbury Park.

When you look at his assembled entries he has every reason to feel confident too. For punters seeking some early ante-post value, you could do worse than take a look at the trio Nicholls has been particularly effusive about, including Frodon, the seven-year-old who has improved immeasurably this term to win three times – including the Cotswold Chase.

“He’s a proper horse; he has had a wonderful year. He jumped and travelled well in the Cotswold Chase; we haven’t run since purposely to keep him fresh and well,” Nicholls said.

“He’s in the Ryanair and Gold Cup and we’ll have a look and make a plan depending on who else is running. We’ll keep our options open, and run him in the race we think he’ll have the best chance.

“I really fancy Topofthegame; he’s one of our leading chances without a shadow of a doubt. He’s a proper horse with good form and we certainly haven’t seen the best of him yet.

“Quel Destin improved since his last run, he’s a tough horse. Sean [Bowen] was very impressed with him at Haydock last time. I know Sir Erec is a very short-priced favourite for the Triumph, but he will have to be really good to beat our horse. He’s one of our leading chances for Cheltenham.”

The Class of Lostintranslation Speaks Volumes

While Colin Tizzard isn’t as mob-handed as Nicholls ahead of the Festival, he does boast one very lively contender.

Lostintranslation has impressed everyone with his game running this past year, and it’s little wonder the seven-year-old is so well fancied for the JLT Novices’ Chase. 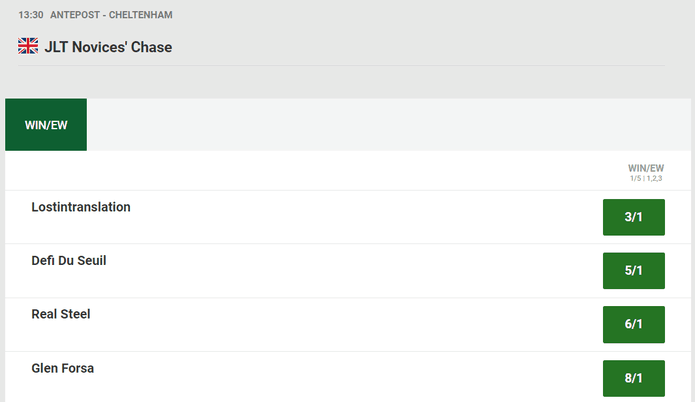 “He was second to Defi Du Seuil last time, and that is lovely form. He is just a lovely chaser, and he has got form round Cheltenham,” Tizzard said.

“He is one of the favourites for the JLT. I keep thinking I should have had him in the RSA – but when the entries went he was so good over two-and-a-half, so it’s fine.

“They will go a strong pace, and he can jump off pretty handy.”

The Dorset handler has already pegged Lostintranslation as a future Gold Cup runner, so winning this novice outing could well be his first step on the journey to more glory at Prestbury Park.