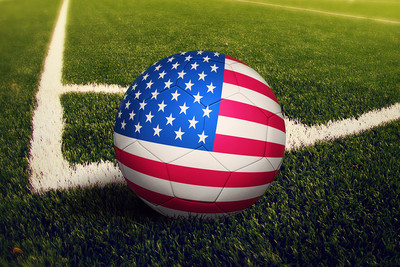 As the domestic football season approaches its thrilling finale, punters start to get the fear.

The fear is the knowledge that for around four months, they won’t have any football to bet on.

This year, there isn’t even a World Cup to cushion the blow, and we’ll all have to wait until 2020 for the next major international football – the European Championships – to enjoy in the summer.

That is, of course, unless you consider the UEFA Nations League to be ‘proper’ football.

Happily, there is a solution if you are willing to open your mind to new possibilities.

The MLS is the USA’s version of the Premier League, and if you haven’t watched any of the matches yet or sampled the action then it really is worth a look.

The unique rules that govern the transfer market in the US mean that clubs can only sign certain players based upon their reputation and nationality, meaning that many sides tend to splash out on key ‘designated’ players and cram their defences with fairly ordinary local players or even kids straight from college ‘soccer’.

As you can imagine, that tends to lead to some rather high scoring matches….great news for goals-based punters.

From Zlatan Ibrahimovic at LA Galaxy to Wayne Rooney at DC United, if they can get him out of the bar, the MLS has plenty of star appeal as well as some fantastic young talents who you may hear more about in the coming years. One such player, Miguel Almiron, has just left Atlanta United to become Newcastle United’s record signing.

It really is a fascinating league, and one that is wide open too. Forget the monopolisation of Manchester City and Liverpool in the Premier League; the LA Galaxy are the favourites for the MLS Cup, the end-of-season competition which governs the best team in the division, at odds of 5/1, but there are five other teams priced at 10/1 or shorter. That’s how close it is.

Oh, and there’s a fantastic 66/1 shot that we are really sweet on. More on that later.

Atlanta Look to Overcome the Weight of History

Only three times, since the formulation of the competition in 1996, has a team retained their MLS Cup title.

That gives a flavour of how wide-open this tournament is, and explains how the transfer rules in the US help to keep the MLS fluid and dynamic….something for the big cheeses on the board of the Premier League to consider, perhaps?

Either way, the history books suggest Atlanta United have their work cut out in 2019.

In just their second season as a fully-fledged franchise, the ‘Five Stripes’ claimed their maiden MLS Cup win by overcoming Portland Timbers in front of 73,000 people in the Mercedes-Benz Stadium in Georgia.

It’s an extraordinary effort, and one franked not only by Almiron’s excellence but also the goalscoring exploits of Josef Martinez, who shattered every record going with his 35-goal return.

That said, it’s been a tough off-season for the champions.

Almiron has gone and so too has ‘Tata’ Martino, the club’s legendary head coach. He has been replaced by Frank De Boer, the Dutchman whose managerial spells at Inter Milan and Crystal Palace have left a lot to be desired.

They will look to fill the void left in attack by Almiron with Pity Martinez, a phenomenally-talented full Argentina international whose performances for River Plate have to be seen to be believed. Honestly, YouTube some of the goals he scored in his homeland.

The 25-year-old is, however, a different type of player to Almiron, whose direct dribbling style meant the side could counter attack through him. Without his forward motion will Atlanta be stunted?

It’s also worth noting too that a high proportion of their goals – 13 to be exact – came from the penalty spot, and even with a sprinkling of sibling-associated star power – Atlanta signed Paul Pogba’s brother, Florentin, recently – you can sense our pessimism in their chances of retaining their crown.

He wouldn’t admit as much, but 2019 might be the final year we get to see Zlatan Ibrahimovic strut is stuff.

The Swede will turn 38 before the season’s end, and as anybody knows of that sort of age often the brain writes cheques the body can’t cash.

Zlatan will have one final tilt at silverware with LA Galaxy, who the bookies fancy to do some damage this season.

That’s surprising, given that they finished in mid-table in the Western Conference last season, but a couple of notable incomings have set the pulses racing.

Chief among them is Guillermo Schelotto, a highly-rated Argentine coach who won stacks of silverware with River Plate.

And there’s also Uriel Antuna, the promising Mexican on loan from Manchester City, and Diego Polenta, a rugged Uruguayan centre half with full international caps who Marcelo Bielsa reportedly wanted to sign for Leeds United in the summer.

The only downside is that they lack goalpower, with Zlatan scoring 33% of their total goals haul last season. If they can find somebody to lighten the load, they might just have a chance.

If the lurid tabloid revelations about his private life are true, you wonder how much of an impact Wayne Rooney will have on the MLS this season.

With 12 goals and six assists in just 19 appearances, the Evertonian looked to be a man reborn in his new surroundings.

Aided by Luciano Acosta, the brilliant Argentine who topped the MLS assist charts with 15, Rooney and DC United surely would have achieved even better things but for a bizarre fixture pile-up caused by the building of their new stadium. That saw them play pretty much all of their matches away from home in the first half of the campaign, and their results suffered accordingly.

They will miss ten-goal Darren Mattocks, who has joined FC Cincinnati, but if they can get Rooney to put down the bottle they could be genuine dark horses for honours.

The Queen City Look Ready Made to be Coronated

There is a strong heritage of MLS teams doing incredibly well immediately after their formation.

Atlanta won the whole shebang just two years after their inception, while a few years ago the Chicago Fire won the MLS Cup and US Open Cup in their first year in the competition.

And so you could argue that FC Cincinnati, in their inaugural campaign, should be attracting more interest than their 66/1 odds suggest.

They have an inexperience coach in Alan Koch, which is a downside, but he and the front office staff have assembled an excellent roster of players.

Already on their books was Fanendo Ali, who bludgeoned 50 goals in 120 games for Portland Timbers, and he has been joined by a variety of top-notch talents.

They have brought in 18 goals from last season in Mattocks and Roland Lamah, while Kekuta Manneh is as pacey a winger as you are likely to see.

Kendall Waston, Victor Ulloa and Greg Garza – a former MLS all-star – have lengthy CVs in the competition, and Nick Hagglund is a reliable defender to partner Waston.

And some magic dust might be provided by their international signings. Przemysław Tytoń is a Polish keeper that has played for the likes of PSV, Stuttgart and Deportivo, Leonardo Bertone has featured in continental competition for Young Boys and Mathieu Deplagne has plied his trade in Ligue 1 for many years.

This is a squad packed with proven MLS quality and some intriguing overseas signings, and at 66/1 FC Cincinnati should give punters a fantastic run for their money.

Previous Post: « The 2019 Grand National: Everything We Know So Far After the Weights Were Announced
Next Post: Cheltenham Festival Preview 2019: Mullins Lifts the Lid on His Major Festival Fancies »