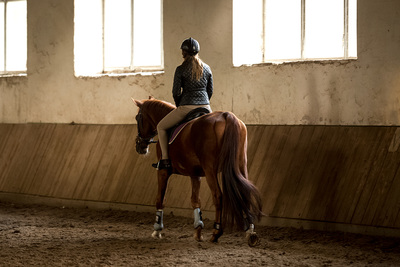 March the 8th is International Women’s Day, and as such each year it falls just a matter of days prior to the Cheltenham Festival.

There are many walks of life where women still aren’t afforded the same opportunities as men – which in the year 2019 is a real stain on society – but one area where the playing field is levelling all the time is horse racing.

Lucinda Russell, Venetia Williams and Jessica Harrington have trained stacks of winners down the years, and there looks to be some solid claims for more success in 2019 at the festival, with Emma Lavelle saddling Paisley Park – the warm favourite with the bookies for the Stayers’ Hurdle – and Kayley Woollacott entering her classy chaser Lalor in the Arkle.

It was the 2018 edition of Cheltenham that acted as something of a watershed moment for female jockeys, with four women all leading home winners for first time in the history of the festival.

Lizzie Kelly was the first champion on Coo Star Sivola, and sure enough three of her fellow ladies followed her into the winner’s enclosure shortly after.

Katie Walsh, sister of eleven-time Cheltenham champion jockey Ruby, powered home on Relegate to win the Champion Bumper, while on the Friday Bridget Andrews and Harriet Tucker triumphed in the County Hurdle and Foxhunter Chase; the latter riding with a dislocated shoulder for much of the race.

For Kelly, it heralded the start of a landmark era for women in racing.

“I feel we are in a golden era with female jockeys at the moment, and we’ve got girls that are achieving above and beyond,” she told The Independent.

“The fact that we do compete with them [male jockeys] is a point forward in terms of sport. We get the same prize money and the same riding fee, that’s way ahead of some of the top sports in the country.”

The 26-year-old is just one of a number of female jockeys that have pushed their way to the upper echelons of the sport, alongside Bryony Frost, who has ridden 89 winners this season with a fantastic 35% place rate, and Rachael Blackmore, who has earned her connections more than €1 million in prize money in 2018/19.

That trio have chances to extend their fine seasons at Prestbury Park, and it’s quite possible that we will see five or more winners piloted home by a female jockey in 2019.

Here’s the pick of the fancies:

The trailblazer, who was also the first woman to ride a Grade One winner in Britain, led Coo Star Sivola to glory in the Ultima Handicap Chase in 2018, and she will again saddle the seven-year-old as she looks to defend that title.

And Kelly has other high hopes too, including Siruh Du Lac in the Brown Advisory Plate & Merribelle Stakes.

One thing she won’t suffer from is any nerves in the spotlight, having become the first woman in more than 30 years to ride in the Gold Cup back in 2017. Kelly returned a year later aboard Tea for Two, with whom she’s enjoyed plenty of Grade One success, and finished seventh.

“There’s quite a lot of pressure in order to perform. I’ve always felt that I can’t change the result, but I can give the horse the best ride that I can,” Kelly has said.

“Realistically, if you go there and personally perform at the best of your ability and give it the best ride you can’t really put in a lot more than that.

“The pressure comes from the fact that the festival itself has such respect in the racing community and also owners and trainers want to have winners at the festival.”

Could this be the year that we see the first female jockey to win the Gold Cup?

Bryony Frost will be aboard Frodon in the flagship renewal, and while as a 28/1 shot with the bookies the horse is a possible, rather than a probable, he still has some good form to call upon.

The seven-year-old has won both of his last pair of starts – at Cheltenham, incidentally – including a hugely impressive triumph in the Cotswold Chase over 3m last time out.

Paul Nicholls is now targeting the Cheltenham centrepiece over the Ryanairhttps://t.co/jJCgHoNOlC

Does Frodon have what it takes to be a Gold Cup winner? pic.twitter.com/xFLA67Dlkz

How will he handle the step up to Grade One company? We shall have to wait and see, but this is a horse with plenty of gas in the tank.

Frost will also take the ride on Black Corton, the ever-game French horse that has twice won at the track.

Some pundits believe she is one of the best steeplechase riders around, but you won’t hear Frost getting carried away by the praise.

“I’m just trying to make sure that I’m improving every time I go out and ride a horse,” she told The Guardian.

“I watch every replay. I feel like, if you think that you’re good enough and you’ve got to where you should be, that’s the moment you start going backwards. I believe that next year I’ll be 10lb better than I am now.”

If she can land Gold Cup or even Ryanair Chase glory aboard Frodon, she’ll be watching the replay for years to come.

The Irish ace is on the brink of creating history after forcing her way into the reckoning for the Irish Champion Jockey title; she will battle it out with Paul Townend and Davy Russell for the ultimate honour over the coming weeks.

Blackmore could enhance her CV yet further at the Cheltenham Festival, where she will take the mount of Monalee, who is entered in the Gold Cup but who looks a real contender for honours in the Ryanair Chase too.

And then there’s Balko Des Flos and Sub Lieutenant too, both of whom are live contenders for glory at the racing extravaganza.

Mind you, you won’t see Blackmore getting carried away.

“I think Eddie [O’Leary] approached Henry de Bromhead at the start of the summer and maybe said ‘would you use Rachael for some of our horses?’, and Henry said yes,” she recalls.

“His horses were flying at the time, and I was the lucky one that got the leg-up on them, and that’s how it started.

“I’m riding a lot for Henry – not just Gigginstown – it’s a case of being in the right yard at the right time, and things are really clicking at the moment.”

She’s very modest, clearly, but if Blackmore can land a winner at Cheltenham next week even she will surely have just cause to talk up her talents.

Previous Post: « Who are the UK’s Biggest Betting Groups? Flutter, GVC & Kindred Vie for Top Spot
Next Post: When Fans Attack: Are Football Players Facing a Rising Threat of Violence? »