Costing £1 billion and coming in a cool six months late, all with an interest in Tottenham Hotspur FC will be hoping that their new ground lives up to the hype.

Fortunately, it appears as if it will, with a variety of space age innovations suggesting that Spurs, finally, will be able to raise the capital required to strengthen their squad and maintain a Premier League title push.

The club has yet to seal a sponsorship deal for their new stadium, and so in the interim period before it’s retitled something garish like the Apple iPhone Arena, let’s enjoy the Tottenham Hotspur Stadium, as it has been temporarily named, in all its glory.

The venue hosted its first game at the weekend: Spurs’ Under-18s beating Southampton 3-1 on a day in which both Mauricio Pochettino and Daniel Levy were in attendance thanks to the international break.

The Argentine actually made his way down from the director’s box at half-time to address the crowd, saying:

“It is unbelievable. I have the same feeling as the last day at White Hart Lane, when we were crying. The first day here is the same emotion. Our dream has come true.

“This is one of the best stadiums in the world and I hope, and wish, the future of this club will be fantastic,” he concluded.

Size isn’t everything, as the old mantra goes, but Tottenham have gone the extra mile to ensure they can compete on an equal footing with the world’s best. The 62,062 capacity will give them the largest football stadium in London, with only Old Trafford bigger in England.

Lofty ambitions off the pitch will hopefully be met by those on it, because one thing is for sure: no stone has been eft unturned in turning the Tottenham Hotspur Stadium into one of the most impressive sporting venues on the planet. 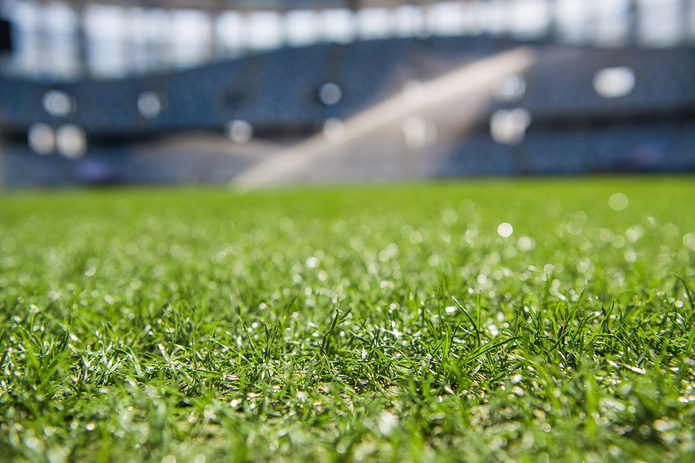 So what can Crystal Palace fans, the first away side to visit here for a Premier League match on April 3, expect from their trip?

Well, the architects have take inspiration from sporting stadiums from around the world, with a particular nod to the NFL in terms of comfort and European football for its creation of atmosphere.

One of the major bugbears of football fans attending a game at a new stadium is that the seating areas are too far away from the pitch. Well, Spurs have tackled that gripe head on by ensuring that no front row seat is more than 8m from the touchline, while the bowl shape of the stands should enhance the acoustics further.

And even those in Row Z have been taken into consideration, with ideas borrowed from NBA grounds in how to improve ‘sight lines’; plus the not-inconsiderable size of the TV screens inside the stadium, which measure some 325 sq ft.

The stadium is cashless, which will annoy those queuing up for their half time pies and pints, but at least the quality of the hospitality should be top notch: the stadium will have its own in-house bakery and microbrewery – served by one of the longest bars in the UK. The brewery can produce a mind-boggling 10,000 pints per minute.

If you plan on bagging a season ticket at the new ground, it might just be worth saving up for premium. This section of the ground features heated seats with USB ports in them, so you can make your own entertainment should Spurs be held to a 0-0 stalemate by Burnley et al.

But arguably the most impressive feature is that pitch, which is like nothing ever seen before anyway. This is the world’s first fully dividing, retractable pitch, which can be removed to reveal the artificial surface underneath that will be used to host NFL games, pop concerts and the like.

The grass pitch, when not in use, is stored in a garage – presumably alongside lawnmowers, tins of wood stain and golf clubs that have accumulated cobwebs – and can live for up to ten days, while being replaced in under 25 minutes.

If the on-field performances of Spurs can match the players’ new surroundings, fans of the London outfit should be in for a fruitful few years.

The Tottenham Hotspur Stadium will be one of the finest venues in the UK, but how will it stack up against the world’s best?

For sheer scale, the 99,000 that Camp Nou can hold takes some beating. It also has the honour of being both retro and modern, with it 1950s build supplemented by a number of contemporary innovations in recent times. Should you ever take a trip to Barcelona, be sure to book onto a stadium tour to see its impressive dimensions for yourself.

There are those who bemoaned the loss of the ‘old’ Wembley Stadium, but anybody that has visited the temporary home of Tottenham will know that this is one classy structure nonetheless.

Holding some 90,000 people with only approximately 20,000 of those disappearing for 30 minutes or more at half-time to tuck into their prawn sandwiches, Wembley has a circumference of 1km; making it one of the largest sporting venues in the world.

You don’t get to see this up close and personal, but from the air Taiwan’s National Stadium resembles a dragon; Google Image search it if you don’t believe us. Holding 55,000 at full capacity, this is the world’s only sporting venue that is almost fully solar powered.

The Tottenham Hotspur Stadium has been designed to be aesthetically-pleasing from the outside, meaning hat it adds to the local environment rather than detracting from it like some kind of huge urban eyesore.

But even the good looks of Spurs’ new home pale in comparison to Athens’ Panathenaic Stadium, the stone-built monument which first opened its doors in the 1800s. The first ever Olympic Games were held here, and the arena remains almost untouched since it was built.

And at £1 billion, you might expect Harry Kane’s new home to be the most expensive stadium build in history.

But incredibly, the AT&T Stadium – home to the Dallas Cowboys – cost even more. Merely NFL’s fourth biggest area with an 80,000 capacity, the stadium is the largest column-free venue in the world and features the largest operable glass doors on the planet, which is nice.

Previous Post: « FIFA Sanctions: Man City and Chelsea Facing Transfer Bans After Breaching Rules on Signing Underage Players
Next Post: How to Tackle Racism in Football After England Players are Abused in Montenegro »