There are 29 members of football’s prestigious ‘1000 Club’: that is, players who have made 1,000 appearances in their career.

The identities of some of the group ensure that this is a pub quiz question unlike any other, and we’ll reveal the identities of the rest of these thoroughbreds later in this article.

But a word should go to the latest inductee, Jamie Cureton, who joined the brigade when turning out for non-league outfit Bishop’s Stortford on Easter Monday.

The 43-year-old is a goalscorer of some repute and longevity, and indeed he holds the unique distinction of being the only player to score in each of the top eight tiers of English football.

You might think after a 25-year career that Cureton would be winding down, but not a bit of it. Despite being co-manager at the Isthmian League Premier Division outfit, he is still a regular starter for Bishop’s Stortford and has bagged 22 goals this term; including one in the celebratory game against Brightlingsea Regent.

Cureton made his debut for Norwich City in 1993, and other than a season in South Korea with Busan IPark he has made his living from football in England.

He will arguably be best remembered for his spell at hometown club Bristol Rovers, where he notched 68 goals in 168 games, and his subsequent turn for Reading, where he scored 50 goals in 108 outings.

So what is it that has ensured such longevity in the game for Cureton? The striker can’t quite put his finger on it.

“I’m playing 90 minutes every week – it is not like I’m playing a bit-part – and it is a bit freakish, really. It’s strange, but I’m very grateful because it’s given me a very long time in the game that I love,” he has said.

“I don’t know how I’m still doing it. I’m very conscious of my food, diet, recovery and just looking after my body. But I think the biggest thing is my drive, my hunger to still play. I suppose I don’t ever want to quit. I love playing so much, and that’s why I keep pushing myself so hard to keep playing.”

These days, when he’s not managing and scoring goals at Bishop’s Stortford, Cureton is also a part-time coach of Arsenal’s Under 16s team. If he could unearth a diamond that plays more than 1,000 professional games, he will surely have earned every penny. 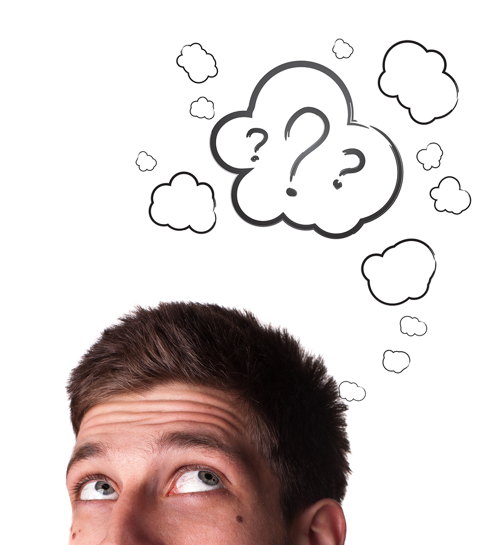 As mentioned, there are 29 members of the 1000 Club, and if you can guess them all you have a knowledge of world football that borders on the obscene.

Indeed, if you’re looking to stump your mates down the pub, ask them to name every single player with 1,000 appearances to their name and then sit back and relax as they squirm for a good few hours.

By the very nature of playing so many games, it’s unsurprising to learn that many in the club are goalkeepers. Nobody has made more competitive appearances than Peter Shilton, who turned out a staggering 1,390 times in a career that spanned a ridiculous 31 seasons.

Other keepers on the list include the Brazilian, Rodrigo Ceni, that famous shot-stopper who also scored 129 professional goals as something of a set piece specialist. Iker Casillas, Gianluigi Buffon and Andoni Zubizaretta are another trio, while England is represented by Ray Clemence, David Seaman, David James and the legendary Pat Jennings.

There’s two more keepers on the list you may never have heard of. Essam El-Hadary, you may just recall, played for Egypt at World Cup 2018, and in the process became the oldest player to feature in a World Cup match at the sprightly age of 45.

The other net-tender which you might otherwise never have known is a chap called Fábio, who is closing in on 800 appearances for Cruzeiro alone at the age of 38. He has played for a number of other clubs in Brazil too, and despite crashing through the 1,000 game barrier is still very much playing to this day.

There are, naturally, some rather high-profile members of the club. You’ll know about the work of the magic Spaniard, Xavi, already, while Roberto Carlos requires no introduction for football fans of a certain vintage. If you are too young to remember the Brazilian, type his name into YouTube, sit back and enjoy.

Number seven on the list of all-time appearance makers is Javier Zanetti, the brilliant Argentine. He played 143 times for his country as well as making more than 850 appearances for Inter Milan, where he won five Serie A titles and the 2009/10 Champions League.

Other names from a similarly high echelon of world football include the brilliant Spaniard, Raul, the defensive genius Paolo Maldini and four-time Champions League winner Clarence Seedorf. While he never necessarily got the same plaudits as this trio, Frank Lampard also deserves to have his name up in lights given his phenomenal domestic career, while another midfield maestro – Alan Ball – was the Lampard of a past generation.

Ryan Giggs nearly made 1,000 appearances for Manchester United alone, which would have been an unbeatable achievement, although Noel Baillie enjoys a similar slice of history with the Irish club Linfield, for whom he turned out a remarkable 1,013 times.

There’s a trio of lower-league titans of English football to mention. Tony Ford played professionally for 26 seasons at clubs as diverse as Grimsby Town, Scunthorpe United and Mansfield Town, retiring at the age of 41 after a career that took in some 1080 matches.

Graham Alexander is known these days for being the manager of Salford City, the club owned by Manchester United’s ‘Class of 92’. A prolific playing career from Alexander saw him turn out more than a thousand times for clubs such as Preston North End, Burnley and Luton Town.

And readers of a certain vintage might just recall Tommy Hutchison, who made his professional debut in 1965 before retiring as a Merthyr Tydfil player in 1994!

There are a few other loose ends to tie up with our 1000 Club rundown. Djalma Santos was the Brazilian blueprint for the modern attacking full back. He won 98 caps for his country, winning two World Cups, as well as allotting more than 900 appearances at his two principle club sides: Palmeiras and Portuguesa.

Yasuhito Endo is considered to be one of the most talented Japanese players never to move abroad for his club football. Instead, he’s turned out more than 600 times for Gamba Osaka, while also winning 152 caps for Japan and representing his country at three different World Cups.

And finally we have the Belgian, Timmy Simons, who enjoyed a stellar career at PSV and Club Brugge. He is the oldest player to be capped by Belgian (39 years, 11 months), and has the third most caps for the Red Devils (94).

If you managed to get all 29 members of the 1000 Club, be sure to sign up for Mastermind today.

Previous Post: « Russell Wilson Joins List of Highest Paid Sports Stars….But Where Does He Rank?
Next Post: The 2000 & 1000 Guineas: Stats to Consider Ahead of 2019’s First Classics »