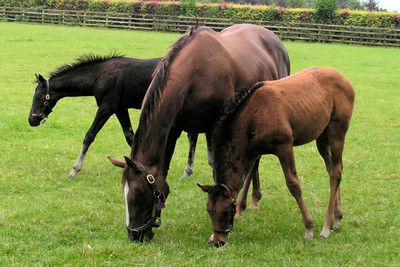 The Racing Post’s Lee Mottershead used the word ‘seismic’ to describe the decision from Michael O’Leary to cease his Gigginstown House Stud operation, and even that doesn’t really do it justice.

The Irish firm has dominated racing on domestic soil in recent years, and while news of their demise will be music to the ears of rival ownership networks, it will also leave a huge hole at the heart of UK and Irish racing.

Michael’s brother Eddie spoke on his behalf, confirming that he simply did not have the time to invest in the project anymore.

“Michael’s children are now growing with their activities, leaving less and less time for racing last season and for the foreseeable future,” he said.

“We’ve just had our best season ever in terms of winners, and it’s been an amazing year capped by Tiger Roll winning the Grand National for the second time last month.

“We have lots of young stock to be allocated among our trainers over the coming weeks, and each of our trainers will receive their usual allocation of young point-to-pointers.”

The announcement came at the end of another stellar campaign for Gigginstown. They watched on as Tiger Roll made history in the Grand National, with the nine-year-old becoming the first horse since Red Rum to win back-to-back editions of the race.

The likes of Gordon Elliott, Henry de Bromhead and Noel Meade will now have to find their winners from elsewhere, although the famous maroon silks won’t be disappearing from the track immediately. O’Leary has confirmed there will be a four-to-five year period of departure, with no new bloodstock purchased and current horses on the books slowly sold.

Like him or not, there is no doubting that Michael O’Leary has been an enduring tour de force in National Hunt racing in the UK and Ireland.

Revered for his business acumen, the Ryanair owner is also loved and maligned in equal measure for his outspoken approach to life.

But one man who will certainly miss O’Leary is another champion trainer, Nicky Henderson. He is concerned too about the future of the industry in the absence of Gigginstown, but at the same time paid tribute to a man he described as a ‘terrific character’.

“Their decision will have an effect on the market place, but that’s not the most important factor,” he said. “More than anything, it’s sad as I’ve enjoyed playing with Michael enormously over the years.

“We’ve watched a lot of races together and have enjoyed each other’s banter. He’s a terrific character but these things happen.

“We often watch races together at Cheltenham from the same little stand, and we’ve been first and second or second and first to Gigginstown so many times, and he’s great.”

Another man who owes a debt of gratitude to O’Leary is Gordon Elliott, who has 33% of horses in his yard emanating from the Gigginstown Stud. Some 46% of all Elliott’s winners have come courtesy of Gigginstown horses too.

“Firstly, I just want to thank Michael and Eddie for their support,” the Irishman confirmed. “They’ve been brilliant to me and a massive part of my career since I started training. I wouldn’t be where I am now if it wasn’t for them.

“We have had some great days together and I hope that we will have many more over the next few years.

“I hope that over the coming seasons the likes of Delta Work, Samcro and Apple’s Jade will continue to do us proud at the top level.”

There have been thousands of winners that have come from the Gigginstown House Stud, but of course not all winners are born equal.

Tiger Roll will forever be the epitaph of the operation. A horse described as a ‘little rat of a thing’ by O’Leary, the nine-year-old has the heart and determination of horses significantly bigger than him, and a set of lungs which has contributed to two Grand National wins and three triumphs at the Cheltenham Festival.

He contributed the second and third Grand National titles to the Gigginstown cause following the triumph of Rule the World in 2016, and there have been glory days at the Cheltenham Festival too: two Gold Cups being the obvious highlights courtesy of War of Attrition and the outstanding Don Cossack in 2015.

The operation has never forgotten their roots, and they continue to be a dominant force on Irish soil – as they will presumably continue to be so for the next couple of years. O’Leary will perhaps look back most fondly on his trio of Punchestown Gold Cup winners – War of Attrition, Sir Des Champs and Don Cossack – but there have been plenty of other days to cheer too.

All in all, there have been 91 Grade 1 wins worldwide and 27 champions of Cheltenham, and in the 2018/19 campaign alone the operation trousered more than £5 million in prize money from 225 horses – helping the firm to a fifth successive Irish owners’ championship, and a seventh in total.

They will be missed on the track and in the sales room too. Gigginstown have made some huge acquisitions through the years, including the purchase of the highly sought-after Samcro at the 2016 Goffs Aintree Sale for a cool £335,000. The £235,000 paid for Battleoverdoyen and the £230,000 for Dortmund Park looks small change in comparison!

But as is the case with all ownership firms, it’s not just about the big bucks signings but the bargains too. Tiger Roll was purchased for just £80,000, and he is just one of many examples of O’Leary and his team displaying customary tact in the sales.

It’s only fitting that the last word goes to O’Leary himself.

“We wish to sincerely thank all our trainers and their teams for the enormous success we’ve enjoyed over the past decade,” he said.

“As my children are growing into teenagers I’m spending more and more of my time at their activities and I have less and less time for National Hunt racing, a situation that will continue for the foreseeable future.

“I hope that by running down our string over an extended four-or-five-year period it will give our trainers ample time to replace our horses without disruption.”