It was a decision that shocked everybody – even those closest to him.

Ruby Walsh has announced his immediate retirement from horse racing after winning the Punchestown Gold Cup on May 1.

It was fitting that Ruby’s final ride on Kemboy featured his trademark dash to the line; in the end, his charge just had the gas to hold off the challenge of the Gold Cup winner, Al Boum Photo.

It was a victory that acted as the curtain call for a career spanning 24 years that has delivered more than 2,700 winners; Walsh is, and will surely remain, one of the most decorated winners in National Hunt history.

Incredibly, his retirement came as a surprise to even his closest connections in the game, with Willie Mullins taking to Twitter to write:

“We were caught on the hop today when Ruby announced his retirement.

“He has been with us since he was 16 and a huge part of our team. Such a natural talent, he is one of the best we have ever seen. Best of luck Ruby and your family on your very well deserved retirement.”

It seems as if, privately at least, the 39-year-old has been planning his retirement for some time, and he might not even have made the Punchestown Festival had he secured a big winner before May.

“I think I knew going out that if he won I wouldn’t ride again,” Walsh said were his feelings prior to his ride on Kemboy.

“I probably thought the same with Rathvinden at Aintree. Nothing goes on forever and it has always been about big races – it doesn’t get any bigger here than that.

“When a decision is made in your head, it’s easy enough to say it and I made it a good while ago.”

The proud Irishman could not have wished for a better conclusion at Punchestown, the track where has enjoyed so much stellar success with Mullins and Paul Nicholls through the years.

“When you’re going out at Punchestown, you go out on a winner. You’ll never again see me on a horse – I’m finished. That’s it – it’s all over,” were his rather frank words of conclusion.

All good things come to an end, and Ruby – who has suffered more than his fair share of broken bones and injuries down the years – can now relax in a well-deserved retirement.

Amateur By Name Only 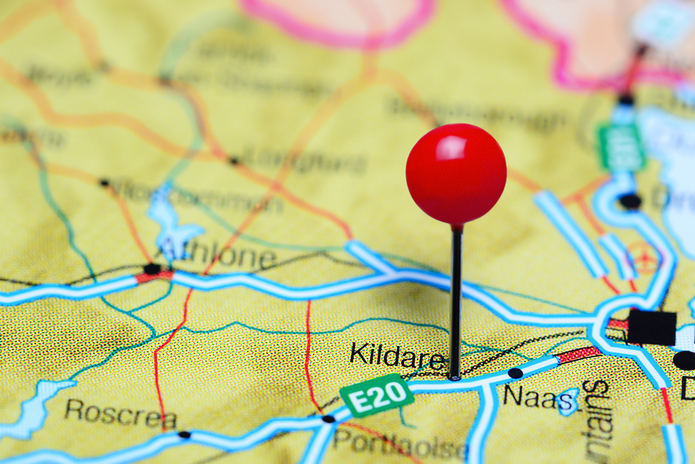 Some sporting stars seem destined for success in their chosen field.

As the son of former amateur champion jockey Ted Walsh, Ruby always looked likely to follow in such illustrious footsteps, and the Irishman carved out his own career on the amateur circuit.

Ruby won his first race as a jockey in 1995 – more than 2,700 would follow worldwide, and it wasn’t long before he was regularly in the winner’s circle.

Back-to-back Irish amateur titles were the culmination of his efforts in 1996/97 and ’98, and he didn’t have to wait long before the call came for him to turn professional.

Success in the pro ranks followed shortly after….

A Champion in Waiting

Less than two years after turning professional, Walsh enjoyed one of the finest days of his 24-year career.

He was given the ride on Papillon in the 2000 Grand National courtesy of his dad Ted, who turned his hand to training after his own riding career came to an end. The Irish horse was backed in from 33/1 to 10s on the day of the Aintree showpiece, and aided by a trademark Ruby dart for the line four from home, he was able to secure his first major winner at the tender age of 20.

Walsh also won the Irish Grand National that year aboard Commanche Court, and that stellar campaign ended with the then 20-year-old being named Irish National Hunt champion jockey; an accolade he would go on to win a staggering twelve times in his career.

Each of the Nationals provided Ruby with some of his most glorious moments in racing. In 2004/05, he triumphed in the English, Irish and Welsh Grand Nationals on Hedgehunter, Numbersixvalverde and Silver Birch respectively, and those victories followed success in the Scottish Grand National of 2002 with Take Control.

Upon Tony McCoy’s retirement, Walsh was the only active jockey to have won all four versions of the National, and his record of two wins, a runner-up and a third in the Grand National remains one of the best in history.

A Star is Born

Over the years Ruby enjoyed some fine partnerships with some of the best horses in modern National Hunt racing: Big Buck’s, Hurricane Fly, Faugheen, Douvan and more.

But it was his connection with Kauto Star, the unbelievable Paul Nicholls horse, that resonates the most with race fans.

The promise of this unique partnership was seen as early as 2006, when together they won the Betfair Chase at Haydock Park by a cavernous 17 lengths. That was followed shortly after by the first of two successive triumphs in the Tinkle Creek Chase plus a headline-grabbing victory in the King George VI Chase, a renewal they would go on to win an incredible five times.

Together, they also twice won the Gold Cup at the Cheltenham Festival to cement Kauto Star’s position as one of the most lucrative National Hunt horses of the modern era. All told, he trousered his connections more than £2 million in prize money, plus a £1 million bonus for winning the Stayers’ Chase Triple Crown in 2006/07.

Nicholls was full of praise for the man who guided so many of his big winners to glory.

“He’s been a fantastic jockey, a fantastic ambassador for the sport and he’s just a great man. He’s one of the best jockeys ever to ride for us and will always be a friend.”

The King of Cheltenham

One of the statistics that will surely live long in the annals of National Hunt racing is Ruby’s haul of 59 winners at the Cheltenham Festival.

Nobody has ridden more winners at the showpiece, and his profitable partnership with Mullins proved to be particularly lucrative at the Prestbury Park meeting.

Walsh was the champion jockey at Cheltenham on eleven occasions, including a nine-year streak between 2008 and 2016 in which he only failed once to win the accolade.

He twice made history by riding seven winners over the course of the Festival in 2009 and 2016, and in the end he won each of the feature races at least once.

And with 213 Grade One winners all told, Ruby’s position as one of the finest National Hunt jockeys of all time is safe and secure.

Previous Post: « IAAF Restricts Testosterone Levels in Female Athletes After Caster Semenya Loses Landmark Ruling
Next Post: After Liverpool Reach Another Champions League Final, Why Do So many English Teams Fail to Win the Trophy? »