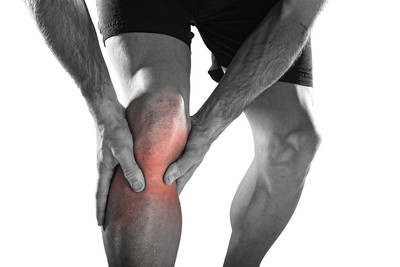 For most of us mere mortals, even a touch of cramp is enough to have us heading for an early bath while playing Sunday morning football or similar.

But a lot of professional athletes are made of sterner stuff than that; particularly tough northerners like Rugby League ace James Graham who hit the headlines this week.

The England prop broke his leg in the first half of an NRL clash between St George Illawarra Dragons and Cronulla Sharks….and carried on playing!

Hobbling around the field with a fractured fibula, the 33-year-old refused lengthy treatment and instead played a full part in his side’s efforts in the first period.

It was only at half time, when the club doctor realised the extent of the injury, that Graham reluctantly agreed to be substituted.

“I knew something was wrong,” Graham said in possibly the understatement of the year. “I was thinking just get to half-time let the doctors have a look and go from there really.

“I thought I’d be all right to carry on.”

His bravery, if we can call it that, drew plaudits from many in the game, including his old England teammate Sam Burgess, who tweeted:

“James Graham is one tough guy. Played on with a broken leg. Absolute warrior of the game. Someone I always cherish sharing the field with.”

Is it bravery….or absolute madness? Each to their own perhaps, and Graham isn’t the only sporting ace to play on through the (extreme) pain barrier.

Here are some more athletes who have redefined what it means to get a rub from the magic sponge:

A Pain in the Neck for Trautmann

The German goalkeeper Bert Trautmann was one tough cookie.

Captured by British soldiers during the Second World War, it was only a decade later when the shot stopper was able to fulfil his ambitions of playing top flight football.

He was playing in goal for a Manchester City side who reached the FA Cup final in 1956, where they took on Birmingham City.

Late in the game he collided with Peter Murphy, and was left visibly in agony in a heap on the floor.

But rather than being substituted off, Trautmann decided to play on and made string of fine saves to maintain his side’s 3-1 lead.

As he collected his winner’s medal after climbing the famous Wembley steps, Trautmann was photographed almost bent double, seemingly unable to look upwards.

He was inspected by the club physio, who told Trautmann he had suffered a broken neck!

“You should be dead,” were his famous words upon inspecting the German keeper.

It’s one of the most iconic images in football: Terry Butcher, makeshift bandage around his head and blood seeping down his face and staining his white England shirt.

The defender had clashed heads with a Swedish striker in an international back in 1989, and was immediately given seven or nine stitches….depending on who you listen to.

He carried on playing regardless, his white short now maroon. And as if to prove his love of the cause, Butcher continued to throw himself into aerial challenges despite his forehead being sliced open like a watermelon.

That was back when football was a ‘man’s game’, of course…. 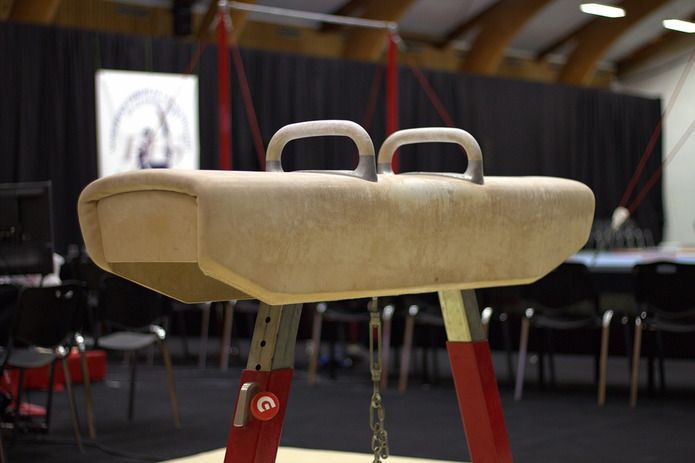 Shun Fujimoto: that’s one tough son of a gun.

The Japanese gymnast was one of the best on the planet, and he was expected to secure a medal at the 1976 Olympic Games in Montreal.

However, disaster struck as a bizarre pre-tournament injury resulted in Fujimoto suffering a broken kneecap, which sounds pretty painful by all accounts.

Unbowed, he carried on regardless, and went on to help Japan land the gold medal in the team gymnastics event.

Fujimoto took his place in the rings discipline despite his injury, performing a flawless routine to help his country to gold.

As if to add injury to injury, the Japanese ace dislocated the re-set kneecap upon jumping down from the apparatus. Ouch!

The Cruel Finger of Fate

This one is more of a visual injury, but be warned: if you seek out the image on Google, it is not for the faint hearted.

Ronnie Lott played in the NFL for the San Francisco 49’ers, an after a successful season in 1985 they found themselves in the play-offs against the New York Giants.

One play saw Lott tackle the Giants’ running back Timmy Newsome, and a she climbed to his feet the safety knew something was wrong.

The photos, well, they tell their own story, but the damage to Lott’s little finger on his left hand was so bad that he would subsequently have to have the tip amputated.

Never mind, Lott thought, we’ve got a game to win. He played out the rest of the contest with one of the most gruesome injuries witnessed on a sports field.

For much of his career, Vincent Kompany has revelled in being a tough centre back who gives no quarter.

His reputation as a warrior and a leader of men led to him being named captain of Manchester City for a number of years, and those instincts do not diminish when he is on international duty with Belgium.

In 2013, the Belgians were taking on Serbia when Kompany went forward for a corner. As the ball sailed into the penalty area he jumped and collided with Serbian goalkeeper Vladimir Stojkovic, coming off far worse.

While a migraine is enough to have most of us despatched for a lie down in a dark room, Kompany changed his shirt and came back on to the field, playing the rest of the match – of which 60 minutes was left, no less – with a rather sore face and head.

Mike Tyson was known as the ‘baddest man on the planet’; a fighter with a voracious appetite for hurting people in and outside of the ring.

Tyson has hit the headlines throughout his career for many an infamous moment but he makes this list for something slightly more unusual.

The boxer also had a romantic side, and one such liaison left him fighting a world heavyweight title contest against Trevor Berbick with a bout of gonorrhea.

Tyson won in style, but not without ‘burning like Good Humor in July’, to quote the man himself. Nice.

When you are given the nickname ‘Psycho’ by your teammates, it kind of goes without saying that you might not be the full ticket.

And former England left back Stuart Pearce proved as much as he braved a tackle with Watford’s Micah Hyde while turning out for West Ham.

It turned out later that Pearce had suffered a broken leg, but the hard man was not one to readily admit defeat and played on for the rest of the first half.

At half time, boss Harry Redknapp told the full back he had to come off, but Pearce had other ideas: he put his boot back on and was adamant that he wanted to play in the second period.

Incredibly, Pearce would later break the same leg against Southampton, and this time he refused to be stretchered off!

It’s any athlete’s dream to compete in the Olympic Games, and so you can only feel huge sympathy when that dream is ripped away from them.

But that’s what happened to Derrick Redmond, quite literally, in the 1992 Olympics in Barcelona when he tore his hamstring early on in his 400m semi-final.

Showing incredible courage and determination, Redmond crawled to his feet and attempted to finish the race – at one point his dad stepped onto the track and helped him over the finishing line.

It was a truly heart-warming moment, and the kind so rare in sport these days.

Previous Post: « The Best Cricket World Cup Matches of All Time Ahead of ICC World Cup 2019
Next Post: How Does Erling Braut Haaland’s 9 Goals Compare with the Most Scored in a Professional Football Game? »