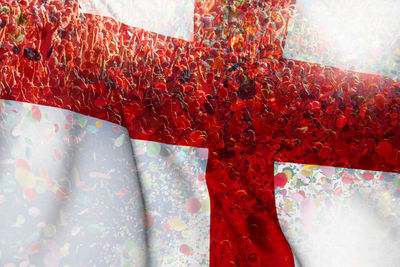 3,330: that’s how many regulation minutes of football that both Manchester City and Liverpool had played heading into the final round of fixtures in the Premier League 2018/19 campaign.

And after more than 3,000 minutes, barely anything separated them. Just one point, to be precise, in City’s favour, although they had an away game on the final day of the season at Brighton; Liverpool, meanwhile, entertained Wolves at Anfield.

For the supporters of both clubs involved, this must have been one of the most nerve-shredding days of their lives. And when Glenn Murray gave Brighton an unlikely lead against City – ten minutes after Sadio Mane had opened the scoring for Liverpool against Wolves – the Reds fans must have been thinking that it was fate that they would secure their first title of the Premier League era.

Those dreams were shattered in barely 60 seconds when Sergio Aguero equalised for City, and when Aymeric Laporte found the Seagulls’ net ten minutes later there were tears on the terraces at Anfield. Most knew the game was up.

The Reds held up their end of the bargain with a 2-0 victory, but further goals from Riyad Mahrez and Ilkay Gundogan meant that City ran out 4-1 winners on the south coast and were thus crowned champions by a solitary point.

For Liverpool fans, and this won’t come as any crumb of comfort whatsoever, their points tally of 97 would have been enough to win the Premier League title every season apart this and the last campaign, where Man City rattled up a 100 point margin.

For neutral observers, this felt like the most visceral, the most pulsating and the most exciting title race in top flight history, and yet the Premier League has a history of serving up entertaining last day of the season deciders.

On four previous occasions, the Premier League title race has gone down to the last day of the campaign, and here’s a reminder of how the drama unfolded.

It’s a cry of exaltation from Martin Tyler on commentary duty with Sky Sports that will forever be cemented into the legacy of this competition.

You might just recall the circumstances: Manchester City led the title race on goal difference heading into the final game of the campaign, where they would host QPR.

But Manchester United had not given up the ghost, ad they were determined to beat Sunderland in order to keep the pressure on their city rivals.

They did exactly that, triumphing 1-0, and so City had to at least match their result to lift the trophy.

And things were not going well at the Etihad. They had take a first-half lead via the unlikeliest of sources in Pablo Zabaleta, but QPR – despite being reduced to ten men when Joey Barton lost the plot – hit back with goals from Djibril Cisse and Jamie Mackie.

That was how things stayed as the clock passed over the 90 minute mark, and City fans were beginning to head for the exits having handed the title on a platter to their bitter rivals.

But then Eden Dzeko popped up with a 92nd minute equaliser….they couldn’t, could they?

They could you know! Step forward Sergio Aguero, whose 96th minute winner caused absolute pandemonium in the stands. Cue Martin Tyler in his inimitable style to mark the most incredible conclusion to a title race in English football history….

For readers of a youthful vintage this might sound crazy, but once upon a time Blackburn Rovers were one of the best sides in the land when bankrolled by owner Jack Walker’s millions.

And the Lancashire outfit made full use of those resources when claiming their only ever Premier League title in 1995, despite the nerviest of last day shootouts.

They were being chased hard by Manchester United, who boasted a better goal difference going into the final round of matches.

Blackburn were feeling the weight of expectation, and they would end up losing 1-2 at Anfield to set up the most nerve-racking of waits for the United Score to come in.

Unexpectedly, Sir Alex Ferguson’s men were held to a 1-1 at West Ham, and so rather by luck it was Blackburn who would just about do enough to get their hands on the Premier League trophy for the first time.

ON THIS DAY: In 1995, Blackburn Rovers won the Premier League title on the final day of the season. What a picture! pic.twitter.com/U4jYz2uHOR

This was United’s legendary treble-winning season, but most forget how close their title run-in actually was.

Ferguson’s men only had a one-point advantage over Arsenal heading into the final set of fixtures, and so they couldn’t afford any slip ups with the Gunners hot on their heels.

And that’s exactly what appeared to be on the cards when Les Ferdinand put Tottenham 1-0 up at Old Trafford.

But that United side was renowned for their grit and character, and goals from David Beckham and Andy Cole either side of half time put them on an even keel.

Arsenal took the lead after 66 minutes of their clash with Aston Villa, and so nerves were frayed up the M1 as Tottenham attacked the champions-elect with gusto.

In the end, Spurs couldn’t do their North London neighbours a favour, and United clung on to retain their one point cushion and bag the third leg of their famous treble.

Okay, so this one wasn’t quite as dramatic as it sounds.

Chelsea led Manchester United by a single point heading into the final day, meaning that the Red Devils had to hope the Blues lost to Wigan and they themselves did the business at home against Stoke.

It was improbable, but certainly not impossible….until Chelsea romped into a 2-0 lead after just half an hour. Pressure, what pressure?

WATCH #OnThisDay in 2010, @chelseafc reclaimed the #BPL title in style with an emphatic 8-0 win over Wigan…https://t.co/Uldfl7SPwa

In the end, Chelsea won 8-0, which is about as comprehensive as a final day performance can get!

Those were all barnstorming conclusions to the English top flight season, but they all pale in comparison to the battle that Liverpool and Arsenal fought out to conclude the 1988/89 campaign.

That’s because both teams could technically win the title, but to do so Arsenal would have to beat the Reds by a two-goal margin to swing things their way.

Arsenal were leading the game heading into the latter stages, although Liverpool produced the consummate professional performance to sniff out the Gunners’ forward advances.

Or so they thought. A hopeful punt forward found Michael Thomas in the clear, and with just 25 seconds to go he broke Liverpool fans’ hearts by slotting home to cap the most remarkable final day of the season in history.

The league winning moment was the climax to 1997 film Fever Pitch starring Colin Firth based on the novel of the same name by Nick Hornby.

Previous Post: « Vincent Kompany: The Belgian’s Manchester City Highlights and How the Citizens Will Try to Replace Their Captain
Next Post: Premier League Club’s Financial State of Play 2017/18: How is Your Team Performing Off the Pitch? »