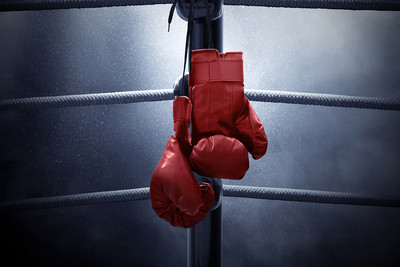 “Everybody that bet on me gonna make some serious money.”

It was an accurate enough assessment of the situation from Andy Ruiz Jr, the likeable roly-poly puncher who shocked the world of boxing to its very core in stopping Anthony Joshua in seven rounds of their Madison Square Garden encounter.

The underdog was a 12/1 with most bookies, and only the most optimistic of punters took the plunge on Ruiz, whose slightly overweight frame was made to look even more weighty next to the Adonis-like figure of Joshua.

The referee gave the Brit every opportunity to work his way back into the fight, but in the end he was just fragile to continue following Ruiz’s wild-handed exploits.

The sharps will tell you that this underdog story was always in the stars: AJ had showed against Wladimir Klitschko that he is a bit ‘chinny’, while Ruiz – largely unheralded outside of boxing purists – showed he was no mug in testing Joseph Parker in the most high-profile fight of his career prior to Saturday’s clash.

Even so, Ruiz’s odds tell you what the bookmakers, the sharpest of minds, thought of his chances, while Carl Frampton in analysing the fight for the BBC said ‘…this is the biggest shock I have ever seen in my whole days in boxing.’

Of course, boxing is a sport rife with opportunities for shock results – particularly the heavyweight division, which has played host to some of the biggest upsets that the game has ever witnessed.

Is Ruiz’s victory the greatest in boxing history? That’s open to debate, but the fact he wasn’t even meant to be in the fight – he was a late sub for the suspended Jarrell Miller – means he certainly deserves all the accolades he is getting.

Here’s a look at some of boxing’s other great Hollywood moments:

One Punch Changes Course of History for Rahman

There is that sentiment in boxing that a single punch can change the course of history – the most violent of butterfly effects – and while it would be harsh to say Ruiz’s win came virtue of one devastating blow, the heavy right hook that connected with Joshua’s temple to create the first standing count was one that AJ never recovered from.

For Hasim Rahman, it really was one punch that defined his career.

The Rock, as he was known, was respected for his in-ring skills but never considered a top prospect, and it was only really a win over Corrie Sanders which earned him a shot at the WBC and IBO heavyweight champion, Lennox Lewis.

The surprising decision was to hold the fight in Carnival City in South Africa, a venue at high altitude which may just have contribute to the almighty upset that was to follow.

Rahman caught Lennox flush with a big right hand in the fifth round, and the champion – who hadn’t lost in seven years – could not beat the referee’s count.

For Rahman, it was one shot that would change his life forever, however any hopes of a lengthy reign as champion of the world were quickly dispelled – Lewis gained his revenge in stunning fashion seven months later.

Perhaps that will offer Joshua motivation that a surprise defeat does not have to be the end of the world.

For a good few years, Mike Tyson was the self-styled ‘baddest man on the planet’ and lived up to the billing, too.

He won each of his first 37 contests, 33 by often-vicious knockout, and so in the end finding people willing to fight Iron Mike was a battle in itself.

Step forward James ‘Buster’ Douglas, who went into the fight with a solid but unspectacular 29-1-4 record.

Again, the strange decision was made to host the fight in Tokyo, where Tyson was allegedly said to have enjoyed the ‘local hospitality’ in the build-up to a bout he was expected to win easily.

But Douglas, fresh from a big win over Oliver McCall and with the added emotion of mourning the loss of his mother a few weeks earlier, had other ideas.

He was on the defensive in the early going, and took an almighty uppercut from Tyson that left him spread-eagled on the canvas.

But that seemed to make Douglas stronger, and he rallied to dominate the latter stages of the contest. He landed an uppercut of his own, and with Tyson staggering sent in a four punch flurry that would end the fight and create a slice of the most incredible and unforeseeable boxing history.

Wladimir: The Master of the Shock Defeat

Losing once to a completely unfancied opponent can be forgiven, but to do so on four separate occasions is something else altogether.

Wladimir Klitschko was just a young man when he lost to Ross Puritty in 1998, but he was unbeaten at 24-0 and took the fight, which was supposed to be a victory lap after earning the WBC international heavyweight strap, in his native Kiev.

That arguably set the scene for Dr Steelhammer’s unusual propensity for losing to fighters he really shouldn’t be losing to.

The next upset came in March 2003, when as the WBO champion Klitschko had confirmed himself as the ultimate technician of the sweet science.

Corrie Sanders, his next opponent, had only fought twice in the prior two years, and his unspectacular CV suggested another easy win for the champ on his adopted German soil.

ON THIS DAY! ? “One of the biggest turns ups you’ll see in a boxing ring in a long long time.”

But Sanders would blast Klitschko out inside two rounds, knocking the Ukrainian down four times, to secure one of the most surprising wins in boxing history.

That is, until Lamon Brewster repeated the feat just a year later.

Klitschko enjoyed a couple of morale-boosting victories after losing to Sanders, and so would have felt confident heading into the bout for the vacant WBO strap.

He got off to a good start and dropped Brewster in the fourth round, and while his opponent took an eight count most thought the writing was on the wall.

But Brewster found another gear, started upping the ante with his punches and got his reward, backing Klitschko up against the ropes and delivering a concussive series of blows. The favourite made the count, but his wobbling legs betrayed him and the fight was waved off shortly after.

Klitschko would then go 11 years unbeaten, next losing to Tyson Fury in 2015.pic.twitter.com/r3YIu6Xi1E

Something had to give, and Klitschko employed the services of legendary trainer Emanuel Steward, who was highly-regarded for his ability to help boxers improve their tactical approach.

And it certainly worked for the Ukrainian, who became a jabbing machine for the next eleven years and won 24 straight fights to hold various versions of the heavyweight crown.

That was, until he ran into Tyson Fury in Dusseldorf back in November 2015.

The Gypsy King is a fantastic fighter, but at that point in his career he hadn’t really achieved anything in the sport and on ‘away’ soil, was fancied as nothing more than a 10/1 outsider.

But he schooled the champion, winning pretty much every round on the pundits’ cards and in the eyes of the judges winning by unanimous decision.

For Klitschko, it was the beginning of the end for a career dogged by shock defeats.

Previous Post: « How Does Erling Braut Haaland’s 9 Goals Compare with the Most Scored in a Professional Football Game?
Next Post: FIFA Women’s World Cup France 2019: Everything You Need to Know »