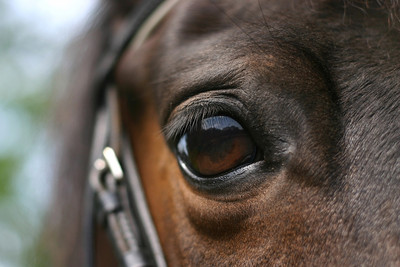 He may have been retired for the best part of two decades, but Galileo is still very much an eminent force in flat racing.

Aidan O’Brien’s thoroughbred only ran eight times in his career, but still found the time to win the Derby, the Irish Derby and the King George VI and Queen Elizabeth Stakes in a stellar one-year career.

After a shot at the Breeders’ Cup Classic, the Ballymore team decided that enough was enough and Galileo was retired; but his legacy very much lives on in racing in the UK and Ireland.

He was the sire, grandsire or great-grandsire of an incredible 12 of 13 runners in this year’s Derby, with the winner – Anthony van Dyck – the latest champion of his outstanding progeny.

Indeed, Anthony van Dyck was the 77th Group One winner he has in his immediate bloodline, and he has now sired four Derby champions in total, including New Approach, Ruler of the World and Australia.

A phenomenal horse in his own right, Galileo is showing the benefit of finding a successful sire and letting him do his thing! 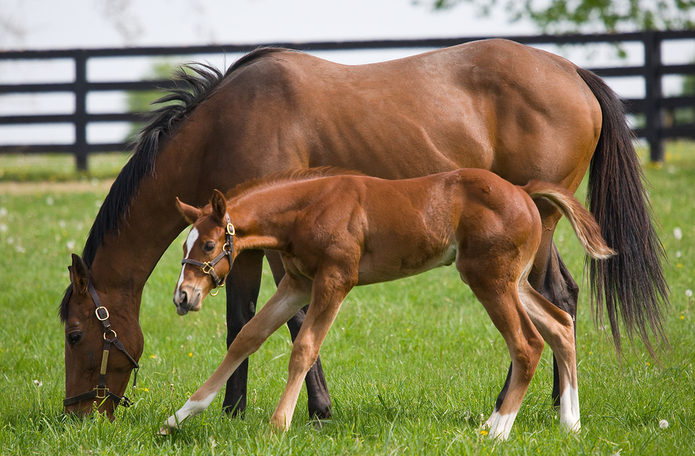 Freddie Mercury extolled the virtues of Galileo in Queen’s opus Bohemian Rhapsody, and while he may have been referring to the Italian astronomer and physicist old Fred might as well have been bigging up the exploits of the Coolmore stud stallion.

The starting line at this year’s Epsom Derby was extraordinary, with a dozen of the thirteen runners having Galileo’s DNA. They were attempting to win a race that their sire, grandsire or even great grandsire had triumphed in back in 2001, and between them they served up a stellar spectacle.

In the end, barely a length separated Anthony van Dyck and Sir Dragonet in fifth, with Galileo progeny making up the first four places in Madhmoon, Japan and Broom.

Sir Dragonet, the bookmakers’ favourite, is a second generation progeny of Galileo, who also sired Circus Maximus in sixth.

Further direct progeny, Norway and Line of Duty, were eighth and ninth, as was Sovereign in tenth, and he was the grand-sire of Hiroshima in eleventh – the offspring of Nathaniel, the King George and Eclipse winner sired by Galileo.

Last but by no means, he was the grand-sire of the two horses that brought up the rear: Bangkok and Telecaster. What a busy boy Galileo has been!

Records Continue to be Shattered by Coolmore Great

As well as all the glory he has enjoyed in the Derby, Galileo has also been responsible, genetically speaking, for a number of near misses at Epsom too.

He has sired four runners-up in At First Sight, Cliffs of Moher, Treasure Beach and US Army Ranger, as well as a quartet in horses finishing third in Astrology, Galileo Rock, Idaho and Saturday’s podium pincher Japan.

When next year’s Derby rolls around, it would be a smart idea to back any of Galileo’s direct and indirect progeny as they appear.

That’s a phenomenal record in the Epsom showpiece, and there’s plenty more landmarks to his name too.

Galileo has sired winners of all five of the British Classics, and in 2016 he was responsible for an incredible 1-2-3 in the Prix de l’Arc de Triomphe with Found leading home Highland Reel and Order of St George.

He has sired more winners in European group races than any other horse – overtaking the record of his own sire, Sadler’s Wells – and has 192 group winners to his name on UK and Irish soil.

Unsurprisingly then, Galileo has been crowned leading sire every year since 2010, and he is said to be the most expensive stud stallion in the world. Although fees are privately negotiated, it is believed that Coolmore can change as much as £400,000 for their prize stud to weave his magic.

And it looks as if he has passed on his impeccable genes to some of his offspring. Frankel and Nathaniel are also highly prized stallions, while New Approach sired the 2018 Epsom Derby winner, Masar.

Five of the Best

There are dozens of horses that could feature on a list of Galileo’s most successful offspring, but we’ve managed to narrow the selection down to the five best!

The best of the bunch, Frankel was the highest rated horse on the planet according to Timeform and finished his 14-race career unbeaten.

There were many highlights, although his sublime run in the 2000 Guineas is arguably the standout. Further triumphs in the Sussex Stakes, St James’ Palace Stakes and the Queen Elizabeth Stakes confirmed his dominance of the UK flat racing scene, and in the end he finished up with eleven Group One wins on his CV.

A few different organisations rate Frankel as the greatest ever, and it is hard to disagree with those assertions.

A brilliant two-year-old, Churchill was even better when he turned three!

As a youngster he won five of his six starts, including the National Stakes and the Dewhurst, before a silverware-laden second season followed.

Churchill bagged the classic and Irish 2000 Guineas double – the latter by nearly three lengths a year later, and his legacy in UK and Irish flat racing was assured.

Galileo has also been responsible for some fantastic fillies too, and Minding is right up there with the pick of the bunch.

She won the Moyglare and the Fillies’ Mile as a two-year-old, and a year later became the first filly in over a decade to win the 1000 Guineas-Oaks double.

A winner of the Nassau Stakes and Queen Elizabeth II Stakes, Minding was considered the world’s best three-year-old filly and for good reason too.

For a while, it appeared as if Found would forever be the bridesmaid, not the bride, having finished second in the Irish 1000 Guineas, the Irish Champion Stakes and the Coronation Stakes.

But that run was shattered when she won the Breeders’ Cup Turf – becoming the first three-year-old filly to do so – at Keeneland in 2015, and after turning four she really went up through the gears.

She gave Aidan O’Brien his first Prix de l’Arc de Triomphe win in almost a decade, earning her the accolade of the best horse in Ireland in 2016.

Nathaniel was a three-time major winner, triumphing in the King George VI and Queen Elizabeth Stakes, as well as the Kind Edward VII and the Eclipse.

And like his old man, the bay has gone on to enjoy success as a sire too: his offspring, Enable, is a two-time Arc champion!

Previous Post: « FIFA Women’s World Cup France 2019: Everything You Need to Know
Next Post: The Not So Crazy World of Competitive Miniature Golf »