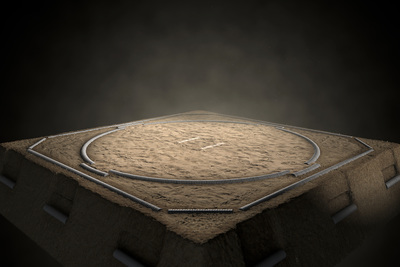 Have you heard the one about the nine stone sumo wrestler?

But that was how much Monkhbatyn Davaajargal weighed when he arrived in Tokyo to begin training as a sumo wrestler.

As you can imagine, most of the stablemasters in the Japanese city took one long look at this scrawny kid from Mongolia and laughed him out of the building.

But like a scene from a coming-of-age underdog movie from Hollywood, one stablemaster saw something different about the then 15-year-old.

The Miyagino clan, one of the most famous in the sport, decided to take pity on the young Davaajargal – largely because his father had been an Olympic medallist in traditional wrestling.

Fast forward 19 years and Davaajargal, now known by his ‘shikona’ sumo name Hakuho Sho, is one of the most decorated wrestlers in history, winning the recent Spring Grand Sumo Tournament without losing a single bout.

So how did the skinny kid from Mongolia go on to become arguably the greatest sumo wrestler of all time? 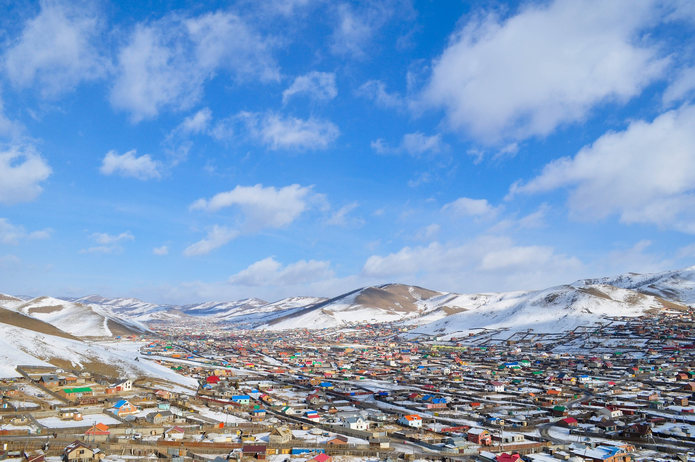 Imagine the scene: as a young man, your father regales you with stories about his sporting past.

‘Oh, I was the first Olympic medallist in Mongolian history’, he slips into conversation, having won the silver in freestyle wrestling at the 1968 Games in Mexico City.

Those are big old boots to fill, but Davaajargal’s father did not want him to follow in his footsteps, directing his son to other sports such as basketball instead.

There was an obvious pull there, however, with Davaajargal devouring sumo magazines and watching tapes on telly. He told his father that he wanted to be as big as a sumo one day.

And so he made something of a surprise decision: at the age of 15, and no bigger than the standard Asian teen, he decided to travel to Tokyo to meet Davaagiin Batbaya, who like his dad was a Mongolian wrestling legend who now oversaw a stable of prospective sumo wrestlers.

The problem was that he weighed just 92kg (he’s a svelte 158kg these days, or 348lb), and so nobody in sumo was willing to take him seriously.

So Batbaya wrote to the Miyagino, telling them Monkhbatyn’s father was a former Olympian and pleading with them to take a chance on his young protégé.

To his surprise, they agreed. And how’s this for fate: the greatest sumo star in history was scheduled to return home to Mongolia the very next day. The sport may never have witnessed the birth of a legend if the Miyagino hadn’t taken a chance on him.

Davaajargal got down to some serious training, and a year after arriving in Japan he had his debut contest.

Given the shikona Hakuho Sho, he had his first sumo fight at the age of 16 at the Osaka Honbasho, and a couple of months later he was regularly winning bouts throughout Japan.

At this point Sho was still considered a trainee, and his major function at the stable was to make tea for the other wrestlers and clean the dorm rooms.

But nobody ever said that determination and resolve don’t get you anywhere, and within three years he had climbed the ladder to the rank of Makuuchi, which is sumo’s top division where only the elite are granted access.

And that was the start of his journey to the top of the sport. It was here that he faced the ultimate test in Asashoryu, a fellow Mongolian who had risen to the ranks of Yokozuna – the highest accolade in sumo.

Sho proved his mettle, however, defeating Asashoryu on that day and numerous times thereafter. Three years later, he became a Yokozuna in his own right; the second Mongolian and only the fourth non-Japanese fighter to earn the honour.

Since then, the records have tumbled. In January 2015, he broke a long-standing record by winning his 33rd top division championship event – more than anybody else in sumo.

That record still stands to this day, as does his status as the longest-standing yokozuna in the sport. Most undefeated championships, most consecutive wins, most top division wins….basically, Hakuho Sho is an absolute beast and a complete legend, and his place in the echelons of sumo wrestling is assured.

But Sumo is a Load of Big Chaps in Nappies, Right? 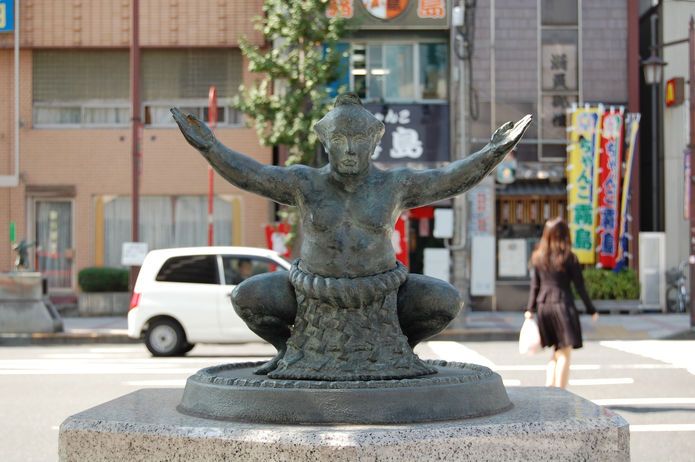 If you were to make that assertion to a wrestler’s face, the chances are that you would end up in a bad way (if the Japanese weren’t such a friendly and good-natured nation of people, that is).

Sumo is a highly nuanced sport, and while at its heart is raw power there is an almost balletic agility to the way that the wrestlers move as they are driven backwards and sideways by their opponents with the force of a double decker bus.

As you may know, there are two ways to win a sumo bout: force your opponent out of the dohyo, which is the circle in which they battle, or make them touch the floor with any body part other than the soles of their feet via pushing, grappling or some wrestling throws.

The sport dates back to the sixteenth century, where wrestlers and samurai seeking additional income would take part in paid contests in front of an audience.

It has grown ever since, and today it remains as one of the most popular sports in Japan, with thousands turning out to see events hosted by the Japan Sumo Association.

Sumo is a deeply hierarchical sport, which means that the wrestlers are categorized according to their skill level in various divisions. Winning frequently sees a wrestler ascend the ranks, with the opposite occurring after a string of losses. There are six official tournaments held each year, plus exhibitions and training bouts.

The Makuuchi is the top division, and it’s where the premium wrestlers can be found. At the top of the tree is the Yokozuna, such as Sho, although there can be more than one Yokozuna in operation at any time. The accolade is handed out to the select few who win consecutive tournaments.

And those ‘nappies’? Well, they’re actually called Mawashi, and they are designed in that way to enable the wrestlers to achieve maximum leverage with their lifts and throws without damaging the genitals of their opponent.

Having those crushed by a 350lb Yokozuna is nobody’s idea of fun….even if sumo remains a fantastically entertaining sport.

Previous Post: « Danny Baker Joins the List of Sports Broadcasters Sacked for Toe-Curling Public Gaffes
Next Post: USA Spy on England at the 2019 Women’s World Cup: Is ‘Spygate’ in Sport a Growing Problem? »