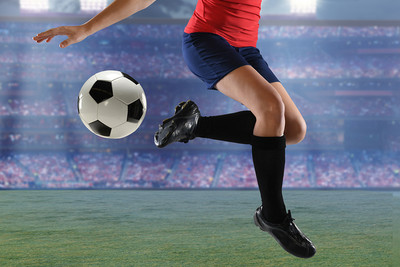 In an age of social media outrage, it’s impossible to have an opinion without being shouted at, pilloried and fed to the lions.

Nevertheless, we thought we’d have a go at naming our ultimate Best XI in women’s football.

Some big names have missed out, but this eleven would surely be a handful for anybody:

Germany has a habit of producing stellar goalkeepers, and Almuth Schult is another welcome addition to the list.

She has been a stalwart for a Wolfsburg side that has dominated German football, and also had chances of claiming Champions League silverware too.

An Olympic gold medallist and Algarve Cup winner, Schult is surely the most reliable shot-stopper on the planet.

Without doubt the best right back in the world game, England have an absolute gem in Lucy Bronze.

Her move to Lyon has added another dimension to her game – let alone Champions League and Division 1 Feminine winners’ medals to her collection, and the 27-year-old also boasts the versatility of being able to play almost anywhere on the pitch.

Bronze has a happy knack of finding the net too: her spectacular volley won the Champions League semi-final for Lyon against her former employer Manchester City.

With six Champions League and 13 Division 1 Feminine titles to her name, it’s no coincidence that success seems to have followed Wendie Renard.

She’s a two-time member of the FIFA FIFPro World XI too, and this cultured centre back – who isn’t afraid to put her foot in – is one of the opponents that the women’s elite fear playing the most.

The only thing missing from the 28-year-old’s CV is a World Cup winners medal; could she rectify that on home soil this summer?

Something of an elder stateswoman in the game, Nilla Fischer proves that you don’t need to be rapid to be an effective central defender.

At 34, she has bags of experience and nous, and she brings that to the table when captaining former Champions League finalists Wolfsburg and the ever-dangerous Sweden.

Her collection of silverware is testament to the vital role she has played at the heart of her teams’ defence for well over a decade.

The modern day full back needs to be dynamic in attack as well as resolute in defence.

And Amel Majri is certainly somebody who is comfortable in both facets of the game having been transformed from a box-to-box midfielder.

The French star weighs in with more than her fair share of goals and assists for club and country, and incredibly in 198 domestic games for Lyon the French side have shipped just 53 goals with the left back in the starting eleven.

There are some players in world football who command the respect of their peers, and Amandine Henry certainly ticks that box.

The French star is like a Gallic Paul Scholes: she might not score stacks of goals, but she is highly rated for her passing abilities and vision in midfield.

Others may take the plaudits, but in years to come it’s Henry who coaches will be telling their midfielders to try and emulate.

The Dutch maestro won the FIFA Women’s Player of the Year Award in 2017, not long after she had helped the Netherlands to glory in the European Championships.

That earned Lieke Martens a move to Barcelona, where she has again shone, while helping Holland to victory in the Algarve Cup.

Fourteen goals and nine assists in last season’s Champions League really let the cat out of the bag: Martens is one of the very best players on the planet.

Hungarian by birth, Dzsenifer Marozsan has since switched allegiances to Germany and confirmed her status as one of the best midfielders in the world.

Teammate Ada Hegerberg might have got the headlines for her hat-trick in the Champions League final, but the Norwegian owes a massive debt of gratitude to Marozsan, who was a menace in midfield for Lyon.

It was the 27-year-old’s crowning glory in a career that has saw her win an Olympic gold medal and finish second in the FIFA Women’s Player of the Year vote.

Even after a career spanning more than a decade, Alex Morgan is still breaking records.

She scored five times in the USA’s 13-0 romp over Thailand in the World Cup, taking her international goal tally to a whopping 106.

Morgan is a World Cup champion and an Olympic gold medallist, as well as an NWSL and Champions League winner.

Still just 29, Morgan’s game is evolving – as it does often for attacking players – into something even more impressive, with a turn of pace still evident to go with a growing maturity. A force of nature.

The Australian is one of the most prolific goalscorers in world football, and at the time of writing nobody has scored more goals in the NWSL and the Aussie W-League.

The 25-year-old has won a stack of awards too for her net-busting prowess, and she’s a three-time PFA Footballer of the Year winner.

Kerr currently turns out for the Chicago Red Stars, with whom she won the NWSL Golden Boot during the 2018 campaign, and leads the line for her country in the international game, scoring on both the World Cup and the Olympic Games.

It’s only a personal decision not to play for the Norwegian national team, based on how the football federation in the country treats the women’s game, that prevents Ada Hegerberg from showing her skills to a global audience.

No matter: the 23-year-old achieved the ultimate footballing accolade by becoming the first ever recipient of the Ballon d’Or Feminin in 2018 in recognition of her talents.

Arguably the best work of her career has come at Olympique Lyonnais, for whom she has scored a staggering 130 goals in 105 appearances. The pick of the bunch was her 15-minute hat-trick in the 2019 Champions League final, which helped guide the French team to an outstanding treble. 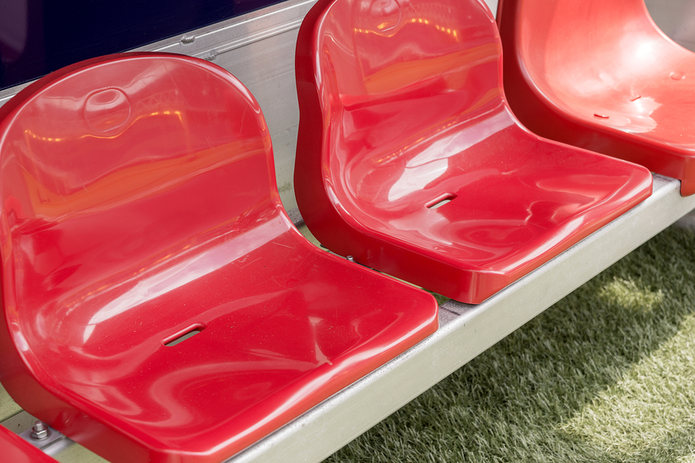 One of the most technically gifted women’s footballers on the planet is Pernille Harder, who was robbed of her chance to strut her stuff on the global stage when Denmark failed to qualify for the World Cup. She was overshadowed in the Champions League final too when her Wolfsburg side were overwhelmed by Lyon, but most in the game fancy Harder to be one of the very best in the business.

All good teams need a goalscorer on the bench, and few are more prolific than Eugenie Le Sommer, who is approaching 250 goals for club side Lyon. She’s netted more than 75 for France too, and spearheaded their quest to life the World Cup in the summer.

You could quite happily substitute Megan Rapinoe into this starting eleven. The pocket dynamo is an all action presence in midfield or on the wing, and she has been an integral part of Team America’s success in international football – despite missing much of 2016 with a career-threatening injury.

Our back-up defender would be Becky Sauerbrunn, the 34-year-old who is something of an ever-present in the NWSL’s Best XI each season. Even at her advancing age, Sauerbrunn remains an integral part of Team America.

Born in England, Jill Ellis moved to the United States back in the 1980s, where she became involved in training the next generation of American stars as part of their youth development programme.

You only need to look at the success they have had to know that Ellis has a major footprint in the glory that the US have had on the major stage.

And she has been responsible first-hand for that since being named the senior team’s coach in 2014. A World Cup and Algarve Cup win have followed, and her status as the greatest head coach in the women’s game is secure.

Previous Post: « The Not So Crazy World of Competitive Miniature Golf
Next Post: Is John McCririck Still Alive? What is Racing’s Eccentric Entertainer Doing Now? »