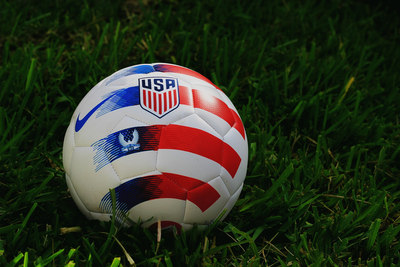 As predicted by many before a ball had been kicked, USA were the winners of the Women’s World Cup on Sunday.

A penalty from Megan Rapinoe – which earned her the Golden Boot to go with the Golden Ball trophy as the best player in the tournament, and a second from Rose Lavelle were enough to see the US home 2-0 against a spirited Netherlands side in the final.

It was their fourth World Cup title in eight attempts, which is an outstanding conversion rate, and is confirmation that the women’s game is light years ahead of the men’s – the US national side lost 0-1 to Mexico in the final of the CONCACAF Gold Cup just hours after the women’s success.

So which of Team America is progressing the best in the beautiful game: the men or the women?

Which Team Has the Better World Cup Record?

As anyone who follows ‘the soccer’ probably already knows, the women have the men on toast as far as World Cup achievements are concerned.

Here’s how the two sexes match up in the quest to be crowned world champions:

As you can see, the women’s team has never failed to reach at least the semi-finals in eight World Cup outings; the men haven’t made the latter stages since 1930, when they lost in the last four.

The inaugural Women’s World Cup was held in China back in 1991, and the US blitzed the field to be the first team to get their name on the trophy.

Winning all of their group games, they then beat Chinese Taipei 7-0, Germany 5-2 and Norway 2-1 as they romped to the title.

They were back in the winner’s circle in 1999 too in a tournament they hosted. The might Germany were downed in the quarter finals and Brazil in the last four, before the US needed penalties to see off China in front of 90,000 at the Pasadena Rose Bowl.

The nadir for women’s football in the US came in 2003. Once again tournament hosts, they were expected to cruise to another title. But whether complacency crept in or not only the players can say as they suffered a painful premature exit.

It was Germany, led by the unstoppable Birgit Prinz, who did the damage with a 3-0 win in the semi-finals, before going on to beat Sweden in the final.

Perhaps that acted as a catalyst for a refocus in the women’s game, because since then they have lost agonisingly in the semis and final in the following editions, before going all the way to glory in both 2015 and ’19.

If you’re looking for the glory years for the US men’s soccer team you have to go back a good eight decades or so to 1930.

In Uruguay, they topped a three-team group that included Belgium and Paraguay, before losing 1-6 to Argentina in the semi-finals.

And that’s as good as it has got for the Stars and Stripes, whose only comparable effort since came in 2002. They made it to the knockout phase in South Korea/Japan, defeating their old enemy Mexico in the last 16 before going down to Germany.

You may recall World Cup ’94, one of the most enjoyable editions of the tournament in the modern era made possible in part thanks to the bombastic ‘Super Bowl’ style presentation.

And an American team containing the likes of John Harkes and Alexi Lalas made hay under the sunshine, reaching the last 16 where they went down to eventual champions Brazil.

Otherwise, it has been a fallow time for men’s soccer. They have failed to exit the group in their other World Cup appearances, and didn’t even qualify for the tournament in Russia last summer.

World Cup Popularity in the USA

Generally speaking, the men’s World Cup is more popular than the women’s both in terms of TV audiences and attendance figures at the games. But you sense that may just be as much to do with opportunity as it is desire.

Women’s soccer has made mistakes on its journey to where it is today. For example, 90,000 people crammed into the Rose Bowl in Pasadena for the final between the US and China.

So who had the wisdom to host the 2003 edition in smaller stadiums, where fewer people could experience the magical atmosphere of the World Cup? That years semi-final between the USA and Germany was watched by just 27,000 people in Portland.

Naturally, the demand for tickets to watch a men’s World Cup match is off the charts. If Morocco were playing Iran in a friendly in your back yard you might be tempted to shut the curtains, but add into the mix the World Cup moniker and all of a sudden 62,000 people are willing to pay for the privilege, as they did in Russia last year.

And we probably shouldn’t even mention the Women’s World Cup of 1995, where just 250 people watched Nigeria’s 3-3 draw with Canada in Helsingborg’s Olympia Stadion.

Of course, the sport has come a long way since. For context, nearly 12 million people watched the England vs USA semi-final in the UK on the BBC earlier this summer. That was the highest recorded figure for any type of programme, and makes up more than 50% of the available audience. All in all, 28 million people watched the live coverage on TV and/or the online streams from the broadcaster.

And FIFA has revealed that the global TV audience for the Women’s World Cup 2019 surpassed one billion, and eight million Americans tuned in USA vs France in the quarter-finals despite the match being played during the middle of a working day in the US time zone .

That’s a really healthy figure when you note that USA’s clash with Ghana at the men’s World Cup in 2014 only had an audience of 15.9 million in the country, despite the match being played in an American time zone.

How Does Soccer Compare to Other US Sports? 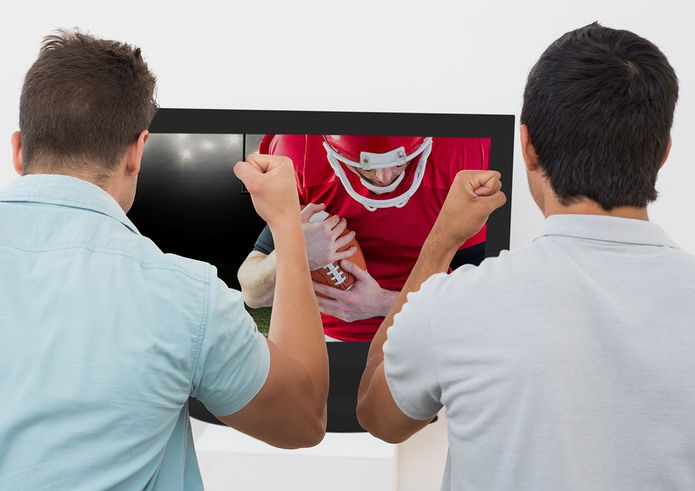 Of course, soccer in the US still has a long way to go to catch up the frontline sports in the country.

A staggering 98.2 million people tuned in for the Super Bowl final between the New England Patriots and the Los Angeles Rams earlier in the year.

More than 14 million people, on average, watched the MLB World Series games in 2018, while 18 million saw the Toronto Raptors claim the NBA Championship against the Golden State Warriors earlier in the summer.

An average of five million tuned in for the Stanley Cup finals in 2019, so ice hockey is one sport that is losing popularity as soccer, particularly the women’s game, makes gains. 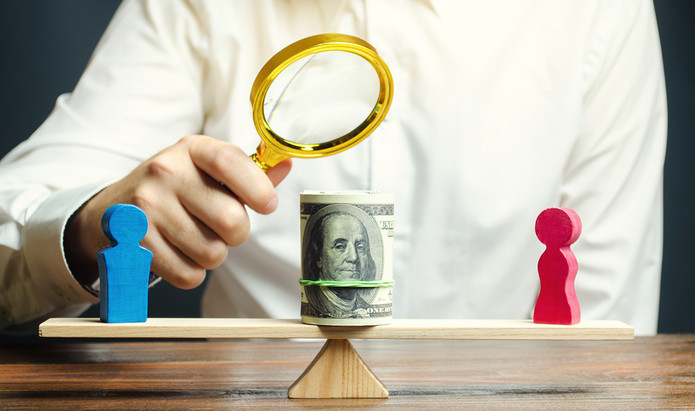 You kinda know how this debate goes already.

In winning the men’s World Cup of 2018, the jubilant French squad had plenty more reasons to cheer: they got to share a knee-shaking windfall of $38 million between them in prize money.

Compare and contrast that to the US women, who will net ‘just’ $250,000 per person for their efforts in conquering the world.

It’s a mind-numbing pay gap, and one that – sadly – is still reflected in most sports around the world.

And figures published in Business Insider suggest that if the US men’s team were to prevail at World Cup 2022, their players would pick up in excess of $1 million in bonuses.

Of course, much of the buck lies with FIFA, whose president Gianni Infantino has said he will be looking into the disparity and possibly ‘doubling’ the prize fund in time for 2023.

But is that enough at a time when the popularity of the women’s game, in the US and worldwide, is booming?

Previous Post: « What is the Women’s Super League (WSL) and Why does the Premier League Want to Take it Over?
Next Post: England Women v Men: Who Has The Better Football World Cup Record? »