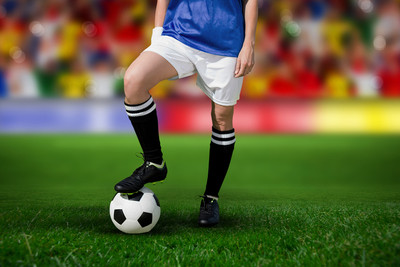 Women’s football is one of the fastest growing sports in the world, and never more was that fact illuminated than by taking a look at the viewing figures for the World Cup semi-final between England and the USA.

More than 11.7 million people tuned in for the game in the UK, and the BBC revealed that this was the highest viewing figure they have returned in 2019.

The 1-2 defeat was a sad end to what was a brave run from the Lionesses to the final four, and they will now be dreaming of further successes in the future as the gap between them and arguably the best team in the world – USA – continues to narrow.

There is a better pathway for young girls to break through into the women’s game these days, and that process could be made even more desired with the news that the Women’s Super League (WSL) could be set for an exciting new development.

It has been reported that control of the WSL could change hands from the Football Association to the Premier League, which is likely to see a huge cash injection into the sport from sponsorships, commercial partners and broadcasting rights.

A feasibility study is being carried out, which means that any takeover could be a couple of seasons away, but it is an intriguing development at a time when the women’s game continues to go from strength to strength.

What is the Women’s Super League (WSL)?

The equivalent of the men’s Premier League, the WSL was set up in 2011 by the FA to provide women’s football in the UK with a higher standard of weekly competition.

Fast forward eight years and the WSL is now the only professional women’s football league in the whole of Europe – it’s little wonder that the best players in the game are attracted to these shores as a consequence. Indeed, 47 players who ply their trade in the Women’s Super League represented their countries at the 2019 World Cup.

Some of the teams in the WSL are standalone entities, whereas others are affiliated to their men’s counterparts: Arsenal, for example, are the reigning champions.

And for the first time, the league has been given a major boost with some significant corporate investment: Barclays have pumped £10 million into the WSL, which will see the champions earn a cool £500k for their troubles in prize money.

For the first time in the competition’s history, 12 professional teams will battle it out for glory during the 2019/20 campaign.

The league has been given a timely boost with both Manchester United and Tottenham getting promoted to the top flight. That gives the division more of a ‘big club’ feel, and will see some fantastic derby matches in Manchester (City vs United is scheduled for the first weekend of the season) and in North London.

The format is straightforward enough. After 22 rounds of matches, the top two teams will progress to next season’s Champions League, whereas the side propping up the division will be relegated to the Women’s Championship.

If you have been tuning in to the World Cup then lots of the players will be familiar. England’s captain Steph Houghton will also pull on the armband for Manchester City, while Ellen White – who blasted six goals for the Lionesses – will lead the line for the Citizens.

Alex Greenwood will line up for their Mancunian rivals United, while Arsenal are powered by the goals of Dutchwoman Vivianne Miedema and the creative flair of Beth Mean and Jordan Nobbs.

Gunners Looking to Fire Their Way to History

Arsenal have already created their own slice of WSL history: their title win in 2018/19 was their third – more than any other club.

They will be looking to make that a fantastic four this term, although their competition will remain consistently fierce. Manchester City, who will have to make do without England star Nikita Parris who has joined Lyon, were only seven points behind last term, and following the World Cup exploits of many of their players will surely fancy the job.

Chelsea, a two-time WSL champion, will also be looking to get back into the winner’s circle. They have some standout talents to call upon – Erin Cuthbert, Ji So-Yun and Fran Kirby the obvious highlights, with Hannah Blundell and Bethany England outstanding support acts.

And keep an eye out for Manchester United too. Managed by England legend Casey Stoney, they possess the undoubted talents of Greenwood and boast the advantage of being in confident, winning mood following their promotion last term.

WSL Coming to a Ground Near You?

Many in the women’s game have called upon the government to introduce regulation that dictates that a certain number of WSL games are shown on terrestrial television channels – be it live or a highlights package.

Clearly, the demand is there as witnessed by the viewing figures for the World Cup, and BT Sport have already jumped on board by purchasing the rights to show a number of WSL matches.

The BBC will also carry some internationals and Women’s FA Cup games in 2019 and beyond.

If you want to enjoy WSL football in the flesh, you can of course visit the grounds of the 12 teams in the women’s top flight – with an exciting twist for the first round of matches for the 2019/20 campaign.

Talks are apparently ongoing that would see the first set of fixtures – which coincide with an international break in the men’s game on September 7 – played at Premier League grounds.

That could include the historic Manchester derby at the Etihad, Chelsea vs Tottenham at Stamford Bridge and Arsenal vs West Ham at the Emirates.

Previous Post: « England’s Lionesses Miss Out on the 2019 World Cup Final but There’s Reason for Optimism for 2023
Next Post: USA Women v Men: Who Has The Better FIFA World Cup Record? »