It’s been one of the worst kept secrets in modern politics.

Boris Johnson has been odds-on with the bookies for months now to be named the next Prime Minister of the UK in the wake of Theresa May’s resignation, and sure enough the man known as BoJo will be sworn in to 10 Downing Street having won around 66% of the vote against Jeremy Hunt in the race for the Tory leadership.

Johnson will deliver his first speech at some point this week too, and all the signs are that he will undergo an extensive cabinet reshuffle in order to ensure that his closest allies are given plum roles in Parliament.

How will that affect things? Well, it’s fair to say that Boris is very outspoken when it comes to his personal views on a variety of matter, and he will presumably look to appoint those who share his opinions on things like Brexit, immigration and the budget.

Another aspect which may come under the microscope is that of the culture and sport department, under which sports betting loosely falls.

Will Boris look to regulate the gambling industry further? Or will he take a softened stance?

FOBT Hints Suggest Boris Will Shoot From the Hip 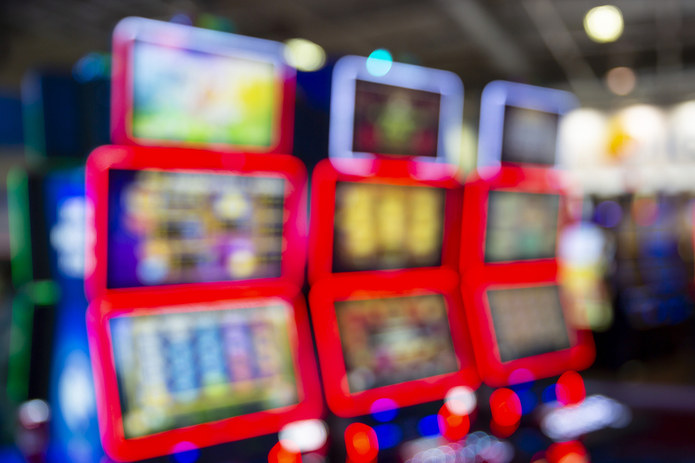 You may just about recall the furore regarding the Fixed Odds Betting Terminals (FOBTs), which are the games machines you see in bookmakers’ shops.

For a while, these had scarcely limited stakes – punters could shove in up to £100 every 20 minutes if they wanted to, and this was campaigned against by politicians from all sides of the divide.

In the end, the government was forced into action; and that’s when the £2 maximum stake came into being.

However, there were a number of delays in rolling out the legislation, and criticism was not in short supply as Theresa May and the chancellor, Phillip Hammond, allowed for a lengthy delay in order to let bookies make changes as to how they go about their business.

A whole bunch of politicians got today to force the government to bring forward the regulation by six months – one Boris Johnson was amongst the rebels who lent their weight to the campaign.

The former Mayor of London called FOBTs ‘the scourge of our high streets and a very bad thing for our community’ when asked why he was rebelling.

At the time, that was seen as politicking of the highest order as he and his chief crony, Jacob Rees-Mogg, looked to force May out of 10 Downing Street.

But it does also offer an insight into how Johnson may rule the betting and gambling sector in the UK, i.e. with an iron fist, now that he is in power.

It’s quite possible that more rigorous legislation will follow accordingly, with one hot topic that campaigners are looking to change being how liberally gambling firms are able to sponsor sporting events and teams and also advertise pre-watershed on TV.

Another interesting move is that Tracey Crouch, who resigned as an MP after tabling the original £2 pledge and seeing the government delay its implementation, is widely being tipped for a promotion in BoJo’s new cabinet.

Could FIFA Player Packs and Loot Boxes Be Next?

There has been intense discussion as to whether FIFA player packs, where gamers can purchase new stars for their Ultimate Team, and video game ‘loot boxes’ constitute gambling or not.

The UK Gambling Commission has confirmed that they are yet to gain any power over the phenomenon because ‘there is no official way to monetise what is inside them’.

As far as the current gambling legislation is concerned, the ‘prizes’ contained within the packs don’t have monetary value – despite the need for a purchase to be made to get them – and that’s why there hasn’t been an official investigation as yet.

The problem arises with some third-party sites and suppliers who operate outside of the control of the game’s manufacturer. These are buying and selling in-game content, and allowing it to be used as a virtual currency to purchase other goods, and that’s where the grey area lies.

Third parties are using titles such as Counterstrike: Global Offensive to offer ‘skin betting’, where players can essentially bet their desirable purchases from loot boxes on casino games and slot machines, with cash prizes given out to the lucky few.

This additional content, which includes new weapons, characters or outfits for in-game characters, is incredibly popular with a younger demographic, who are spending hundreds of pounds on purchasing the next must-have upgrade.

With the FIFA player packs, there is an element of gambling to the process, with gamers hoping for a Lionel Messi or a Cristiano Ronaldo in their purchase. However, if the players they receive are perceived to be low quality or uninteresting, many are persuaded to buy more and more packs until a superstar is secured.

Other countries have already moved to outlaw loot boxes. Belgium was the first, with the country’s Gambling Commission claiming that they are ‘in violation of gambling legislation’.

They forced game-makers like Electronic Arts to remove such in-game purchases from their releases or run the risk of criminal proceedings, with fines of nearly £700,000 another punishment available to be metered out.

And you wonder if Boris Johnson will be tempted to follow suit in his role of PM. He is anti-gambling, it seems, and with similarly like-minded ministers expected to make up his first cabinet, it’s quite possible that changes to the gambling infrastructure in the UK are likely to follow.

Previous Post: « Where Does Shane Lowry’s 2019 Win Rank in Open Championship History?
Next Post: Boris & the No Deal Brexit: What Does it Mean for Sport in the UK? »