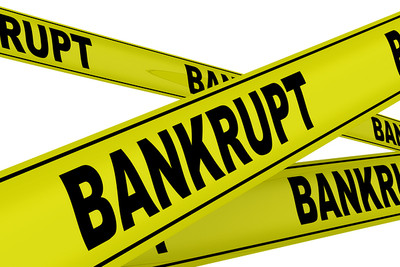 By the close of play on Friday August 23, Bury FC could be expelled from the Football League due to financial incapacity.

This is a proud football club, established more than 130 years ago, which could be gone in the blink of an eye due to the mismanagement of former and present owners.

Of course, the Shakers could yet be saved – with a 24th hour rescue bid potentially in the offing, but it just goes to show how fragile the very existence of may lower league clubs is as those at the top of the food chain continue to thrive despite being in ten millions of ‘debt’ – whatever that means to clubs such as Bury’s neighbours Manchester United.

The plight of the Lancastrians isn’t all that uncommon, and indeed football both in the UK and around the world has lost a number of high-profile clubs in the past few decades, usually due to a financial apocalypse.

There are clubs that have gone into administration but bounced back without going out of business; Glasgow Rangers, Leeds, Portsmouth and Coventry City just some high profile examples.

Others disappear for a while before rising from the ashes as new clubs with the same ethos – AFC Wimbledon, who admittedly didn’t go bust, is one example that springs to mind, whereas others are never seen again after entering footballing purgatory.

So let’s raise a glass to the teams that have gone bust in recent times, and hope that another proud custodian in Bury don’t fall foul of a similar fate.

Sometimes, it’s not always the football club’s fault when they are forced to declare bankruptcy.

Parma, a former UEFA Cup and Coppa Italia winner, were ripped to shreds when their parent company Parmalat, a food supplier, were forced into administration with staggering debts amounting to £14bn.

A period of ‘controlled administration’ followed, but Parma were unable to run efficiently as a business under such limitations and were declared bust in 2015.

But the Italians love their football, and big clubs like Parma don’t just die. So it was no surprise when they re-formed as a phoenix outfit – Parma Calcio 1913 – immediately after and began life in Serie D.

Three successive promotions followed, and they are now back where they belong in Serie A.

Fans of the Championship Manager series of football management computer games may recall the 2001/02 version, in which they could manage Rushden & Diamonds in the Third Division with a staggering transfer budget of £6m.

In real life, the club was the brainchild of Max Griggs, the owner of the Dr. Martens brand, who purchased and merged two existing football outfits: Rushden Town and Irthlingborough Diamonds.

His aim was to turn the new side into a Football League club, a feat they achieved courtesy of Griggs’ bankrolling of the club.

However, it wouldn’t be long before there were financial issues which precipitated the sale of key players, and in 2003/04 Rushden were relegated back into non-league football.

In 2005, Griggs sold the club to the supporter’s trust for just £1, and they tried manfully for a number of years to keep R&D afloat.

However, they were forced to admit defeat in 2011 when HM Revenue & Customs lodged a winding-up order.

Soon after AFC Rushden & Diamonds was born, and they are still going strong albeit at a lower level than that experienced in Griggs’ reign.

These days, followers of non-league football will be familiar with Scarborough Athletic, who have enjoyed plenty of success in recent years.

But that club is a reborn version of Scarborough FC, who were one of the oldest football clubs in England having been formed in 1879.

The Seadogs largely plied their trade in the lower reaches of the Football League, however in 1998 they did reach the Third Division play-offs – victory would have seen them reach the third tier of English football.

But they fell on hard times, and were subsequently dissolved in 2007. Their legendary former home at the McCain Stadium is now a Lidl supermarket, which seems a fitting metaphor for the financial perils of lower league clubs in British football.

This is a club that boasts a staggering amount of history.

Did you know, for example, that as of 2015 they had scored more goals in the FA Cup than any other team?

Did you know that they were the first team in English football to wear sponsorship on the front of their shirt?

Did you know that their list of former manager includes Paul Gascoigne and Ron Atkinson?

But a shaky period financially in 2011/12 spelled disaster for the club, who were locked out of the Rockingham Road ground and demoted two divisions by the FA for financial irregularities.

The bulk of their players left and they suffered relegation too, meaning they had gone from the Vanarama National to level eight of English football in no time at all.

Happily, the Poppies appear to be on the way back up, but they are a case study in how bad decisions off-the-field can lead to carnage on it.

There are lots of examples of ‘phoenix from the flames’ style resurrections in English football, so Bury fans can take heart that if the worst does happen then it doesn’t have to be the end.

Take Darlington FC, a stalwart of lower league football. Back in the early days of the new millennium, their owners had ideas above their station and were granted approval for a new 25,000 seater stadium.

The problem, it turns out, is that the club didn’t have the money to pay for it.

The Quakers were unable to agree a Compulsory Voluntary Arrangement – the CVA process has kept many clubs – and businesses for that matter – afloat, and they were expelled from the Football League in 2003.

But a passionate fanbase was adamant that the club would not die, and so Darlington 1883 – a new team, by all accounts – was formed. Three promotions in four seasons got them back in to the Vanarama North, and a name-change back to Darlington FC, which was agreed with the Football Association means that the Quakers are back near to where they once were prior to their issues.

Did you know that Chelsea have twice very nearly gone bust?

Back in the early 1980s, the Blues were languishing in the old Second Division, were tarnished by a violent band of hooligans in their fanbase and were in debt….massively.

In the end, Ken Bates – their former chairman – came to the rescue, buying the beleaguered outfit for just £1 and in doing so taking on all of their creditors.

Fast forward 20 years and Chelsea were once again in dire straits. Indeed, they had a £75m loan outstanding that they simply could not repay – had Roman Abramovich not stepped into the breach by buying the London club, who knows if they’d even be in existence to this day.

That’s a cautionary tale for football clubs of all sizes….

Now Read: The Clubs Most Likely to Go Bust Next

Previous Post: « The Funniest and Most Bizarre Football Pitch Invasions
Next Post: Why VAR Could Lead to a Mutiny from Football Fans, Players and Managers »