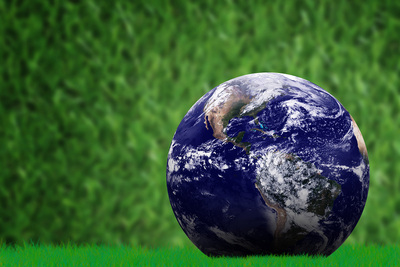 There’s nothing that quite excites fans of sport than seeing a hugely talented youngster burst onto the scene.

The hairs on the back of the neck stand to attention when you see a Wayne Rooney, a Frankel, a Tiger Woods or a Rafa Nadal for the first time.

It is those sporting stars that seem to exist beyond their fledgling years, with maturity and poise, that really get the juices flowing. Could this be the man, woman or beast that will take their sport to the next level.

Just recently, two prodigiously-talented individuals have burst to prominence at the highest of levels.

The first is Anssumane ‘Ansu’ Fati, a left-sided attacking player for FC Barcelona who has already scored twice this season despite being aged just 16.

The second is Pinatubo, the outstanding two-year-old that demolished his rivals by nine lengths in the National Stakes and left trainer Charlie Appleby purring that ‘he’s the best horse I’ve had as a two-year-old, there’s no doubt about it’.

So let’s take a look at these two youthful stars in the making, and consider how far they can take their sports of choice.

Ansu Fati: The Tricky Winger with the World at His Feet

Having had the pleasure of watching some of the best players the game has ever seen strut their stuff on the hallowed turf, it takes a lot to get the fans crammed into the Nou Camp to get excited.

But they were up on their feet within two minutes of Barcelona’s 5-2 demolition of Valencia: Fati, with the confidence of a man twice his age, stroking home Frankie de Jong’s cross to give the Catalan giants the lead.

And then, barely five minutes later, he jinked his way down the left-flank and got to the byline, before cutting the ball back and returning the favour for de Jong.

Seven minutes played, and the 16-year-old became the youngest player in La Liga history to score and assist in the same game.

It’s been an extraordinary rise for the youngster from Guineas-Bissau, who wasn’t even selected for the club’s summer pre-season tours.

But injuries to messrs Messi, Suarez and Dembele saw Fati called up to the senior squad by Ernesto Valverde, and he was brought on for his debut in the last ten minutes of the easy opening day win over Betis.

A week later, Barca found themselves 0-1 down at Osasuna. Valverde needed a spark, so he told Fati to get stripped – he’s be entering the field for the second half.

Was there vindication for throwing a child into a man’s world? Absolutely: a curling right-wing cross from Carlos Perez was met by Fati, whose precise header ended up in the back of the net. That made him Barcelona’s youngest ever goalscorer in history.

In all likelihood, he will return to the youth team at the Spanish outfit as soon as Messi, Suarez and Dembele return. There is no sense in rushing a young talent who has the world at his feet.

But we’ve had a tantalising glimpse of what Ansu Fati is capable of, and most football fans will be foaming at the mouth to see what he achieves next.

Pinatubo: The Next Frankel?

The Vincent O’Brien National Stakes is one of the earliest chances that two-year-olds get to shine in Group 1 company.

As such, it is eagerly anticipated by those in the racing game – particularly punters looking to put a tick next to the name of the star’s of tomorrow in their notebook.

By that logic, there will have been more than one Bic biro pressed into action following Pinatubo’s extraordinary win in the race in September.

This wasn’t a race in any real definition of the word; it was a demolition, as the bay horse raced clear of the field at Curragh and never showed any signs of slowing up thereafter. He ended up winning the 7f race by a staggering nine lengths.

It was the kind of performance that sets tongues wagging, and anybody that saw Charlie Appleby afterwards and the look on his face would have known that his well-kept secret was now well out in the open.

“He’s the best two-year-old I’ve trained, there’s no doubt about that,” he confirmed. “I’ve been very lucky to have some nice two-year-olds through my hands so far, but something like him is amazing.”

Appleby confirmed that the Dewhurst Stakes is next on the agenda, and anticipation, hype and expectation has already started to build ahead of that October date.

The National Stakes triumph was no fluke either. Pinatubo had already done the business in the Chesham Stakes and the Qatar Vintage Stakes, and the Curragh win merely served to extend his wining streak to five races.

But it was the manner of his victory that really caught the eye, and had many onlookers reminiscing of the day Frankel took apart the Royal Lodge field in 2010 with a ten-length triumph to announce himself to the world of racing.

Pinatubo has plenty of pedigree. His sire, Shamardal, won the Vintage Stakes and the Dewhurst as a two-year-old, before triumphing in the Prix du Jockey Club and St James’s Palace Stakes at three. A cruel injury ended a career set for the stratosphere.

The Racing Post’s handicappers believe Pinatubo is a better two-year-old than even Frankel, giving him a rating even higher than the slightly inflated figure they put upon Too Darn Hot last year.

Potential counts for very little until it is realised, but Pinatubo – and Ansu Fati, for that matter – have already shown glimpses of what an incredible future might hold for them.