The paper-thin gap between Manchester City and Liverpool at the end of the 2018/19 campaign was one point, but in reality it was perhaps one man who made all of the difference.

Vincent Kompany returned to the City starting eleven towards the tailend of the season, and his presence was colossal as his side just about held on to their Premier League title.

His leadership, his defensive nous, his experience, that crucial long-range goal against Leicester….the Belgian was invaluable to Pep Guardiola and his mission for silverware.

In the Liverpool camp, just how important has Virgil van Dijk been in helping the Reds close the gap to the perennial champions? This Rolls Royce of a centre back has helped turn Jurgen Klopp’s team from pretenders to contenders, and the Dutchman must now be valued far in excess of £100 million – once upon a time that would have been a ridiculous price tag for a defender.

All of which brings us nicely back to Manchester City and their present defensive predicament. Kompany left the club in the summer to a hero’s goodbye, and with the Guardiola’s purse strings tightened, to some extent, he was left with Aymeric Laporte, Nicolas Otamendi and John Stones as his only recognised central defenders.

And then Laporte and Stones went and got injured, didn’t they….

The French World Cup winner has had to have knee surgery and isn’t expected back until the new year, while the England international suffered a thigh injury in training that will keep him out for up to six weeks.

It’s disaster on top of calamity for the Spanish manager, who saw Stones and Otamendi produce the sort of performance that the Chuckle Brothers would have been proud of in their pomp in City’s 2-3 defeat at Norwich. Not once but twice did the duo serve up a ‘to me, to you’ masterclass in how not to defend, and the absence of Kompany and Laporte will not have Guardiola laughing out loud.

Nevertheless the manager was quick to defend his players after their eyebrow-raising loss to the Canaries, and offered up a couple of different solutions to his problem.

“It’s a partnership [Stones and Otamendi] that has played a lot. We’ve got Fernandinho and Rodri who can play there in other situations and it’s not a worry. Things happen,” Guardiola said through gritted teeth.

Whether the former Bayern or Barca boss knows the stats or not, he must know that even his straight bat approach is easy to see through. In 25 Premier League matches in which the Stones-Otamendi axis of evil has presided over City’s defence, they have conceded on 28 occasions – an average of 1.1 goals per game, which does not compare favourably to the 0.5 average set by Kompany and Laporte.

And we should also reference the win percentages: Kompany and Laporte played their part in victory in 91% of the games they played together. With Stones and Otamendi in the team the win ratio is just 68%.

In a separate interview, Guardiola once again referenced Fernandinho as a central defender, while also quoting the services of young guns Taylor Harwood-Bellis and Eric Garcia.

“We will go with them for the next few months,” the Spaniard said. “It is what it is; sometimes these situations happen. It has happened and what we are not going to do is complain.”

Fernandinho has reached the age of 34 without ever really spending too much time playing at the heart of the defence, while Garcia is an 18-year-old that has featured in three EFL Cup games.

The manager is famous for transforming Javier Mascherano into a central defender at Barcelona, so the hope is that Fernandinho or Rodri can be moulded in a similar fashion to the Argentine.

Harwood-Bellis is just 17 and is yet to play a single minute for the first team, and so Guardiola knows he is on a slippery slope.

It is less than ideal for a team with aspirations of domestic and continental glory, however, and it’s no surprise to see the bookies taking such a dim view of affairs – they have eased City out to 8/11 to retain the Premier League trophy. 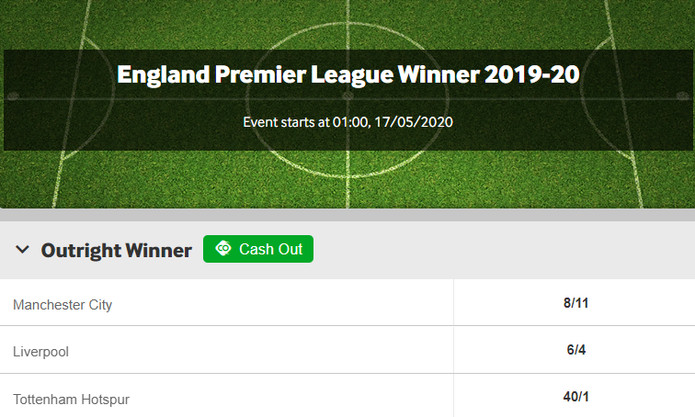 Three is the Magic Number….Or Else 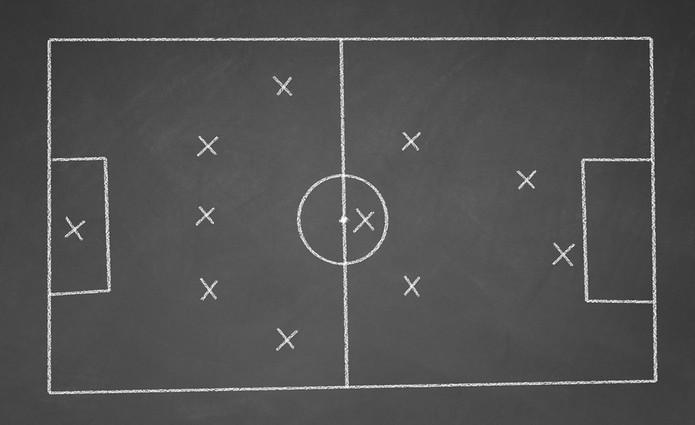 Guardiola is no stranger to playing three central defenders when the mood takes him, and indeed it’s a system he has used at times at City – most notably when he first joined the club, and at the start of the 2017/18 campaign.

It gives a bit more security – crucial when you don’t quite believe in your defensive options, as he has intimated, and ensures that his side has extra rigidity particularly in crucial away Premier League games and in the Champions League.

It’s probable that Fernandinho would be tasked with playing as a central sweeper, mopping up loose balls and acting as a talker to his two fellow central defenders. His experience in this position would be vital, and you certainly wouldn’t want him playing on the sides – the Brazilian is lacking in a quick turn of pace, as anyone who has turned 34 can attest.

On either side he is likely to be marshalled by Otamendi, to his left, and Kyle Walker to his right. The England man has played there for the international side, and Guardiola has hinted in the past that he could deploy Walker in the middle – albeit not as part of a two.

Such a system creates a few headaches elsewhere, however. Kevin de Bruyne would probably have to play deeper than is ideal, while Guardiola – assuming that Sterling and Aguero are undroppables – would have to choose one of Riyad Mahrez, Bernardo Silva and David Silva to float in the inside right channel.

Oh, and the system also assumes that messrs Zinchenko and Cancelo have the quality to provide the width in both a defensive and attacking set-up.

So it’s not perfect – far from it in fact, but a three-man backline might be the only way that Manchester City can win the Premier League title this term.

Previous Post: « Ansu Fati and Pinatubo Announce Themselves to the Sporting World
Next Post: How Female Jockeys Can Blaze a Trail for Women’s Rights in Saudi Arabia »