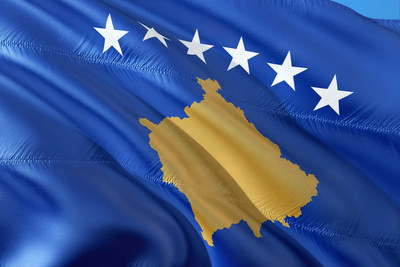 Many English football fans wouldn’t have realised the importance and history of their 5-3 win over Kosovo at the St Mary’s Stadium.

Not the result as such, which saw England’s hopes of qualifying for Euro 2020 improve yet further despite a couple of defensive howlers.

It’s more the significance of how far Kosovan football has come, given that the republic has existed for barely a decade since their split and subsequent independence from Serbia.

Kosovo didn’t even have a football team until 2010, and they were accepted by UEFA as an official national side as recently as 2016.

Three years later, and here they were scaring the life out of England’s intergalactic litany of stars.

It’s a fascinating story, and one worth exploring further. Because if their improvement continues on the scale they have delivered so far, who knows what Kosovan football can achieve?

The History of Kosovo

The formation of Kosovo was a lengthy and sadly deadly process in which thousands of people lost their lives.

Life in the Eastern Bloc has been complicated ever since the dissolution of Yugoslavia, who accepted Kosovans into their national teams prior to their break-up.

At that point, it became very difficult for players from Kosovo to get recognition – particularly given as most simply wanted to represent the land they called home.

The Kosovo War, of the late 1990s, didn’t help. Troops of the Kosovan Liberation Army, backed soldiers from Albania, battled the Federal Republic of Yugoslavia (latterly known as Serbia and Montenegro).

Eventually NATO and the United Nations intervened, and the Serbian forces fled – but not after more than 13,000 people had lost their lives.

But after war comes peace, and in 2002 Kosovo were finally able to play their first match since the conflict.

That first game post-war was against Albania, a far more established name in international football. Kosovo, with a squad made up of part-timers and amateurs, held their opponents to a respectable 0-1 defeat.

Fast forward a few years and Kosovo were now a much slicker outfit, and they had their first taste of real success when they beat Saudi Arabia 1-0 in 2007 – their first triumph over a nation that has appeared in a World Cup.

In 2008, the republic announced its independence from Serbia: Kosovo was now a country in its own right. And it was here that their journey to major international status began. 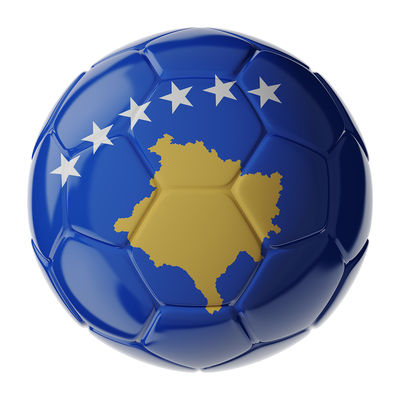 If there is one thing that FIFA are famous for, its bungling over quite simple decisions.

When Kosovo applied for membership with the governing body in 2008, little did they realise it would take six years for FIFA to finally give them the green light.

Kosovo, finally, could play recognised friendly matches against FIFA member nations, albeit not those from the former Yugoslavia.

Sepp Blatter and co decided that they could not display nationals symbols such as flags or emblems, nor could they use their national anthem, such was the ill-feeling they still shared with Serbia.

But the Kosovans were unflustered, and set about playing a litany of friendly matches as they sought to improve on the international stage.

Soon after, in 2016, the country was accepted as a member nation by UEFA, meaning that Kosovo could now participate in both the European Championships and the World Cup, should they qualify. 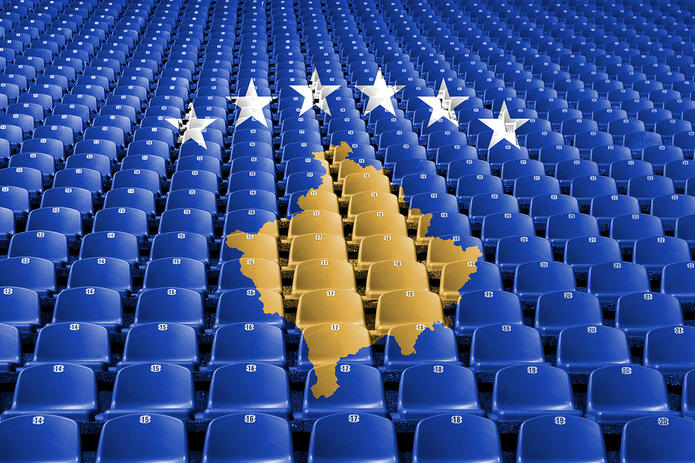 One of the main problems for Kosovo was that their multi-talented selection of players had, by and large, already declared their allegiances to other countries.

Xherdan Shaqiri and Granit Xhaka, both of whom could play for Kosovo, had already declared for Switzerland, while Adnan Januzaj has represented Belgium at various levels. Lorik Cana was captain of Albania, while Admir Mehmedi had also chosen to represent the Swiss.

Kosovo, shorn of their stars, set about building a squad from those who had pledged allegiance.

Their first major assignment came in the qualifiers for World Cup 2018, where they created history with a 1-1 draw against Finland. They lost their nine other qualifiers, but they certainly hadn’t disgraced themselves.

Kosovo were then engaged in the UEFA Nations League, and their improvements were clear for all to see. They topped Group 3 of the D League, beating Azerbaijan, the Faroe Islands and Malta twice. They were on their way.

Attention now turned to qualifying for Euro 2020, and aside from that defeat to England they have beaten the Czech Republic and Bulgaria already in an unbeaten run which stretched back to October 2017 prior to the loss to the Three Lions. They now sit one point behind the Czechs in Group A, so qualification for their first major tournament remains a distinct possibility.

Much of the credit goes to Valon Berisha and Milot Rashica, both outstandingly gifted technicians that ply their club trade with Lazio and Werder Bremen. That duo offers up the ammunition for Vedat Muriqi to thrive – his three goals sees him just behind a couple of familiar names in the top scorer standings: messrs Kane and Sterling.

While there is still lots of uncertainty – they don’t even have a settled home ground, things are looking rosy for the future of Kosovan football. Euro 2020, perhaps, beckons….

Previous Post: « How Do Women’s Super League Attendances Compare to the Premier League after Record Season Opener?
Next Post: Can Nigel Benn Become the Oldest Boxing World Champion in History? »