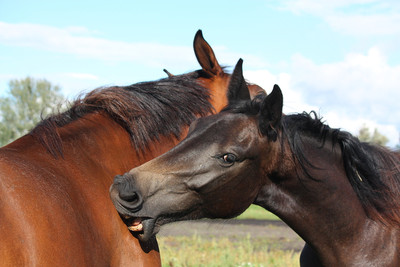 Professional sport is rife with skulduggery and underhand tactics designed to gain an edge on an opponent.

It’s rare that horseracing comes under the microscope, however, even if the topics of whip use and owners ‘manipulating’ handicap races are seldom far from the conversation.

And it’s certainly very rare for a horse to try and take out a rival mid-race!

But that’s exactly what happened at Maisons-Lafitte in France recently when a three-year-old filly Palomba decided that she was going to think outside the box in her pursuit of victory.

Video footage captured by French racing firm Equidia shows Palomba not once but twice trying to sink her teeth into the arm of Francois-Xavier Bertras, the jockey who was aboard race leader Lucky Lycra. Bertras later tweeted this still of the bite.

It was an extraordinary sight, and while Lucky Lycra went on to win the race anyway, it would have raised some interesting questions had Palomba unsettled her rival or Bertras to the point where they failed to go on and win.

“It was a pretty strange sensation because the filly came alongside and then ducked her head at me while in full flight. It was quite amazing.

“We watched the race back with the stewards and you can see she has me by the arm three times – it was pretty funny to see.

“My filly didn’t flinch or break stride but she was quite surprised and didn’t understand exactly what had happened. You could say we were as shocked as each other.”

So why do horses bite on the track, and what exactly are the rules regarding a biting incident?

Why Do Racehorses Bite? 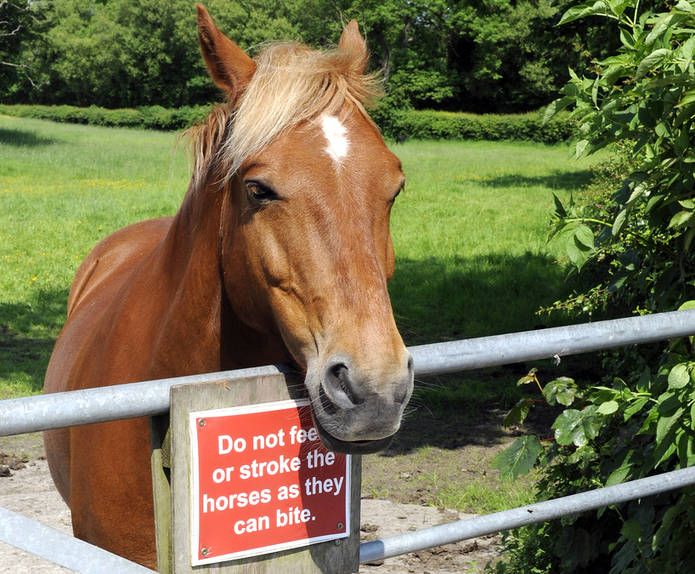 Anyone that has been on the receiving end of a horse bite will know first hand just how painful it is – respect to Bertras for managing to cling on to the reins despite his special attention from Palomba!

But in all seriousness, a horse that bites can be one with some psychological issues that need to be addressed.

Typically, horses issue a threat to bite rather than actually sinking their teeth into flesh – which is what makes Palomba’s behaviour so unexpected.

Generally, a horse bites when they are fearful, irritable or seeking to assert their dominance, and so maybe there is some understanding when a young horse – startled by the environment in which they find themselves in – lashes out.

It’s arguably not a defence for Palomba, who was into the fifth race of her career, but if you look at the video footage there is a brief collision between her and Lucky Lycra, which perhaps explains why she had a nibble on the first limb that came into her eyeline.

It’s generally stallions that are the worst culprits for biting, which makes the French filly’s action all the more surprising, and history shows that the major biting incidents in racing have typically come from male horses.

How Does Biting Affect the Result of a Race? 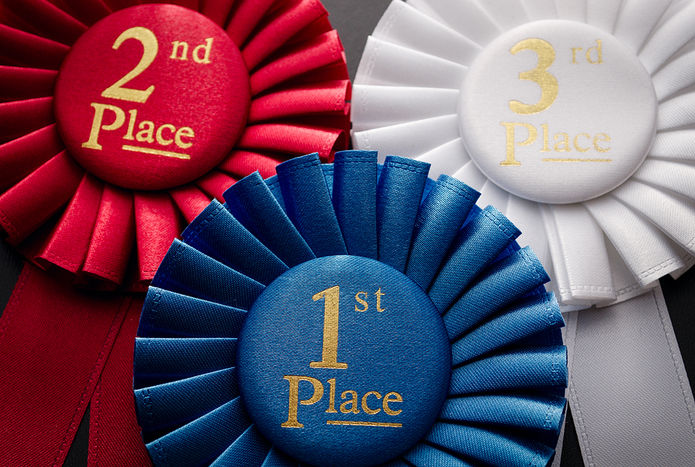 There haven’t been that many instances of a horse biting another in a race, and it’s even rarer that the incident might affect the outcome of a race.

There was one notable example in the US, however, of a horse being disqualified after getting a little chewy with a rival.

But in an unusual twist, his horse was disqualified after taking the tape in first after biting a horse called Zimmer near the line.

The chief steward of the day, Barbara Borden, announced that Chilled had tried to ‘intimidate’ his rival, and he was thus given the DQ in what could well be an unprecedented move to this day.

Usually, the punishments dished out are retrospective. Arcadian Heights, who actually went on to win the Ascot Gold Cup, was forced to run a muzzle early on in his career – a move that would make Hannibal Lecter proud, but not particularly warm the cockles of punters in backing a horse more focused on having a nibble than winning the race! 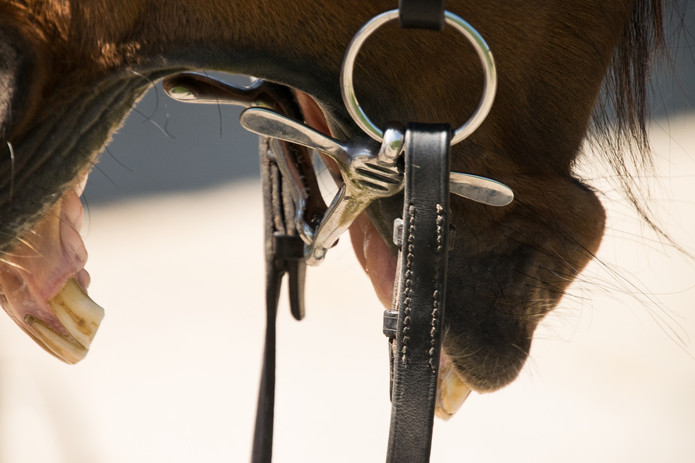 You might be surprised to learn that there are some rather famous horses that have had a penchant for a bite over the years.

Arcadian Heights, a Gold Cup champion, was just the tip of the iceberg when it comes to unruly quadrupeds showing off their best Luis Suarez impression.

Can you remember Moonax, the Irish horse that won the St Leger, the Yorkshire Cup and the Prix Royal-Oak at Longchamp? The progeny of Nijinsky was such a noted biter that his groom, Joyce Walsgrave, would actually wear padding on her arms and torso to prevent the horse bruising and breaking her skin.

Mind you, Joyce as about the only person – and certainly the only creature – to get Moonax to behave.

“You couldn’t let him near another horse, he would have attacked them,” were trainer Barry Hills’ rather ominous words.

The Melbourne Cup is one of the most prestigious races in the world, and the 2018 edition was a particularly feisty affair.

While the British runners made up a historic 1-2-3, there were some antics from one of them, Marmelo, who appeared to be in a grumpy mood.

He had a right old nibble on Avilius as soon as the horses left the starting stalls, and how it affected the ‘victim’ can only be guessed at. But Marmelo wasn’t perturbed – he ran very well, and at one point looked the likely victor until Cross Counter finished strongly and took the tape.

Race officials took a rather dim view on the incident, and the next time connections planned to run Marmelo on Australian soil they would be forced to get him signed off by a vet.

Glorious Goodwood was notorious for bad behaviour in 2018: there were fights in the grandstands and in the weighing room as tempers frayed.

And the violence was not reserved for humankind as out on the track Bartholomeu Dias took out his frustrations on Dr Richard Kimble (that’s a horse, not a medical professional) in a handicap race at the meeting.

Dr Richard Kimble on the run from the attentions Bartholomeu Dias who clearly had other things on his mind… pic.twitter.com/D78bNge77f

The horse wasn’t punished by race stewards, but there was bad news awaiting him in another way: trainer Charlie Hills decided to have him gelded when they got home!

The 2018 edition of the Gallant Bob Stakes at Parx had an interesting finish in more ways than one. Approaching the final bend on the turn to home, three horses, Whereshetoldmetogo, the favourite Firenze Fire, and Seven Trumpets were travelling neck-and-neck challenging for first position.

As the finished line approached, Seven Trumpets ran out of steam leaving Firenze Fire and Whereshetoldmetogo in a ding-gong battle. Into the final furlong it was Firenze Fire, under Irad Ortiz that edged to the front leaving Whereshetoldmetogo with no choice but to bite the jockey opposite in attempt to rescue the race.

The biter in this instance was unsuccessful and remained in second place but fast forward to the 28th August 2021 and the Grade 1 Forego Stakes at Saratoga and it was Firenze Fire who found himself desperately biting an opponent in the form of Yaupon.

Again the race outcome wasn’t affected despite Firenze Fire getting hold of his rival’s bridle at one point.

Previous Post: « The 5 Most Dangerous Race Tracks in the World
Next Post: How Do Women’s Super League Attendances Compare to the Premier League after Record Season Opener? »