They say that cricket is a team game played by individuals, and you can probably aim the same accusation at football.

Yes, a side can outperform the sum of their parts, but often when you take a key player out of a starting eleven you can notice the difference immediately.

Of course, league titles and cups are won by the team and the celebrations shared by the team; it’s rare for individuals to take the spotlight.

So that’s perhaps why the Ballon d’Or is still so cherished some 63 years after it was first introduced.

It’s an opportunity to cherish the best in the business, and the 30-man shortlist for the 2019 edition gives fans of English clubs the chance to do exactly that – 50% of the list ply their trade in the Premier League.

Liverpool have seven representatives, including the bookmaker’s favourite to lift the trophy in Virgil van Dijk, Manchester City five, Tottenham two and Arsenal’s sole nominee Pierre-Emerick Aubameyang will be feeling rather lonely at the ceremony in Paris.

So let’s take a closer look at the Ballon d’Or. How did it start, who decides who wins it and what do the players think about it?

When Did the Ballon d’Or Start?

Originally, the Ballon d’Or was devised by leading publication France Football and their writer Gabriel Hanot, who has also been hailed as the originator of the original European Cup format.

He and his colleagues wanted to celebrate the achievements of the best individual players from across the globe, and so they created an award which was voted on by their fellow journalists.

The format largely remained unchanged for the next 54 years, before FIFA – perhaps aggrieved that their own World Player of the Year Award was somewhat overlooked in favour of the Gallic trophy – threw their weight around and decided that the Ballon d’Or would have to merge with their own competition.

That was a situation that played out between 2010-15, when the two organisations went their separate ways.

Who Has Won the Ballon d’Or on the Most Occasions?

Given their dominance of world football from an individual perspective, it’s perhaps no surprise to learn that Lionel Messi and Cristiano Ronaldo are the most prolific winners in Ballon d’Or history.

They have shared the trophy on ten occasions – five apiece – and enjoyed an exclusive reign of glory on the award between 2008-18, when Luka Modric brought their dominance to an end.

Then there’s a trio of players that have lifted the famous little trophy on three occasions: Michele Platini, who won for three consecutive years between 1983-85, Johan Cruyff and Marco van Basten.

The club responsible for the most Ballon d’Or winners is shared between Real Madrid and Barcelona, with eleven each, with Juventus and AC Milan next in line with eight.

And for pub quiz aficionados, here’s a zinger that might just earn you a few points: eight players have won the World Cup, European Cup/Champions League and Ballon d’Or in their careers. Can you name them?

Who Decides Who Wins the Ballon d’Or? 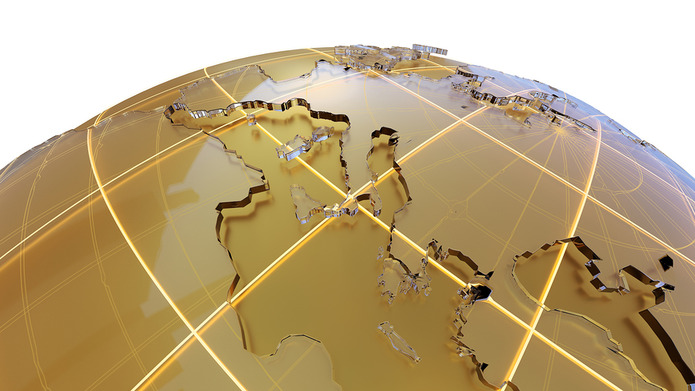 Back in the day, the voting was undertaken by a carefully selected panel of respected journalists from across the continent.

That was expanded after 50 years in 2006 when coaches and captains of national teams around the globe were also given the opportunity to vote.

The eligibility criteria of who can win the Ballon d’Or has also changed. For the first half-century only players born in a European nation could win it, but that changed in 1995 when the prize was opened up to anyone who played for a club side in Europe.

In 2007, the organisers had another re-think and allowed anyone to be nominated for the Ballon d’Or, no matter what their nationality or where they plied their club trade.

Is There a Women’s Ballon d’Or Award?

There wasn’t until very recently, but now the women’s game also has their own version of the Ballon d’Or, or the ‘Ballon d’Or Feminine’ to give it its rightful French name.

France Football introduced the prize in 2018, which was won by Norway’s Aga Hegerberg. At the prize ceremony, host and DJ Martin Solveig made a prized plum of himself when he asked the Norwegian if she could ‘twerk’ for him.

The 2019 nominees for the Ballon d’Or Feminine have been released, with Hegerberg again leading the way alongside a number of the victorious US team from the World Cup: Alex Morgan and Donald Trump’s best friend Megan Rapinoe taking the headlines.

English football has their own pair of nominees in Lucy Bronze and Ellen White.