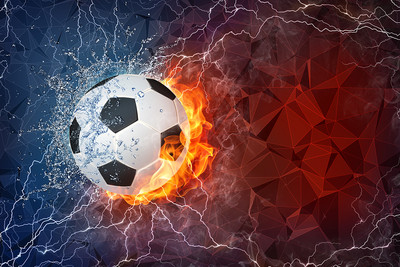 It doesn’t matter what level of the game you’re at, from the village green to the Nou Camp, the fiercest rivalries are those where there is more than just three points on the line.

It can be a battle for local bragging rights that gets the juices flowing, or there can be more political factors at play which explain why two teams are so desperate to get the better of the other.

And, of course when you combine both of those factors you are in for a rollicking spectacle!

That was certainly the case in October when North and South Korea met in a World Cup qualifier in Pyongyang.

Such is the ill-feeling between the two nations – they are still technically at war, despite peace efforts – that no fans were allowed to attend for security reasons, with players on both teams afterwards describing the bruising encounter as ‘like a war’.

Politics, and geographical spite, will always help to add spice to the beautiful game, so here’s a rundown of some of the most acrimonious rivalries in world football. 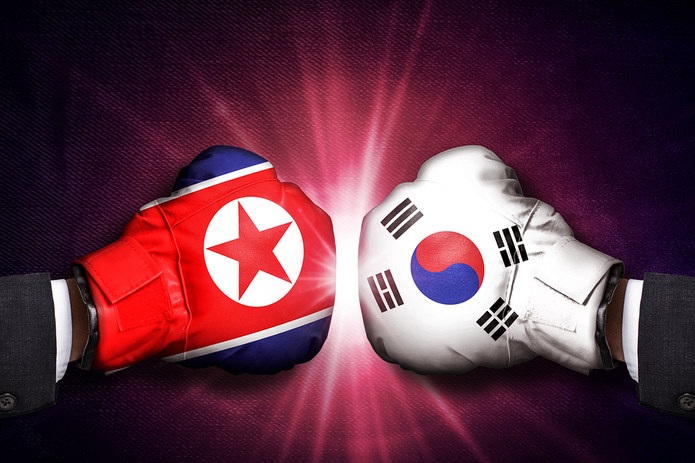 These two countries, despite sharing a land mass, could not be any more different.

The North remains under dictatorial rule, with some of the laws implemented by leader Kim Jong-un enough to make your hair curl. Hopefully he’s not reading this!

The South, on the other hand, is far more Westernised, and a lot more liberal as a result.

When the two philosophies collide it tends to be dramatic and violent, and threat of an outbreak of a Korean war is rarely far from the thoughts of all of those native to the country.

From a football perspective, there hasn’t been too much to write about, with October’s clash one of the rare occasions they have met. Their previous encounter came in qualifying for the 2010 World Cup, in which the North claimed that the South had deliberately given their players food poisoning ahead of the second leg.

These contests are always an amazing spectacle; not that we got to see October’s clash because all media – aside from a broadcaster approved by Kim Jong-un – was banned. The resulting footage was also said to be of too low a quality to be shared.

The ‘war’ theme was used by a number of the South Korean players after the game, with Tottenham’s Son-Heung-min claiming ‘to be honest, the game was so tough that I think we were very lucky already to be back with no one injured.’ The South Korean footballing authorities have since complained to the Asian Football Confederation about the North’s antics. 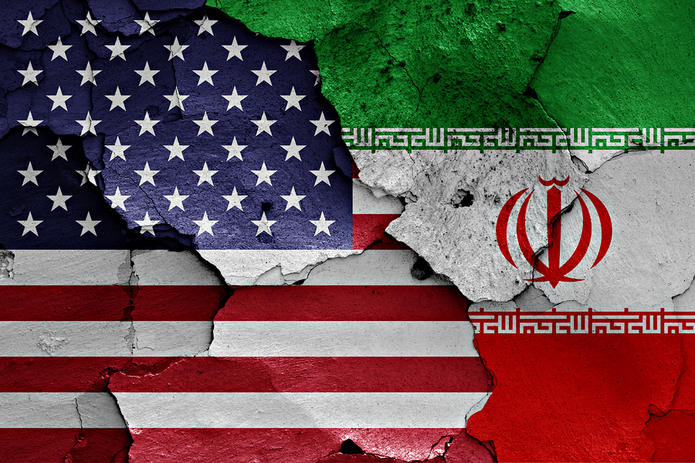 The ‘mother of all games’ – that’s how the head of the US Soccer Federation described the draw for World Cup ’98 in France which had paired the Americans against long-term enemy Iran.

These to nations haven’t got along since the 1970s and the days of the Iranian revolution, which ousted US-led forces from power.

The game promised to be a ‘lively’ affair, and the diplomatic mind games started before a ball had even been kicked with Iranian Supreme Leader Khamenei refused to allow his players to walk towards the Americans for the pre-match handshake – negotiations with FIFA eventually led to the US team walking along the Iran line for the customary greeting.

The match itself was a full-blooded encounter, naturally, with Iran upsetting the odds to claim their first ever win in a World Cup game.

That led to incredible celebrations both inside the stadium and back home.

“People were dancing in the streets of Tehran, openly drinking alcohol and the women took off their head scarves. The Revolutionary Guard didn’t do anything about it because they were also so happy,” so told Mehrdad Masoudi, the Iran team’s official FIFA media officer, to Four Four Two magazine.

With relations between the two countries hardly improving since Donald Trump took charge of the White House, the next USA vs Iran meeting is likely to be just as highly anticipated.

These two have dominated Spanish football for a long time now, and so their encounters have spice added given that they will largely determine who goes on to win the La Liga title.

But the hatred between Barcelona and Real Madrid runs much deeper than just three points, and you have to go back to the days of General Franco to see why.

Real have been the preferred team of the Spanish establishment for decades – especially King Alfonso XIII and the despotic former Spanish ruler General Franco, who was known to be a fan of the team we now know as the Galacticos.

As for Barca, this is a club with an ideology of polar opposites. Barcelona can be found in the heart of the Catalan region, who have long wanted independence from the rest of Spain – a matter you can’t help but have seen in the international press of late with arrests and riots once again taking place.

Franco wanted a uniform state in Spain, and refused to even acknowledge Catalunya – outlawing the speaking of the Catalonian and Basque languages and forcing Barcelona to remove the famous yellow-and-red colouring from their badge.

It all came to a head in 1943, when the two teams were drawn together in the Copa del Rey.

The game ended in an eyebrow-raising 11-1 win for the Madrid outfit, and it was only afterwards that it emerged that the Barcelona players had allegedly been threatened by police and political figures, essentially forcing them to throw the game. It was here that the seeds of hatred were sown.

For such a football-mad country, it’s no surprise that these political machinations often find their way onto the pitch, and few matches in the world game serve up a white-hot atmosphere quite like El Clasico. 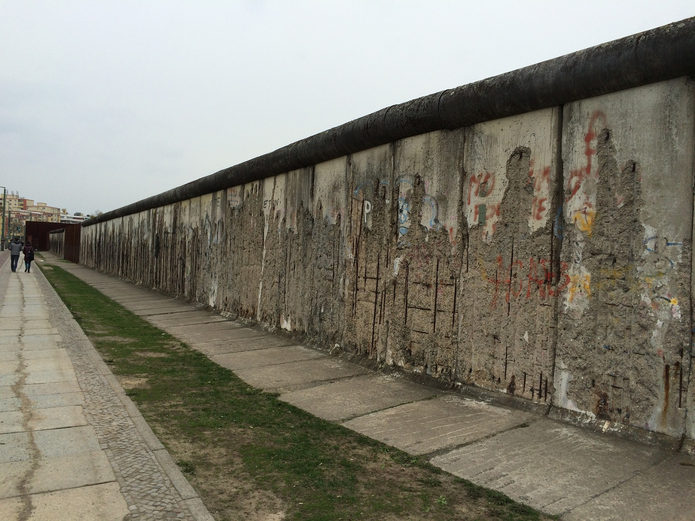 In the aftermath of the Second World War, Germany was left a country divided – quite literally into East and West – until the symbolic felling of the Berlin wall many decades later.

The divide was one on political and ideological grounds, and the two dissident groups had a hatred that ultimately led to bloodshed.

On the football pitch, West Germany were the better side and their name would appear on the trophy many times before the country was reunited in the early 1990s as plain old Germany.

They were drawn together in the group phase of the 1974 World Cup, held in the West no less, and no prisoners taken as players from both teams launched into the kinds of tackle that would make Joey Barton blush.

In the end, the East reigned supreme – a rare shock victory for the weaker nation. In the end, the West would go on to lift the trophy to have the most ultimate of last laughs. 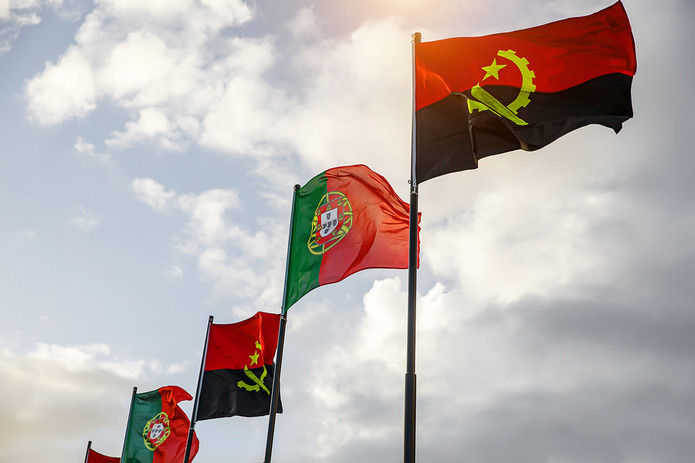 This was always going to descend into chaos given how the two countries have interacted in the past five hundred years or so.

Portugal had ruled over Angola since the 1500s, but the Angolans – sick of this imperialist rule – decided to go to war with their Portuguese masters in the 1970s.

The War of Independence ended in 1974 when a new regime was voted into power in Portugal, and they immediately handed independence to Angola and other Western African nations.

But not a bit of it. This 2001 friendly was one of the first times the two countries had met since independence was granted, and the bad blood was evident from the first whistle.

In the end, the game had to be abandoned after 67 minutes when an Angolan player picked up an injury. They had already had four men sent off and used all of their substitutions.

Previous Post: « Golf’s EurAsia Cup and Why It Has Been Dropped from the 2020 Schedule
Next Post: The Hundred 2020 Draft: Who Got Who as Cricket Makes British Sporting History »