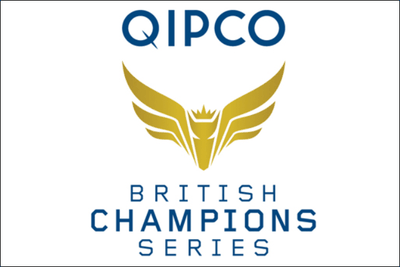 All good things, as they say, must come to an end.

Each year, the flat racing season culminates in October as the ground begins to soften and temperatures outside plummet, replacing the short sleeves of summer meetings with the overcoats and bobble hats that signal the beginning of winter in the UK.

And what better way to bring the curtain down on the campaign than with British Champions Day, in which the best horses of all race lengths descend on Ascot to see who will be crowned the finest around.

It is a meeting which acts as the culmination of the British Champions Series, with the Ascot showpiece acting as the ‘final’ of each of flat racing’s five different divisions.

With more than £4 million in prize money available on the day, you can see why connections are keen to get their horses into the mix for honours. But there’s more than just cold hard cash on the line: trophies and titles is really what gets the juices flowing of the best in British racing.

The British Champions Day was devised as a way to celebrate the end of the season in one place; before, the key races were held at separate meetings at Ascot and Newmarket, which rather diluted the prestige of the occasion.

What of the British Champions Series itself? Below we breakdown each of the categories and show what is at stake in each division throughout the flat racing season.

The fastest horses in the west (and north, south and east) take each other on in a six-race series that proves without question who is the quickest over five and six furlongs.

Five of the races are available to three-year-olds and up, so there’s not much nuance here: it is simply the speediest horse that will prevail.

There are a half-dozen qualification races before the British Champions Series concludes with the Sprint Stakes on Champions Day:

The specialists have an interesting schedule in that they tend to be kept apart until British Champions Day, where they battle it out in the Queen Elizabeth II Stakes – the richest one-mile race in Europe.

The one-mile category gets underway with a pair of races aimed solely at three-year-olds: the 2000 Guineas and the St James’s Palace Stakes. Subsequently, the next two races in the British Champions Series are for four-year-olds and older: the Lockinge and Queen Anne Stakes.

The female of the species gets a chance to shine in the Sun Chariot Stakes, while all ages and genders meet in the Sussex Stakes.

So, the six qualification races are:

The British Champions Series for the one-mile brigade concludes with the Queen Elizabeth II Stakes, which is worth a cool £1.1 million to the winner.

One of the categories of the British Champions Series is open only to fillies and mares.

This is a series of six races held over a mile or longer, and in which horses aged four, five and older take each other on.

Kicking off with the one-mile 1000 Guineas early in May, the series ends on British Champions Day with the aptly-named Fillies & Mares Stakes in October.

The six qualifying races are:

A category that sits between the one-mile mark and the stayers, the Middle Distance bracket is one of the most fiercely contested of the British Champions Series.

It features many of the finest flat racers around, and in 2019 racegoers have been thrilled by the battles waged between Enable, Crystal Ocean, Japan and a cast of exciting others.

The six qualification races are:

The Middle Distance category culminates with the Champions Stakes at Ascot.

This is a bracket in which owners tend to be a tad cannier with where they enter their horses, which is perhaps why the six feature races in 2019 have seen five different winners. The close scheduling between the Champion Stakes and the Prix de l’Arc de Triomphe has also been a problem in the past.

The Long Distance category brings together the best big-lunged horses around in a British Champions Series bracket dedicated to races of one mile, six furlongs in length or longer.

On British Champions Day, the series concludes with the Long Distance Cup.

This is a category dominated by Stradivarius in recent times, the incredible two-time Stayers’ Million winner who looks unbeatable with Frankie Dettori in the saddle.

Previous Post: « Total Network Solutions and the History of TNS Football Club
Next Post: Golf’s EurAsia Cup and Why It Has Been Dropped from the 2020 Schedule »