According to those in the know, October 2019 was one of the wettest months in years.

It certainly played havoc with the UK and Irish horse racing schedule, with postponements and abandonments commonplace as autumn gives away to colder, crisper temperatures.

One race that did not survive the downpours was the Vertem Futurity, a Group 1 affair that helps to identify some of the best two-year-olds in the business.

The original date proved to be a washout with Doncaster experiencing heavy rainfall that fell across the middle of England, and the whole meeting was ultimately lost to the weather.

However, all is not lost because help is at hand. The Vertem Futurity will instead head north to Newcastle racecourse, which possesses its own artificial ‘Tapeta’ surface, which can survive all but the freakiest of weather patterns.

This is the final Group 1 race of the British flat season, so it simply has to be run, and credit should go to all officials at Newcastle for their willingness to get the race on but also in their foresight for investing in an artificial surface – the same location that saw the debut of the incomparable Enable three years ago.

The Met Office has confirmed that the UK is getting both ‘hotter and wetter’, and since July alone meetings have been cancelled both due to a heatwave and severe waterlogging – which nearly laid waste to the prestigious British Champions Day at Ascot.

With more chaotic weather expected in the coming years, surely now is the time that there is more investment in all weather racetracks?

Worst of the Decade

Even with a couple of months to spare, 2019 is shaping up to be one of the most weather-affected years seen in UK and Ireland as far as racing is concerned.

But even so, it will take some going to better the stats witnessed in 2018.

All in all, more than 60 meetings were cancelled in Great Britain in 2018, of which the majority were over jumps – suggesting that our autumn and winter months are getting wetter.

Indeed, conditions were so tricky in ’18 that five all-weather meetings were also cancelled.

It is costing the industry plenty of money in gate money and betting revenue, and especially so at the smaller tracks without a blockbuster meeting and which are more sparsely attended. Most still pay their staff even if the meeting is wiped out, and that can put a serious dent in their annual earnings.

Come Rain or Shine: A History of All-Weather Racing

Back in 1984 and into ’85, the UK experienced one of its wettest ever winters, and that would ultimately see some 72 jumps meetings cancelled.

Something had to be done, and the possibility of utilising all-weather tracks was broached seriously for the first time.

But it wouldn’t be until 1988 when the first such track, an Equitrack surface at Lingfield Park, was installed at a major UK venue.

A year later, Southwell opened its own all-weather surface, and in October 1989 the first all-weather meeting was held at Lingfield.

In the mid-90s Wolverhampton joined the ranks of all-weather courses, and the Wulfrun Stakes would become the first Listed race in the UK to be contested on an artificial surface in 1995.

In the early noughties, Lingfield and Wolverhampton dug up their existing artificial surfaces and replaced them with Polytrack, a material which is still used to this day.

In 2005, the first ever Group race on the all-weather, the Silver Trophy Stakes, was held, and a year later it was recorded that nearly a third of all flat races were hosted on all-weather tracks.

Dundalk, Ireland’s first all-weather course, opened shortly after, while the idea of the All-Weather Championships was first floated. The ARC pumped an extra £2 million into the coffers to try and get more top-flight owners and trainers into the Polytrack game.

Today, there are many more all-weather tracks used in the UK, and both day and night meetings on the surface continue to flourish come rain or shine.

Here’s the most popular UK and Irish all-weather tracks, and the material used:

Tapeta and Polytrack: Made of the Right Stuff

Most synthetic tracks in the UK utilise one of two popular surface materials: Tapeta, as is the case at Newcastle and Bath, or the more traditional Polytrack, which is used at Kempton, Dundalk and others.

Polytrack, which is a brand name like Hoover or Velcro, is still the most common surface in the UK. It’s actually a recycled material made of synthetic fibres and bits of old carpet, mixed with rubber, to make for a spongier, more forgiving surface for hooves.

Tapeta is a more contemporary material, and has a look and feel similar to that of the dirt tracks in the USA and the Middle East. It’s a mix of sand, rubber and other fibres, and usually laid a couple of inches thick on top of asphalt.

Are Artificial Surfaces Better for the Horses?

Unfortunately, it’s not all good news as far as artificial surfaces are concerned.

The Thoroughbred Health Network has concluded that ‘a higher incidence of injury has been reported on all-weather surfaces than turf.’ Their research found that fatal fractures to the ‘proximal sesamoids’, which is a set of small bones found at the back of the fetlock, are more common on synthetic ground.

However, their findings reveal that artificial surfaces are better for horses than dirt tracks.

All of the above was seconded by Andrew Clarke in his investigation ‘Review of Safety of Turf Versus Non-Turf (Synthetic and Dirt) Racing Surfaces’.

How Does Track Surface Affect the Betting?

If the Vertem Futurity Trophy had gone ahead at Doncaster, it would have been played out in heavy conditions – which we know would have some impact upon the betting market.

But the switch to the all-weather at Newcastle will still brings its own changes, as this is a typically faster surface which suits those who are fleet of hoof.

Generally, modern synthetic surfaces do a decent job of ‘mimicking’ grass and mud, however they are spongier and more resistant to the wet. That said, the speed of an artificial track will still be determined by the weather, i.e. if it’s dry it will run much quicker than if it’s wet.

And another note: the sand-based surface at Southwell tends to be slower than the more traditional Polytrack ground at Lingfield, Kempton and Chelmsford City. Tapeta tracks, like Wolverhampton, run even quicker still.

So, in summary, all-weather surfaces tend to favour quicker horses – although heavy rain can still slow the track down.

What is the All-Weather Championships? 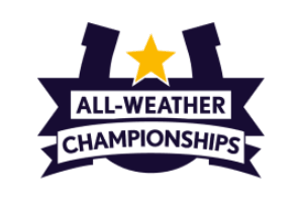 It was back in 2013 that the Arena Racing Company (ARC) founded the All-Weather Championships, with the aim of promoting more interest – and a better quality – of racing on artificial surfaces.

The series has grown exponentially over the past few years, and today the All-Weather Championships Finals Day is one of the richest prizes in UK racing, and the most monied all-weather meeting in Europe.

The aim is to find the best all-weather horses in a variety of disciplines, with more than 200 qualifier races held at the UK’s all-weather tracks – Chelmsford City, Kempton Park, Lingfield Park, Newcastle, Southwell and Wolverhampton – feeding into the leaderboards.

These qualifying races take place between October and Easter, with the best horses in each category going on to compete for the big bucks in the All-Weather Championships Finals at Lingfield Park on Good Friday.

The six categories, similar to the British Champions Series on the turf, are:

Previous Post: « Is this the end of the Lucky 15, 31 & 63 Bonuses?
Next Post: The UK Gambling Black Market: Do We Have a Problem with Illegal Betting? »