For 95% of the meeting, organisers of the Breeders’ Cup at Santa Anita Park could breathe a sigh of relief.

Despite their frankly horrendous record of fatalities, there were no real issues at the Californian track and it seemed as if recently introduced safety measures, including whip usage and the medication of horses, had made a key difference.

But just as everyone was beginning to pat themselves on the back over a job well done as the last race of the festival entered its last furlong, disaster struck.

The Breeders’ Cup Classic was into its business end, and while those in the mix for honours battled to the line, it was the injury suffered by the one that didn’t that naturally made the headlines.

Mongolian Groom, a Grade One winner this season, suffered a major leg injury that would ultimately lead to him being euthanized.

Sadly, 152 horses made it to the finishing line over the course of the two-day meeting and return to their stables around the world. But one didn’t, and it is that horse that will once again lead to campaigns for Santa Anita Park to be banned from hosting race events.

There was a heavy presence of animal welfare campaigners at the Breeders’ Cup, as there has been at previous meetings at Santa Anita, and with the national media in the US and worldwide starting to take notice, action will surely follow.

And when you look at the fatality record of horses at the track, it’s hard to really argue against it.

More than 30 horses died at Santa Anita in the first half of 2019, either when racing or in training. And while that number has started to decelerate since new safety initiatives were introduced, clearly a death at a high-profile meeting like the Breeders’ Cup is going to restart the conversation about the safety – or lack of it – at the track.

Unfortunately, the current figures regarding deaths at the Californian course are nothing new. Data released by the California Horse Racing Board reveals that there were 44 fatalities in 2018, 64 the year before that and an all-time high of 71 back in 2011.

But what is interesting is when we compare Santa Anita to other racetracks in the US using a generally accepted method of deaths per 1000 starts: 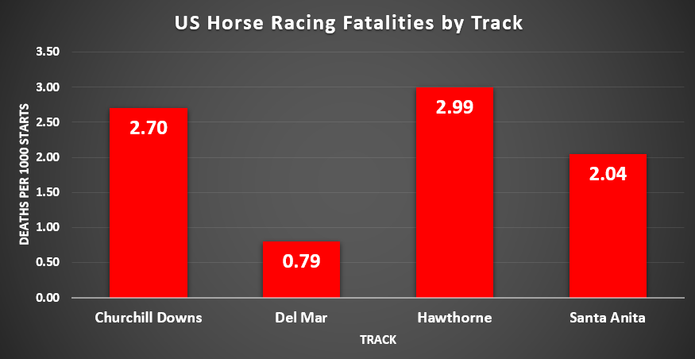 We note that Santa Anita is nowhere near as ‘dangerous’ as some of the other high profile tracks in America, with Churchill Downs – host of the Kentucky Derby, amongst other prestigious races – causing more fatalities per 1000 starts than the ostracised Santa Anita.

However, an important distinction is that this is deaths in racing only; the California course has a pretty wretched record when it comes to fatalities in training as well. 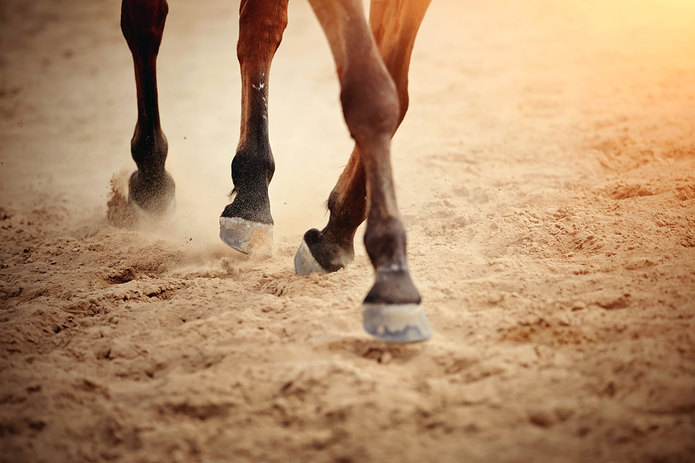 Clearly, there is an obvious case for Santa Anita switching to a safer synthetic surface from its current dirt track set-up.

That would enable the course to rebrand itself, cut that fatality count and close the door on any investigations that might bring an end to racing at a track that has been around since 1934.

Synthetic surfaces are not all that widely used in American racing, although the likes of Arlington Park and Golden Gate fields do have such artificial tracks at their courses.

The upshot? Fewer fatalities, for sure, and while there tends to be an increase in soft-tissue injuries those are a minor annoyance that keep a horse from racing for a couple of weeks at a time.

Worldwide, the trend is that synthetic surfaces are the safest tracks for horses to run on, with turf the next best and dirt by far the most dangerous.

So really, switching to an artificial ground is a no-brainer despite the cost of installing such a surface, although Aidan Butler, a key figure in Californian racing who would have a major say on that for the Stronach Group, was non-committal when asked if Santa Anita was considering such a move.

“It’s not like even the big companies have the materials on a shelf. What’s the expression? Measure twice and cut once. Take your time to do it right and then do it right.”

Nobody is quite sure what that means, but it should be noted that Santa Anita had a synthetic track in the past, where its fatality rate was as low as 0.84. However, many of the leading trainers and breeders in the US focus their attentions on dirt specialists, which means that Santa Anita – if it were to revert back – might not be able not attract the best horses.

By way of comparison, Keeneland’s fatality race has more than doubled since it made the switch from synthetic to dirt: up to 2.16 deaths per 1,000 starts from 0.89.

Ultimately, this is a question of commercial gain against equine welfare. Unfortunately, in a sport where money more often than not talks, common sense does not always prevail.

Previous Post: « Cricket Match Fixing: Just How Deep Does Corruption Run?
Next Post: Rugby Salary Cap vs Financial Fair Play: What Is the Difference, and Which Is Stricter? »