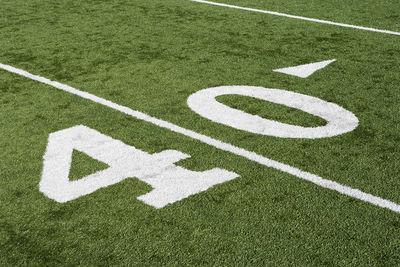 They say that life begins at 40, although in sport it’s fair to say that this is the age where the great and good are putting their feet up and enjoying retirement.

Well, not everybody does, anyway.

It was revealed recently that former Leicester City, Derby County and Wales midfielder Robbie Savage will be coming out of retirement at the sprightly age of 45.

The pundit and radio star will be turning out for Stockport Town in the eleventh tier of English football, and he can be sure of a ‘warm welcome’ in the North West Counties Football League (NWCFL) First Division South given his rather Marmite personality.

Savage has insisted that this isn’t a publicity stunt, and he wants to play his part in helping a generation of footballers rejected by professional clubs to find their way back into the paid ranks.

At that level, Savage will find the football to be fast-paced, aggressive and all-or-nothing, although of course the quality will be a lot lower than what he was used to during his ‘main’ career.

And that got us thinking about the sporting aces who are still, or at least were, competing at the highest level as they enter(ed) their fifth decade on earth.

These are machines, no less – these are not oldies going ‘oooh’ as they creak and crack getting in and out of their armchair, or having to hold on to the handrail of the stairs rather than gliding up them two at a time.

So let’s take a moment to praise the forty-somethings who are representing the older generation in fine style.

In a sport as physical as American football, it is testament to the brilliance and fortitude of Tom Brady that he is still one of the very best quarterbacks in the NFL.

Back in February 2019, he became the oldest QB in history to win the Super Bowl with his New England Patriots side, and the manner in which they have started the 2019 season suggest he could add a seventh Super Bowl ring to his collection.

With a decent pass percentage and a healthy touchdown rate, Brady continues to excel as he approaches his 43rd birthday.

Snooker is not a sport that demands the greatest of physical prowess.

But in winning the major tournaments, played out over a couple of weeks with hours’ worth of concentration required, only the fittest tend to thrive on the green baize.

So step forward Ronnie O’Sullivan, the noted healthy living advocate who has enjoyed a new lease of life since turning 40.

Honing in on his 44th birthday, the Rocket has won nine ranking titles since entering his fifth decade, including two UK Championship’s and two Masters’ crowns – two prongs of snooker’s triple crown.

If Ronnie can win the World Championship title in 2020, he would become the second oldest world champion in the sport – would he look to take down his old mentor, Ray Reardon, who was 45 when he lifted the famous trophy?

It’s quite a common trope for boxers to go on into their forties.

Some need the money, some need the buzz and others – like George Foreman – feel like they have unfinished business in the ring.

He was a former WBC and WBA heavyweight champion of the world who had collided with the best in the business – Joe Frazier and Ken Norton are both on his CV.

Foreman retired in 1977, but something must have been nagging away at him because ten years later he made a full return to action.

He kept chipping away, winning against all manner of fighters before being offered a return to the big time against Evander Holyfield.

The now 45-year-old lost that bout but would return to the major stage in 1994, taking on Michael Moorer for the WBA and IBF straps.

Foreman rewound the clock and delivered a masterclass of heavyweight boxing, breaking down his younger opponent before delivering the knockout blow in the tenth round.

And he held on to the belts for three more years, eventually losing them in his retirement fight against Shannon Briggs at the age of 48 years and 316 days.

Of all the golf tournaments played worldwide, winning The Masters is arguably the toughest test in the sport.

Not only is taming the famous Augusta National course difficult enough, but it is a physical examination: long, and with extreme undulations, you need to be fit to get the job done.

So little was expected of the legend Jack Nicklaus, now aged 46, as he made an almost ceremonial trip to Georgia.

He won the US Open and PGA Championship in the year he turned 40, but then followed a six-year drought.

An unbelievable final round of -7 carried Nicklaus to the top of the Masters leaderboard, and he watched on as the likes of Greg Norman and Sandy Lyle fluffed their lines.

What an unbelievable career that Martina Navratilova enjoyed.

She won 18 grand slam titles as a singles competitor, and she even made an appearance in the final of Wimbledon 1994 at the age of 38.

But in some ways, her most incredible feats have come since she retired from singles action and instead played the occasional doubles tournament.

In 2003, at the age of 47, Navratilova partnered with Leander Paes to win both the Wimbledon and Australian Open mixed double titles.

And then, in 2006, she defied the ageing process once more, teaming up with Bob Bryan to win the US Open mixed doubles and become the oldest slam winner in history. That came 32 years since she won her first major!