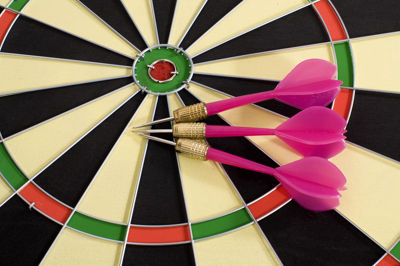 Given that we as a species have roamed the earth for nigh on one thousand years, and that ‘popular sport’ has been played for more than a century of that time, it’s always remarkable when history is made in a sporting context.

But history was indeed made in December when Fallon Sherrock became the first woman in history to win a match at the PDC Darts World Championship.

She saw off Ted Evetts 3-2 in a titanic clash that seesawed one way and then back the other.

But showing the composure under pressure that most of her male peers would give their right (or non-throwing) arm for, the 25-year-old held her nerve in the decider to ensure her place in the darting hall of fame.

Never before had a woman won a match at the @OfficialPDC World Championships.@Fsherrock has shattered that ceiling and look at the passion in the crowd! (🎥 @SkySportsDarts) pic.twitter.com/99iQjJHIdq

It might seem strange to note that a woman has never won a World Championship match, and while females have beaten the men on a number of occasions in a professional game this was the first time that the Alexandra Palace had seen a member of the fairer sex get the victory.

Are we about to see the male-dominated world of darts overthrown by the ladies? There’s absolutely no reason why not. 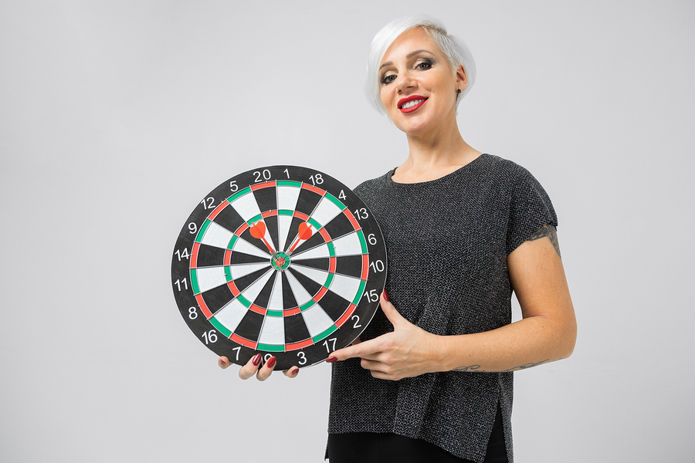 There are no physical advantages to being a man when playing darts, and indeed there are no barriers to entry for women in the sport whatsoever.

So why has it taken so long for women darts players to get the recognition they deserve?

Quite simply, as is still the case in this undeniably but frustratingly still male-dominated world across many levels, it’s all about opportunity.

Women have never had a chance to really play the men before on the biggest stages, instead they have been squirreled away in their own competitions on the amateur BDO circuit.

There is a women’s world championships held every year, formerly played at the iconic Lakeside club before the BDO’s shift to the O2 in London, but it’s a competition that has never received the publicity nor the prize money that it deserves.

Occasionally the PDC, which is the professional side of darts, have thrown the ladies an opportunity or two. They invited Gayl King to participate in the Worlds in the year 2000, before extending a similar opportunity to Anastasia Dobromyslova in 2009.

And then, in time for the 2019 World Championships, Barry Hearn and the PDC instigated changes to the qualifying structure to open up the tournament to male players from far flung corners of the globe and two female players: one from the UK & Ireland qualifying group, and another from the Rest of the World.

So Lisa Ashton and Dobromyslova became the first recipients of that opportunity, with the former winning the first set against Jan Dekker in their first-round clash before crashing out and the Russian being whitewashed by Ryan Joyce.

For the 2020 tournament it was Sherrock and Suzuki’s chance to shine, and wow did they both take it with both hands.

A chance….that’s all the best female darts players have ever needed.

All four of the ladies that have appeared in the PDC Worlds have shone, with Sherrock’s 91 average – which included nine 180s – right up there with the best in the business….regardless of gender.

They all owe a debt of gratitude to Trina Gulliver, who dominated women’s darts in the noughties and helped to take the sport to the next level. Indeed, the ten-time world champion has been awarded a MBE for her services to darts and charity work.

Her great rival in that era was Francis Hoenselaar, the Dutch lady who would taste World Championship heartache five times in the final – all to Gulliver. However, with not a dry eye in the house, she would eventually exact her revenge in 2009 to finally get her hands on the trophy.

Away from the Worlds, women’s darts has been dominated by Deta Hedman, who has won everything that the game has to offer apart from the big one. She will be hoping for at least one more chance to right that wrong.

There’s no doubt that the quality of the women’s game has improved, and that was down in part to Dobromyslova, the pin-up girl of ladies darts whose looks – and darting ability as a three-time world champion – saw her invited into a number of PDC events, where she excelled.

Doors opened by the Russian, the game has improved ever since. Lisa Ashton is a consistently brilliant four-time world champion who has unfinished business in both the men’s and women’s side of the sport, while in 2019 Miruki ‘The Miracle’ Suzuki captured everybody’s hearts with her infectious smile and captivating performances on her way to winning the World Championships.

Fallon Sherrock, remarkably, has never won the ladies’ version of the Worlds despite her obvious brilliance.

And yet, she’s arguably done more than anybody else to bring women’s darts to a wider audience with her victory at the Palace.

“This is definitely one of the best moments I’ve had. I’m just so happy!” she said after beating Evetts. “I’ve just made history. I can’t believe it. I’ve made a great achievement for women’s darts.”

How many more members of the fairer sex will be reaching for their darts in the wake of her ceiling-shattering win?

Previous Post: « Red Bull Gives You Wings: Are Brand-Led Clubs Set to Take Over the World of Football?
Next Post: Horse Racing Bloodstock: Why the ‘Unlawful’ and ‘Unethical’ Industry Needs a Shake Up »