There is a long history of footballers attempting to break into racing by purchasing shares in a horse or two.

For some, it is merely a hobby and a legitimate way to invest some of their plentiful spare cash into a project with, potentially, enjoyable and tangible results.

For others, it becomes an all-encompassing passion that eventually becomes their main source of income.

Into which camp Antoine Griezmann will fall only time will tell, but the French ace has already made his first foray into horse racing by acquiring a stake in Tornibush.

The horse enjoyed a decent career with six decent wins for Griezmann and trainer Philippe Decouz, including the Group 3 Prix du Pin.

The Barcelona forward has since retired Tornibush, who will now stand at stud in the Haras d’Ayguemorte yard.

The progeny of Dream Ahead, who himself has sired a number of Group 1 winners, will now be ‘hired’ to breeders for a fee of €2,000 – a drop in the ocean compared to Griezmann’s estimated yearly salary of €17 million, but this is a footballer with an ambition to breed the next generation of French racing stars.

Other horses already in the Ecurie Griezmann stable include Lily Spain, a half-sister to the Group 1 winner Lily’s Candle, plus two other racehorses and four yearlings, of whom the striker hopes will increase his chances of recording a big winner on French soil in the coming years.

Of course, the World Cup winner is not the only football star to enter the world of horse racing – with mixed results for those who have swapped the final third for the final furlong.

Here is a list of the best footballers turned racehorse owner/trainer.

The diminutive forward created history at World Cup ’98, becoming England’s youngest ever goalscorer at the time with a handful of frightening displays.

At the end of a fruitful career on the pitch, Owen turned his attention to horse racing by building his own Manor House Stables.

More than 90 horses are trained at the yard, and the undeniable pick of the bunch is Brown Panther, who Owen himself bred. He went on to win ten of his 26 starts, which included the Dubai World Cup, the Goodwood Cup, the King George V Stakes and the Irish St Leger.

Owen’s short stature has also seen him turn out as a jockey both in training and on the course, where he once finished second in a charity race at Ascot.

Not all footballers can translate their success in the beautiful game into the racing game.

Wayne Rooney has invested a reported £200,000 into a number of horses, including Switcharooney, Pippy and Tomway, but unfortunately the trio only managed to win one race between them.

They have since all been retired, and Rooney is yet to re-enter the world of horse ownership.

A controversial figure on the pitch at times, Joey Barton has been much more disciplined off-the-field as far as his horse racing endeavours are concerned.

He owns his own breeding operation, with all of his horses named after songs written by indie bands.

Barton’s most successful racehorse so far is My Propeller, named after an Arctic Monkeys ditty, who had wins in England and Scotland in an impressive career.

She was put into stud shortly after and has bred She Looks Like Fun, while Barton also co-owned Crying Lightening, a winner of a Listed race at Ascot, alongside former Manchester City teammate Claudio Pizarro.

One of the richest court cases in horse racing history involved Sir Alex Ferguson, John Magnier and Rock of Gibraltar.

The former Manchester United boss was gifted a 50% share in the horse by Magnier, a major shareholder at the club, but allegedly no agreement was made as to the stud fees that would have to be paid further down the line.

Rock of Gibraltar went on to win seven Group 1 races and at one time his value was estimated at a cool £200 million.

As part of their legal battle, Ferguson eventually settled out of court for £2.5 million. 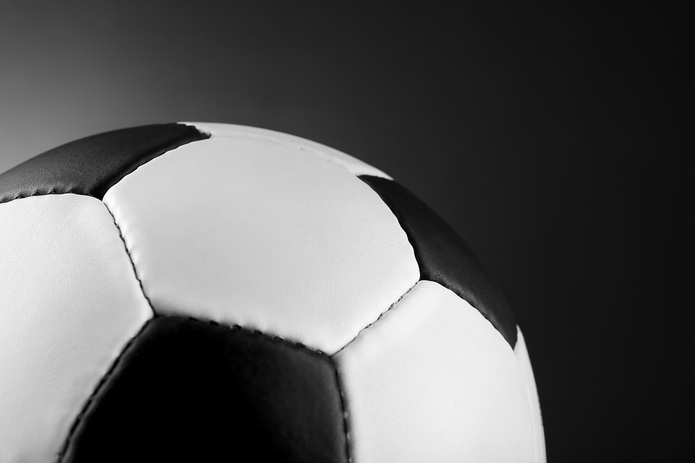 Some footballers have gone on to enjoy more success in racing.

In the 1960s and 70s, Mick Channon was an absolute goal machine for Southampton, and also netted 21 times for England in a stellar career.

When his playing days came to an end, he started a new chapter in his life as a racehorse owner/trainer, and it turned out to be a pretty smart move….

Channon has earned millions from his involvement in horse racing, training and in some cases part-owning a string of Group 1 winners including Piccolo, Samitar, Queen’s Logic and Youmzain.

Many of his former teammates and football colleagues have been keen to invest in such a winning trainer, with the likes of Ferguson and Kevin Keegan owning shares in his yard.

Micky Quinn, meanwhile, was a roly-poly striker who became a cult favourite for his larger-than-life personality and larger-than-average-for-a-footballer frame.

At the end of his career he also became a racehorse trainer, and since the 1990s he has trained a catalogue of winners across the UK and Ireland.

Previous Post: « Insider Trading and Information Leaks in Horse Racing
Next Post: What Is the SheBelieves Cup? »