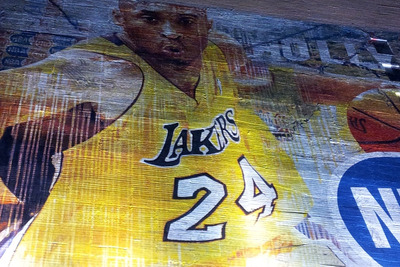 Standing 6ft 6in, Kobe Bryant always had that ‘larger than life’ thing going on.

But this wasn’t a man who used his lofty height as a way of bulldozing others: away from the basketball court, this was a quiet, thinking man with a huge heart beloved by everyone.

Sometimes, when a global sporting star passes away you can feel the heaviness of the situation, but also the love and the warmth that comes through in the condolences and remembrance of those who met them or were inspired to greatness by them.

At 41, Kobe Bryant was no age and that is only part of the tragedy that befell the NBA great on January 26; his daughter Gianni, 13, was also in the helicopter that crashed in the Californian city of Calabasas, with nine people in all losing their lives.

The worlds of basketball and sport stopped to pay homage to a legend, and to give an idea of how well respected Bryant was in all fields he was even remembered at the Grammy Awards – it’s so rare that a sporting star transcends simply throwing a ball into a hoop or kicking it into a goal etc.

It is, unfortunately, another death involving a famous sporting name caused by helicopter travel, which seems to have a disproportionately high fatality rate when compared to other modes of transport.

Why is that? And why are helicopter crashes seemingly always fatal?

Sadly, Kobe Bryant isn’t the only sports star to have lost their life in a helicopter crash.

In 1995, Colin McRae became the youngest ever driver to win the World Rally Championship, and he would later go on to be made an MBE for his services to the sport.

However, the Scot died in tragic circumstances in 2007 when the helicopter he was piloting crashed near his home, killing McRae, his son and two other passengers.

NASCAR hall of famer and Daytona 500 race winner Davey Allison lost his life in a helicopter crash in 1993.

He was piloting his own helicopter to watch friend Neil Bonnet race, but ran into complications when trying to land and was forced to crash land.

The Frenchwoman won an incredible three medals at the London Olympics in 2012, including gold in the 400m freestyle – setting a new Olympic record on the way – and silver in the 200m freestyle.

She was taking part in the French reality TV series ‘Dropped’ in 2015, but tragedy struck during the filming when two helicopters crashed in mid-air over Argentina. Muffat and nine other people died in the collision.

While not a sporting star in his own right, Vichai Srivaddhanaprabha was considered the man responsible for bankrolling Leicester City’s astonishing Premier League win in 2016.

Under Vichai Srivaddhanaprabha’s ownership, @LCFC claimed the most unlikely of Premier League title triumphs in the 2015/2016 season.

But he was more than that: investing heavily in local community projects and donating to a number of charitable causes in the area.

Vichai had watched Leicester draw 1-1 with West Ham before taking his customary helicopter ride home. But this time, the chopper ran into trouble – witnesses reported seeing the engine stop in mid-air – and it was only the quick thinking of the pilot, who directed the tumbling craft to an area where no people were on the ground, that prevented more fatalities.

Tragically, Vichai and everybody else lost their lives in the crash.

Why Do Helicopters Seem to Crash So Often? 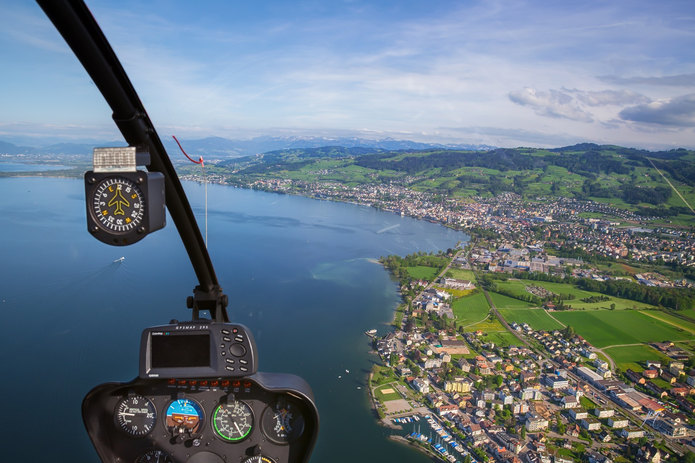 As with all modes of transport, it should be noted that there are thousands of helicopter rides taken every day that land safely at their destinations.

And, when discussing the sad deaths of ‘famous’ people such as sporting stars, may have the wealth to travel by helicopter: so, it is more likely that recognisable names will lose their lives in a plane crash than they would on a train or a charter aeroplane flight.

That said, there does seem to be a higher rate of helicopter crashes than any other mode of transport – discounting car crashes, of course, where human error is more of an obvious factor.

The National Transportation Safety Board (NTSB) is the governmental body in the US tasked with investigating the causes of major vehicle accidents.

In a research study, they found that aeroplanes (be it private or commercial) average 7.28 crashes for every 100,000 hours of recorded flight time. For helicopters, that rate increases to 9.84, which – when you consider the sheer number of flights taken every day – is quite a significant margin. 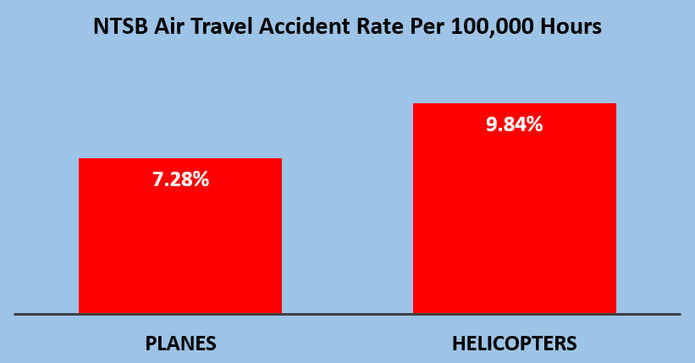 It should also be noted that helicopters are flown in different conditions to planes. Often designed to transport people short distances across land, they fly at low altitude – there are a number of dangers in this – and can be tasked with landing on terrain not all that suitable. The vast majority of helicopter fatalities occur when the craft hits the ground and the fallout from that – few chopper flights are taken over water, where survival rates would be higher.

In conclusion, we can say that actually helicopters don’t crash that often – it’s just that, when they do, the incident tends to be more widely reported due to the status of the people that they have on board. 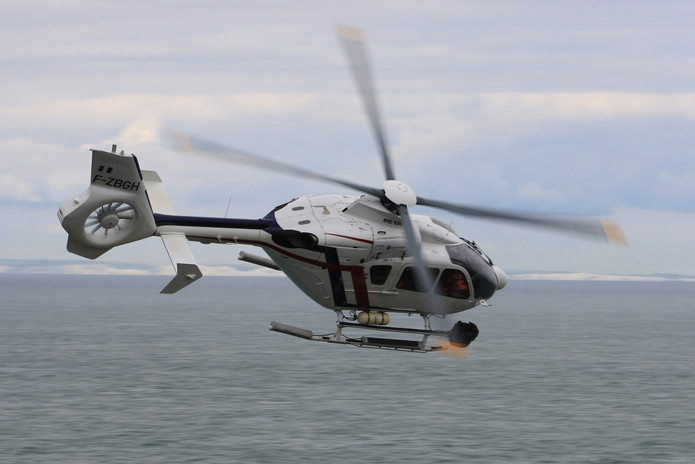 Statistically, helicopters are only fractionally less safe than taking a ride in an aeroplane. However, there are a few key differences to note.

One of the main reasons for a helicopter crash is mechanical failure, or at least how the vehicle can cope with an issue with its engine or other key piece of technology. After all, most commercial planes have two engines; not a luxury available to chopper pilots.

It is said by many experts to be much easier to land a plane in an emergency than a helicopter; by shifting pitch, an aeroplane pilot can ‘glide’ to the ground at a managed speed. In a helicopter, this is far more difficult to do, given that crosswinds also have to be taken into consideration. If there is engine failure in a chopper, the pilot has to use the rotors as their source of power – a tricky task, as you can surely imagine.

Don’t forget too that helicopters are more susceptible to extremes of weather. In the Kobe Bryant case – while investigations are ongoing – it is believed that thick fog was prevalent in the city of Calabasas, which could have impaired the pilot’s vision and judgement. Again, that’s just speculation right now, but helicopter pilots don’t have many of the safety measures available to other forms of aviation.

While not necessarily relevant to the leading sporting stars, who travel in style in the best available helicopters and planes, it is noted that older choppers simply don’t have as many back-up measures or safety systems built into them as aeroplanes. In short, if something goes wrong in a helicopter manufactured decades ago, the percentage likelihood of a disaster occurring increases exponentially.

It’s not that easy to find relevant stats for helicopter crashes, but the European Helicopter Safety Team (EHST) did report that between 2006 and 2010 there were 162 accidents involving helicopters – down from the 311 recorded between 2000-2005. Year on year, fatal helicopter accidents were down 17%.

The notion of safety is an interesting one. In 2017, 1,793 people were killed in the UK as a result of a car crash, with 24,831 seriously injured. Will you stop driving your car? No, because you need it to get you to work, to pick up the kids from school etc.

You know that the actual percentage chance of being involved in a car crash is low, and so you buckle up and hit the road. The same can be said for helicopter travel: the risks are there are obvious, but that doesn’t necessarily shape the decision whether to set foot in one or not.

Are Helicopters More Dangerous Than Planes? 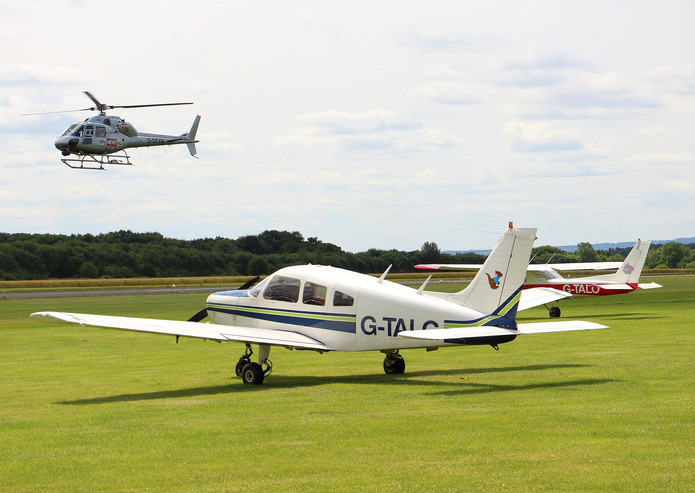 Over in the USA, it will be the job of the NTSB to investigate the cause of the crash that took the lives of Bryant, his daughter and the other seven tragic victims.

They found in a study they found that 80% of all commercial airline crashes are caused by ‘human error’, typically a mistake by a pilot or a lack of training/experience in a rookie pilot flying in tough conditions.

In that sense, flying in an aeroplane is just as dangerous as in a helicopter. However, the difference is that planes will tend to have the chief pilot, his co-pilot and an automated back-up system – auto-pilot to you and me – which minimises the likelihood of said human error occurring.

Many private helicopter flights, of course, will be manned by a single pilot, who doesn’t have a lieutenant to call upon nor many of the safety devices available to commercial plane operators.

Commercial flights also have the back-up of ground control operators, who help to guide them into land safely at their destination airport. Many helicopter pilots don’t have this luxury, and instead have to take off and land using their own judgement – not always a good thing, particularly if it is windy or visibility is low.

Previous Post: « Could the Coronavirus Mean that the Tokyo 2020 Olympic Games are Cancelled?
Next Post: Are the UK Gambling Commission’s Fines Getting Out of Hand? »