There are some words and slang terms that are deeply rooted in the vocabulary of the generation in question. Just when older people were getting their heads around ‘LOL’ and ‘ROFL’ along came selfies and twerking and Netflix and chillin’ with bae.

Sportswashing is another eminently modern term invented to describe how countries with questionable human rights records are using sport as a way to ‘wash’ away their misdemeanours and attract new people there.

One of the chief ‘culprits’ of sportswashing in the past couple of years has been Saudi Arabia, who seem to have realised that you cannot sustain an empire based on oil production alone.

So, the Middle Eastern nation is starting to throw some money around in a bid to welcome the best sporting action from around the world, and Formula One is the latest organisation to have been seduced by the oil dollar.

It has been reported that F1 has agreed to host an annual grand prix in Saudi Arabia from 2021 onwards, earning the sport a cool £50 million per year, and thus joining the likes of football, boxing and golf in sending top-class athletes to the country.

It is believed that the 2021 edition will see a street race in Jeddah, before a purpose-built race circuit is built in time for the 2022 outing. Aramco, the oil giant valued at $2 trillion, has already agreed a sponsorship deal according to the Daily Mail.

F1 has been to the Middle East in the past of course, holding grand prix races in Bahrain and Abu Dhabi – both which have questionable political CVs – as well as the likes of China and Russia, and so any notions of morality or doing the right thing go out of the window.

As they tend to do when there’s £50 million on the line….

It is thought that the term ‘sportswashing’ was dreamt up by Amnesty International, who coined the phrase to describe the decision of UEFA to hand Azerbaijan hosting rights for the Europa League final in 2019.

The Eastern European country has a raft of human rights violations to its name, and Amnesty claimed they were ‘trying to sportswash their image’ in the eyes and minds of people watching the game.

The term also has origins in the USA, where Dr Marcus Driver wrote in a 2012 blog ‘War is Crime’ that American culture was being brainwashed with sport, bringing the two words together. 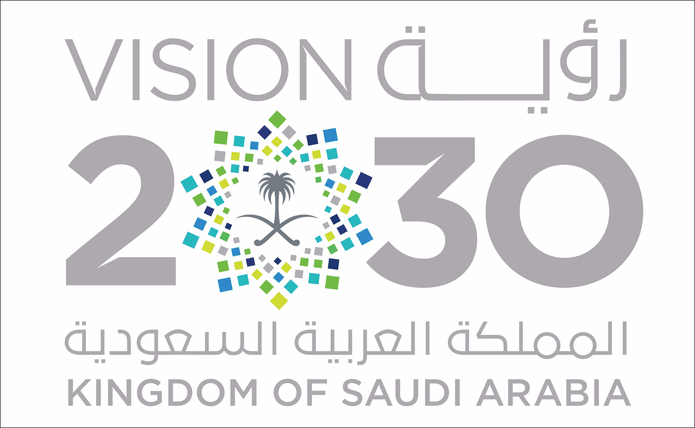 Because they need the money!

In all seriousness, the leaders of the country – including the Crown Prince, Mohammad Bin Salman Al Saud – want to future-proof the country from its over reliance on oil to generate money by developing new revenue streams.

The plan is called Vision 2030, which sets out the infrastructure that will turn Saudi Arabia into a major tourist destination by the year mentioned.

As part of the project, an ‘entertainment city’ is being built in the city of Qiddiyah, which is south of the capital Riyadh. This will feature high-spec theme parks, safari areas, aquariums and the like, and it is thought that many new sporting facilities – including the proposed race track will be built here.

In the end, the plan is to rival Dubai as a warm weather destination for shivering Westerners.

Are the Saudis guilty of sportswashing, or simply trying to turn over a new leaf as a more democratic society in the modern world?

Most who have witnessed the human rights violations in the country will need some convincing of the latter, and most suspect that the oil situation in Saudi Arabia is more dire than the royal leaders are letting on.

Still, sport is one industry that is not shy of chasing a quick buck, regardless of any other factors that might otherwise go into any decision making, and that explains why so many tournaments and competitions have been heading to the Middle East of late.

Eddie Hearn is not somebody who you suspect has a particularly well-aligned moral compass, and that’s perhaps why he sent one of his premier boxing clients – Anthony Joshua – to Saudi Arabia for the biggest fight of his life in December 2019.

There was absolutely no benefit to sending AJ off packing to the notoriously hot desert country other than financial, and raises doubts as to whether Hearn really cares about his prizefighter’s career or not. Defeat to Andy Ruiz Jr for a second time would have essentially ended his run as an elite-level campaigner.

Fortunately for him, Joshua won the ‘Clash on the Dunes’, and while boxing’s reputation got dragged through the ringer Hearn’s bank balance got a bit bigger – so every cloud, and all that.

But that wasn’t the first boxing bout in the country, with Amir Khan paving the way when he fought the unheralded Billy Dib in July 2019. Amnesty International tried to get the contest called out, but Khan dodged that and slipped his opponents punches to win.

His reward? A cool paycheque for £7 million.

Another boxer who trousered a handsome Arabian pay packet, albeit in fairly unusual surroundings, was Tyson Fury.

Somehow, the powers that be at the World Wrestling Entertainment group managed to persuade Fury not only to try his hand in a wrestling match, but also to fly out to Saudi Arabia for the privilege.

He ‘knocked out’ Braun Strowman, known as the Monster Among Men, to secure a count out victory in the King Saud University Stadium. Victory and a seven-figure paycheque….nice work if you can get it. 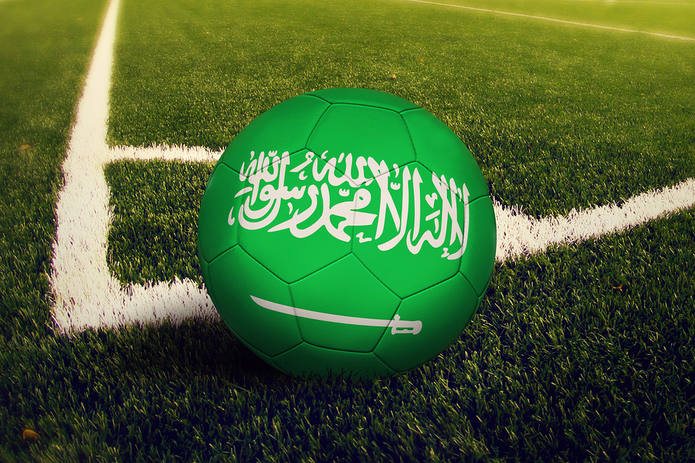 The Middle East has also hosted a number of high profile football matches in recent times, with the FIFA Club World Cup held in the UAE and the actual World Cup heading to Qatar in 2022.

Bizarrely, both the Italian and the Spanish football associations have also been seduced by the Saudi money-men.

The Spanish Super Cup final between Real and Atletico Madrid was held on neutral ground, as you’d expect, but rather than keeping it in the country the Spanish FA decided in their wisdom to fly it tens of thousands of miles to Jeddah in Saudi Arabia.

And there must have been something in the Mediterranean water when these deals were signed, because the Italian FA also sold out their domestic cup competition for some easy money.

The appeal of hosting sporting megastars such as Cristiano Ronaldo is at the heart of Vision 2030, and so organisers would have been delighted when CR7 scored the winner for Juventus in the Supercoppa Italia match in Saudi soil.

Money talks, we know that, and for some sporting stars their career at the top of their chosen profession is but a short one. 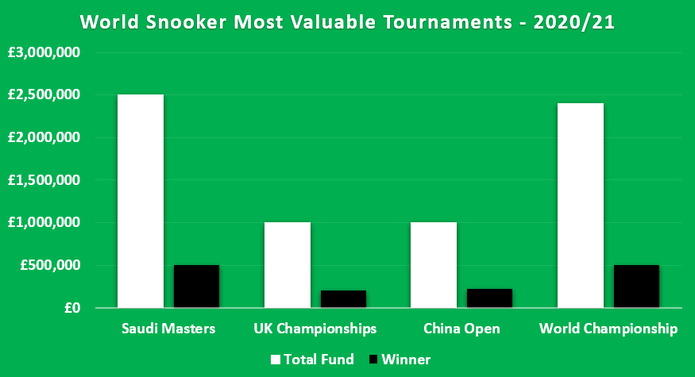 So you won’t see many snooker aces turning down the chance to play in the Saudi Arabia Masters, which will take place in October for the next ten years. The champion pockets a welcome £500,000 – the same payout as for the World Championship winner. 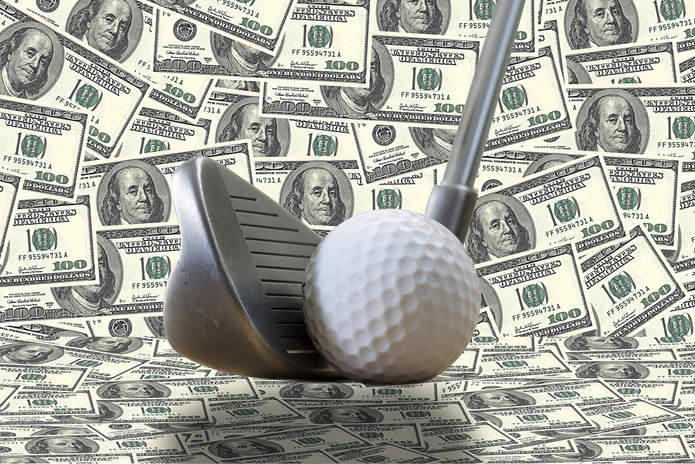 Other sporting stars don’t ‘need’ the Saudi appearance money, and so they have more of a choice as to whether they make the trip. When the European Tour, golf’s governing body on the continent, announced they were delighted to welcome Saudi Arabia to their rotation of events, the players had a moral dilemma on their hands.

Rory McIlroy, as on example, turned down a reported $1.9 million to play in the Saudi International, whereas others – such as former world number one Dustin Johnson – had no such qualms.

And 2020 will also see the first running of the Saudi Cup, a global horse race which will feature a mind-boggling kitty of in excess of £15 million. Could you afford to turn down such an opportunity?

As sure as night follows day, more and more major events will be sold to Saudi Arabia as sport once again sells its soul to the highest bidder.

Previous Post: « The Ban on Gambling with Credit Cards: Why and When Will this be Introduced?
Next Post: How Does Government Intervention Affect the Share Price of UK Bookmakers? »